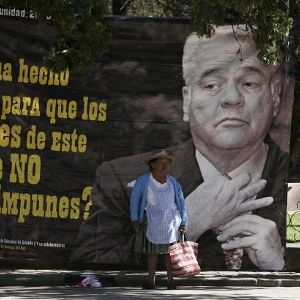 Previously, the defendants asked U.S. Federal Judge James Cohn to vacate the civil process approved against them in 2018. They must now pay US$10 million compensation.

The case was filed in 2007 under the Torture Victims Protection Act (TVPA) by relatives of eight people killed during social protests in October 2003.

The complaint stated that former top officials ordered the murders of civilians during a political crisis that led to Sanchez de Lozada’s resignation and his flight to the U.S.

This was the government of anes, that the west is now crying for her not to be prosecuted for her crimes, massacres, tortures, detentions 38 killed and 1500 injured! Bolivia deserve justice! https://t.co/gdGttnXZFa

The appeal trial began on March 5 in a civil court in Fort Lauderdale. The sentence held that soldiers deliberately fired deadly shots at civilians who posed no risk of danger.

Representing the defendants, Lawyers Firm Williams & Connolly announced another appeal to obtain a new trial. The Center for Constitutional Rights that took the plaintiffs’ defense said the decision comes after years of hard work for justice.

Despite several extradition requests by Bolivian authorities, both ex-officers enjoy political asylum in the U.S.

On this day in 2003, Neoliberal president of Bolivia ‘Goni’ fled the country after a month of massacres against the social movements.

Green energy is supposed to be all the rage among investors

Yamina MK Nir Orbach: “Even if I don’t agree with a...