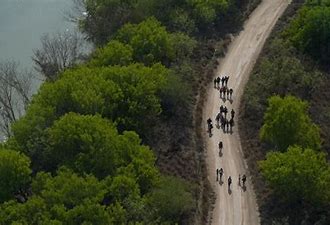 President Joe Biden’s Department of Homeland Security (DHS) introduced various measures to accommodate transgender and nonbinary individuals in its security processes as migrants continued to pour through the southern border.

The DHS Equity Action Plan calls binary gender a “construct” and strives to remove gender from the screening processes used in airports, border security and citizenship and naturalization processes.

Meanwhile, Border Patrol saw around 41,000 migrants cross the southern border in March alone. National Border Patrol Council President Brandon Judd told lawmakers that migrants from countries all over the world, including nations with terrorism ties, were coming over the border and that agents had apprehended 34 individuals with names matching those on the terrorist watch list.

Under the new plan, the Transportation Security Administration’s (TSA) PreCheck program will allow transgender passengers to self-identify their gender without providing medical documentation and will expand gender-identification options beyond the male-female binary to expand access to LGBT people, the document says.

On #TransDayofVisibility, DHS is announcing new measures to better serve all Americans, regardless of their gender identity.

The TSA will update its systems to align with the State Department’s “X” gender passports, provide “Gender Diversity Awareness” trainings to employees and shift to gender-neutral language, according to the document.

These efforts come on top of changes announced on Transgender Day of Awareness March 31, which included a new gender-neutral security screening system and plans to reduce pat-downs in sensitive regions. The TSA also told employees in February to stop considering gender when verifying passengers’ identity.

Customs and Border Patrol (CBP) will train its employees on gender identity and the use of gender-neutral pronouns and is incorporating an “X” gender option on its Trusted Travelers application.

The G-20 “family photo” Biden’s Position says a lot about...

Only 38 Percent of Hispanic approved of Joe Biden’s job