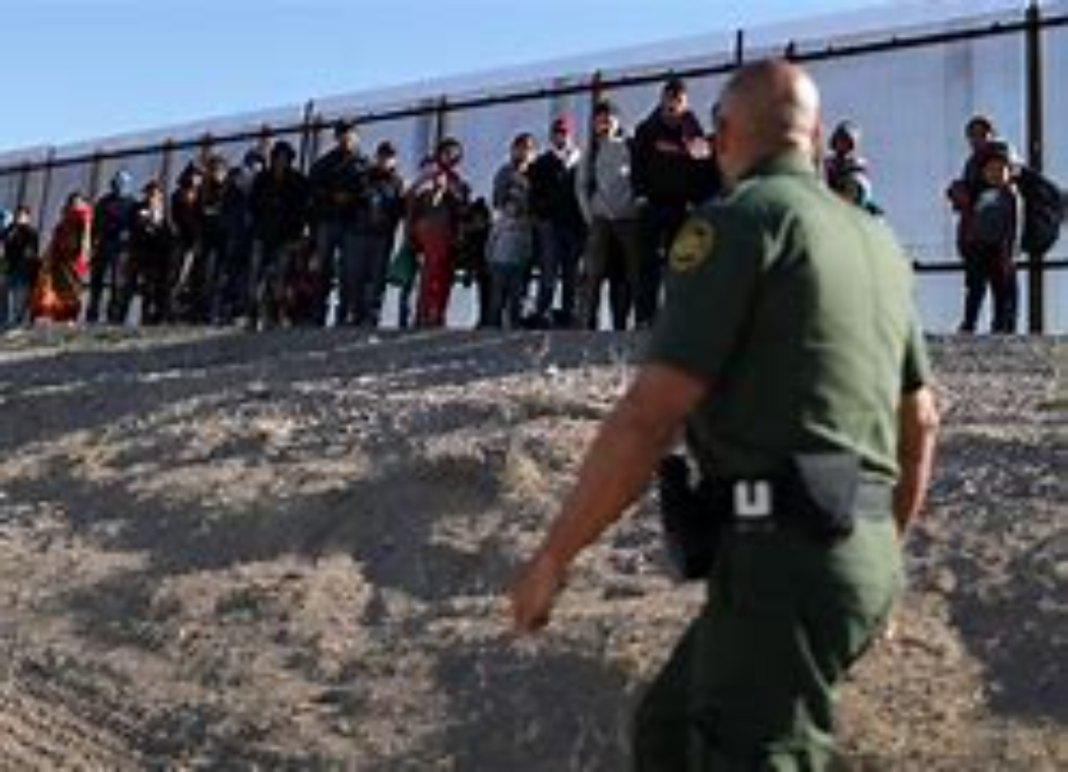 The Department of Homeland Security (DHS) is implementing a new policy to vaccinate illegal migrants at the southern border. Illegal crossings are at a twenty-year high and that is posing a public health threat, along with the humanitarian crisis. The plan is for them to receive the Johnson and Johnson vaccine, regardless if they are scheduled for deportation or will be held and then released into the U.S.

The Johnson and Johnson vaccine was chosen because it is a one-dose vaccine that will be more practical for transient people. If they aren’t showing up for processing their asylum claims with ICE, are they going to show up for a second dose of the Pfizer or Moderna vaccines? Not likely. A limited number of migrants have already received the vaccine while being held in longer-term ICE detention facilities. DHS will vaccinate them as soon as they cross the border and wait to be processed by Border Patrol agents.

The plan hasn’t been finalized and as with most Biden administration policies, the gist of the change is announced with little or no details. They want you to think they are doing something. In the case of the southern border, the Biden border crisis has produced such a humanitarian crisis that this new policy seems like a drop in the bucket. The only ones who won’t be offered a vaccine are those who are immediately deported upon arrival through Title 42. The Biden administration was actually thinking of discontinuing the use of Title 42 because the Bad Orange man used it to mitigate the spread of the coronavirus pandemic. As with the previous administration’s other border policies, the use of Title 42 has been very effective. Biden is so Trump-deranged that his hasty decisions to do away with Trump’s actions against illegal immigration have backfired spectacularly. Fortunately, Title 42 is still in place, despite pressure from open borders advocates.

DHS says it will “continue to monitor and reassess” pandemic protocols. This vaccine policy may actually help the human toll from border chaos if it protects Border Patrol agents and other law enforcement on the border. It can help mitigate the latest surge in cases due to the Delta variant. In Texas, for example, the daily case count exceeded 10,000 last week for the first time since February. Governor Abbott is fighting with the Biden administration to restrict bus companies and other transportation on the ground from moving migrants around the state or other states, spreading COVID-19. The latest development in that fight is that a federal judge issued a temporary injunction against the governor’s order.

Vaccinating migrants already infected with COVID-19 will do nothing to stop the spread of the virus. We have no idea how many of them are already infected as they cross the border because the Border Patrol doesn’t test them. They are too overwhelmed and short-handed to take the time to do that. Testing migrants falls to local communities where they are taken. Local communities along the border are over-stressed and have too few resources to cope with the flood of migrants, often dumped into their communities without advance notice being given to local officials. Border Patrol agents are experiencing an uptick in their own cases of COVID now that the Delta variant is a part of the equation. That means even fewer people are working on the border.

In July, 210,000 migrants crossed into the United States along the southern border, the highest one-month total in 21 years, according to preliminary DHS estimates. David Shahoulian, the assistant secretary for border and immigration policy at DHS, outlined the administration’s public health concerns in a court filing Monday.

“The rates at which encountered noncitizens are testing positive for COVID-19 have increased significantly in recent weeks,” Shahoulian said. “And although the rate of infection among CBP officers had been declining, this rate recently began increasing again, even though the percentage of officers and agents who have been fully vaccinated has grown significantly since January.”

“This has led to increasing numbers of CBP personnel being isolated and hospitalized,” said Shahoulian, whose declaration warned of potentially dire consequences if the Biden administration is no longer able use Title 42 public health code to rapidly return migrants to Mexico.

As Ed noted earlier today, McAllen, Texas has taken matters into its own hands. First, they declared a disaster emergency. Now it has set up a tent city to separate migrants who test positive for COVID-19. Some towns along the border have hesitated until now to make emergency disaster declarations, though they have been encouraged by Governor Abbott to do so. That is changing now. McAllen Mayor Javier Villalobos, whose city is the largest in Hidalgo County, issued a disaster declaration on Monday. This was the same day that Hidalgo County Judge Cortez also made the declaration. They have no other choice because of the number of migrants – hundreds every day – coming into their communities.

Wednesday night, McAllen erected six tents with a capacity to hold 260 migrants. McAllen City Manager Roel “Roy” Rodriguez said this was part of the “extraordinary measures” that now have to be taken in order to protect the community’s residents. Migrants who have at least one family member test positive for COVID-19 will be housed in a tent. Some residents complained that the tents are too close to them so McAllen officials moved them further south to a county-owned facility away from residents.

These are the same city-owned tents that had been used in 2014 to help ease a first surge of migrants to the area in 2014, and are the same tents that House Speaker Nancy Pelosi visited when they were behind the Sacred Heart Catholic Church in downtown McAllen.

Cortez told Border Report that, on average, 8% of the migrants who are legally released by DHS officials to travel within the United States are testing positive for coronavirus.

To stop the spread of the virus within this border region, and to other U.S. cities, McAllen and Hidalgo County officials and Catholic Charities of the Rio Grande Valley (CCRGV) have partnered to test every migrant who is released.

The Obama tents are back in use, this time with the added problem of a pandemic among the flood of illegal migrants crossing the border. Did I miss Nancy Pelosi making a trip to McAllen this week to rail against the tents as she did during the Trump administration? Oh, never mind.