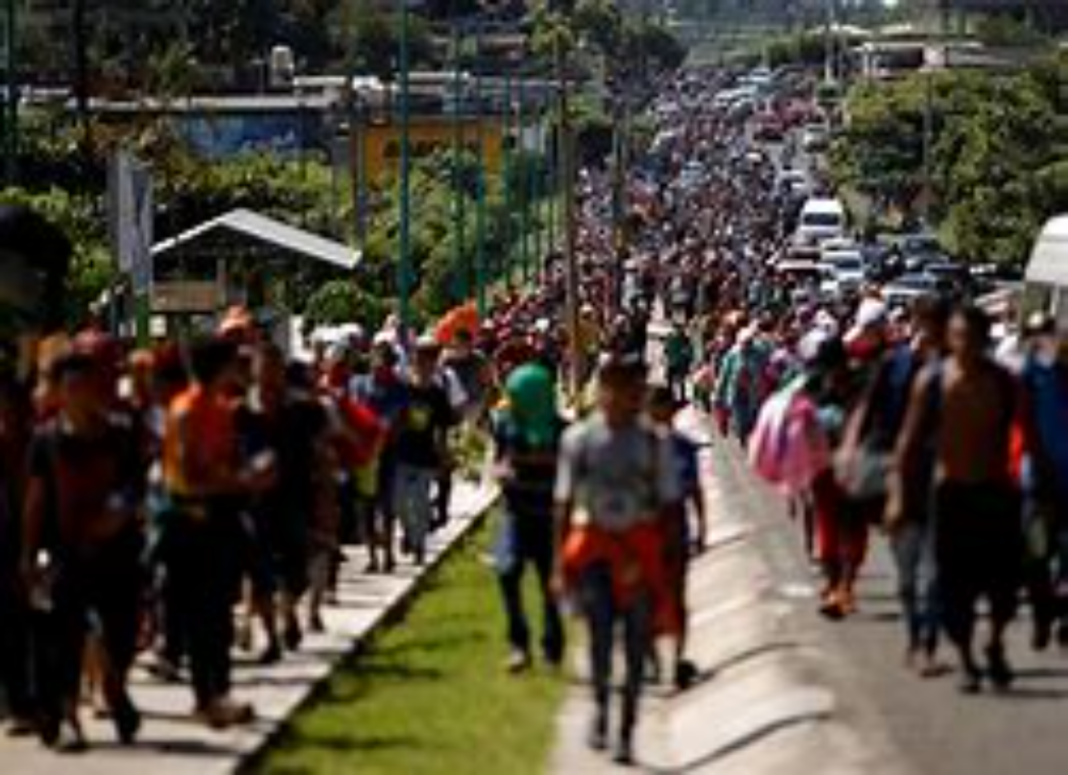 The Biden administration has been talking about ending Title 42 removals of migrants on the southern border for at least a month. The date that was under consideration was the end of this month, July 31. Last Friday the Free Beacon reported the end would in fact happen soon, reinforcing the idea that this month would be the end of Title 42. But today NBC News is reporting the Biden administration is having second thoughts about that plan because of the rising number of COVID cases.

The sources said the White House and the Department of Homeland Security had previously targeted July 31 as the date to end the public health order, known as Title 42, in internal discussions. But as of Tuesday, those plans were “in flux” and neither agency had sent plans to Customs and Border Protection on how to phase out the policy…

The possible pause or reversal of the plan to lift the order, issued by the Trump administration March 20, 2020, follows a surge in Covid cases in the U.S., particularly those caused by the delta variant, and several other recent events that have put pressure on President Joe Biden’s immigration policies.

Concern about the spread of the delta variant at the border is not unfounded. Today Fox News has a story up about the number of detainees who have tested positive this month:

There were 135 detainees who tested positive in the first two weeks of July alone, marking a 900% increase in confirmed positive cases compared to the previous 14 months.

The RGV sector is one of the main destinations for migrants crossing the border, seeing more than 2000 apprehensions each day and accounting for 60% of confirmed positive detainees in the U.S. Border Patrol custody.

Asking the Border Patrol to deal with thousands more migrants in the midst of a spike in COVID cases is asking a lot. The Border Patrol doesn’t test migrants when they encounter them, that usually happens later when they are being transferred somewhere. So this creates a real risk for agents on the front lines of this crisis. It’s an unnecessary risk since there’s no reason we can’t continue Title 42 removals until this spike in new cases passes.

But there’s another obvious reason the administration is having second thoughts. There were just shy of 190,000 border apprehensions last month, a slight increase from the previous month and a 21-year high. So, contrary to what Biden himself was saying a few months ago, we’re not seeing normal seasonal variation. And there’s every reason to think ending Title 42 could lead to another surge that continues to buck the seasonal trend. As NBC explained, “Some Border Patrol officials have expressed concern that lifting Title 42 would attract even more migrants to make the dangerous journey to the U.S. southern border.”

Biden, or someone on his staff, is belatedly realizing that this “challenge” at the border could turn out to be a real political liability if FY21 turns out to be a record-breaking year in terms of border apprehensions. Because if that happens it will certainly be featured in a lot of Republicans campaign ads next year and could hurt Democrats’ chances of holding onto the House and Senate. Biden would probably rather stick with Trump’s Title 42 policy than help create a disaster for his party.