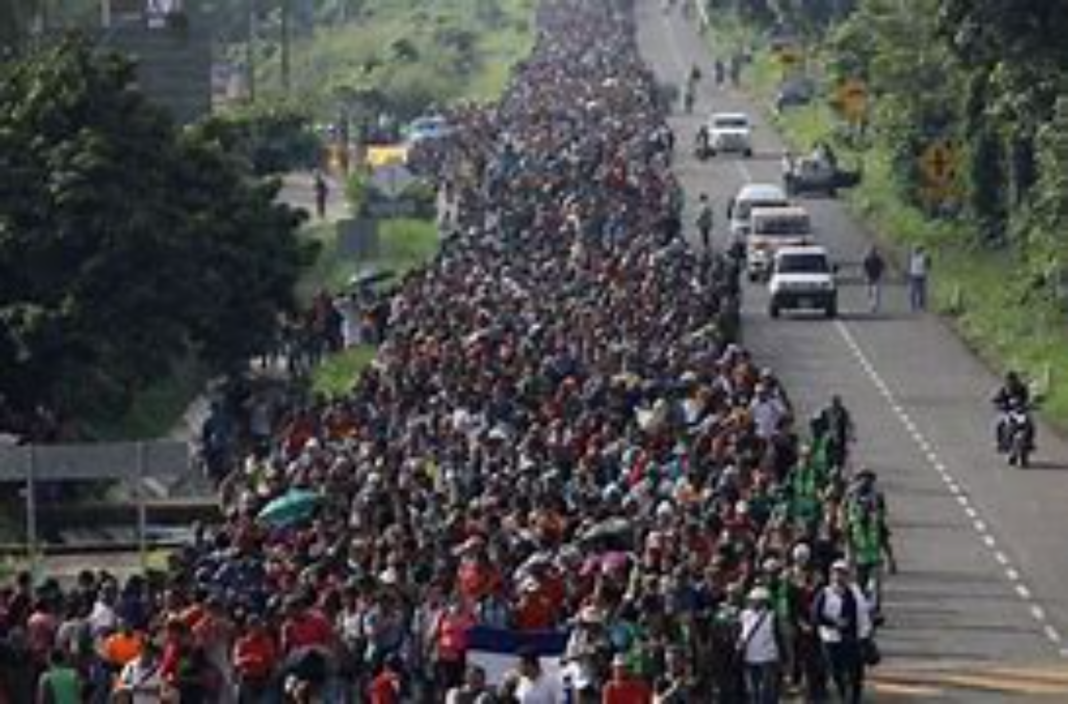 The official numbers haven’t been posted on the Customs and Border Protection website yet (as I write this) but should be up soon. In the meantime, the Washington Examiner is reporting the numbers are up slightly once again from last month.

Unofficial and preliminary calculations suggest that the number will be 188,000, said a knowledgeable source. At such a high level, it would show the flaw in the claims by the administration and the media that the Biden surge so far has been simply a seasonal trend that would stall in hot months.

“So much for the ‘seasonal’ lie they tried to fly that when it gets hotter, the numbers go down,” said Mark Morgan, the former acting commissioner of Customs and Border Protection.

If these numbers are accurate then it’s a pretty spectacular fail for the authors of that piece for the Washington Post’s Monkey Cage which claimed this was just seasonal variation. Back in March when the numbers started surging the Post published a piece titled “There’s no migrant ‘surge’ at the U.S. southern border. Here’s the data.” That story was wrong and (intentionally?) misleading. So much so that the Post’s own immigration reporter called it out on Twitter.

The authors then revised the piece and the headline was changed from the claim that “There’s no migrant surge” to the less dramatic “The migrant ‘surge’ at the US border is actually a predictable pattern.” The authors admitted there did appear to be a surge of minors that wasn’t just season variation but as for the overall numbers, it claimed “the current increase fits a pattern of seasonal changes in undocumented immigration combined with a backlog of demand because of 2020s coronavirus border closure.”

And that was picked up by people like Jen Rubin (and many others) who were eager to defend Biden from claims there was a crisis on the border:

Please see the Washington Post’s report of data. Statistically the assumption much of the press has made is false. There is no uptick. This is seasonal. Could there be individuals ? I guess . But review of the FACTS shows otherwise, https://t.co/f5u7XAUhyh

But the numbers this month don’t fit the seasonal pattern. Normally there would be a sharp drop off in border encounters as the weather gets hot. Even in 2019, which was also considered a crisis, the numbers dropped more than 25% in June. But last month it appears encounters were up by about 4 percent.

There is one caveat here which is worth mentioning. One reason numbers are up is that people are making multiple attempts to reenter the country after being expelled under Title 42. So some percentage of these figures are actually the same people trying 2, 3, or 10 times and getting caught more than once.

Finally, the Free Beacon is reporting today that the Biden administration is about to announce the end of Title 42 removals:

A senior federal official who spoke with the Free Beacon expects Biden to end Title 42—a law used by former president Trump’s Centers for Disease Control to block migrants from entering the country—sometime this month. As part of the preparation for that policy reversal, senior Department of Homeland Security officials warned staff that they will have to process up to 1,200 family units a day. That number of family units works out to 312,000 a year, assuming the border does not see any future surges. Following their release from custody, those migrants are in effect free to stay, said one DHS official, because many immigrants skip their immigration court hearings sometimes scheduled two years after they are initially detained.

It seems like the Bide administration is planning for more failure. As I pointed out yesterday, when the Border Patrol was overwhelmed in the spring, they stopped processing many migrants and instead gave them transportation to a local bus station and instructions to turn themselves in to an ICE facility within 60 days. But more than 60 days later it’s clear the vast majority aren’t doing that. At best, less than 25% are doing so. Most are simply disappearing into the country with no future court date for their asylum claims.

Maybe the Biden administration really thought the seasonal pattern would hold and by this point the number of people entering would be way down. But it appears that isn’t happening which means CBP is probably going to overwhelmed very quickly. So don’t be surprised to see more migrants released without even being processed at the border and then never heard from again. The administration keeps saying the border is closed but I think the migrants themselves can see that’s not true.

Update: Here’s the new data which was just added to the CBP website. As you can see, the total for FY21 is now over 1 million with three months still to go.