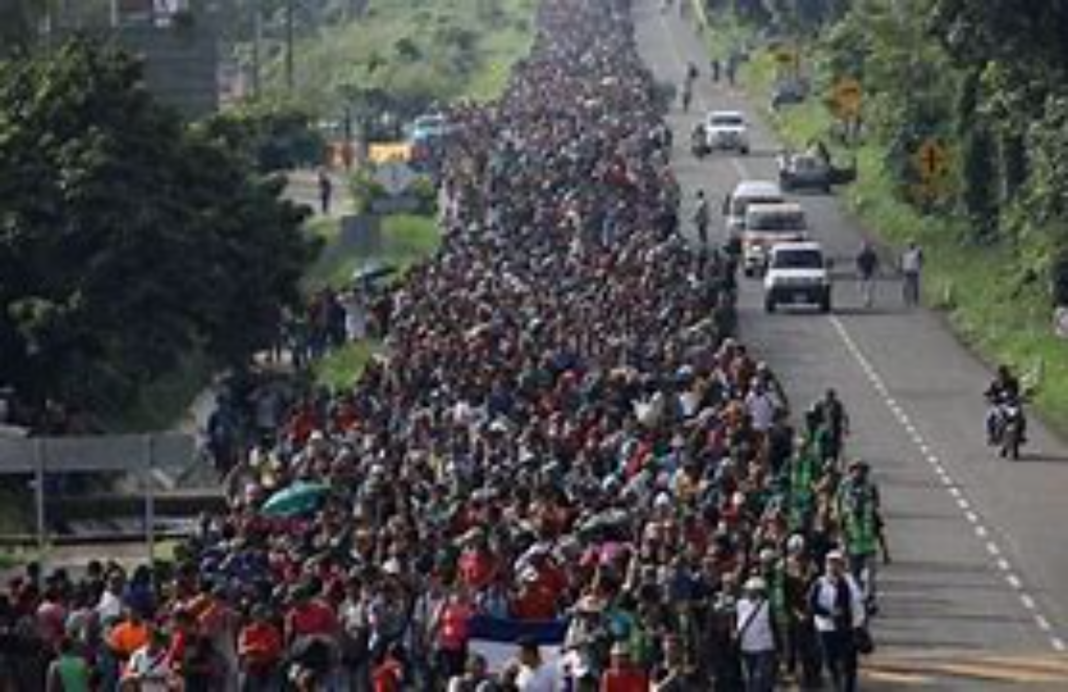 The Biden administration is closing four emergency shelters that house unaccompanied minor migrants despite admitting that the number of children crossing the southern border has not let up. They are still coming. To add to the administration’s apparent flip flop on the need for such emergency shelters, they were considering expanding one of the shelters that will now be closed a short time ago.

More than a dozen emergency shelters were hastily opened up last spring to accommodate the flood of unaccompanied minors crossing into the United States. The Biden administration decided to allow all migrant children to remain in this country and not send them back to family and guardians in their home countries. Human trafficking runs rampant at the border, thanks to Biden’s border crisis, including children. Coyotes are making lots of money off parents and family members who pay them to bring children across the border, knowing they will not be turned away.

The Department of Health and Human Services will shut two facilities in Texas and two at convention centers in California by early August, Aurora Miranda-Maese, juvenile coordinator for the agency’s office of refugee resettlement, said during a court hearing about custody conditions for migrant children.

Four of the large-scale shelters will remain open, including one that has faced criticism from immigrant advocates at Fort Bliss Army Base in El Paso, Texas, she said. Others are in Albion, Michigan; Pecos, Texas; and Pomona, California, she said.

Officials acknowledge that there is still a need for emergency shelters but they cite a 40% drop in children held at Fort Bliss as a reason to keep the shelter as it is, for now, no expansion needed. There are still unprecedented numbers of unaccompanied minors that need to be accommodated but they are being moved to state-licensed shelters which provide a higher level of care. They point to some success in reuniting children with family members or guardians, though the process has been very slow and success has only been in small numbers.

The question is whether the sweltering hot weather that has arrived will put a stop to such high numbers of migrants flooding the border. The journey is becoming more dangerous than it already is due to the possibility of death or health complications from exposure to the heat. At the present time, HHS has 15,000 children in its care, fewer than 3,000 in emergency shelters. Just last week, though, the number of children crossing the border increased.

The problems at Fort Bliss are being addressed. Miranda-Maese claims that the facility will be reconfigured in a more child-friendly way. For example, it will provide single cots instead of doubles. The screening process will move more quickly in order to release the children to relatives. Her comments were made in Los Angeles during a hearing in federal court. The court oversees a settlement governing custody conditions for migrant children.

The Long Beach Convention Center shelter is said to be one of the better ones so advocates for the children are voicing concern that it is being closed while one like Fort Bliss will remain open. Carlos Holguin, an attorney for the children, also noted the lack of transparency from the Biden administration in explaining which children go to state-licensed facilities while others are sent to emergency shelters.

HHS has a licensed bed capacity of around 13,500 equipped with a myriad of services, such as education and recreation, but given capacity constraints related to the pandemic, the department has had to rely on temporary sites to accommodate children. As the number of children declines, the department has been increasingly relying on — and attempting to grow — its licensed bed capacity.

There are more kids in licensed bed facilities than in emergency intake sites, Becerra said Monday.

“We will continue to ramp down on the emergency intake sites as we can accommodate the kids that we currently have or are projecting to have, but we have to have a place that they can stay, because we all agree that adult detention facilities at [Customs and Border Protection] are not the place for children and certainly we’re not interested in having kids out on their own without knowing where they are,” Becerra said, later adding that dates when leases end will dictate when sites close in some instances.

The humanitarian crisis due to the Biden border crisis is something that is unimaginable in a first-world country. Yet, here we are. The worst of the humanitarian crisis is the suffering of migrant children at the hands of coyotes and their own family members and other relatives. The Biden administration was caught flat-footed and hasn’t been able to catch up to the level of attention these children need. The HHS secretary only came to visit the Fort Bliss shelter on Monday. Kamala finally came to El Paso last Friday but didn’t get a full view of the problem, she chose a sheltered tour of an El Paso migrant processing office and press conferences on the tarmac instead of actually going to the border or even to Fort Bliss to see the situation for herself. She doesn’t want to know the truth. She can’t handle the truth. In the meantime, we get happy talk from the administration about how well things are going and that the border is under control.