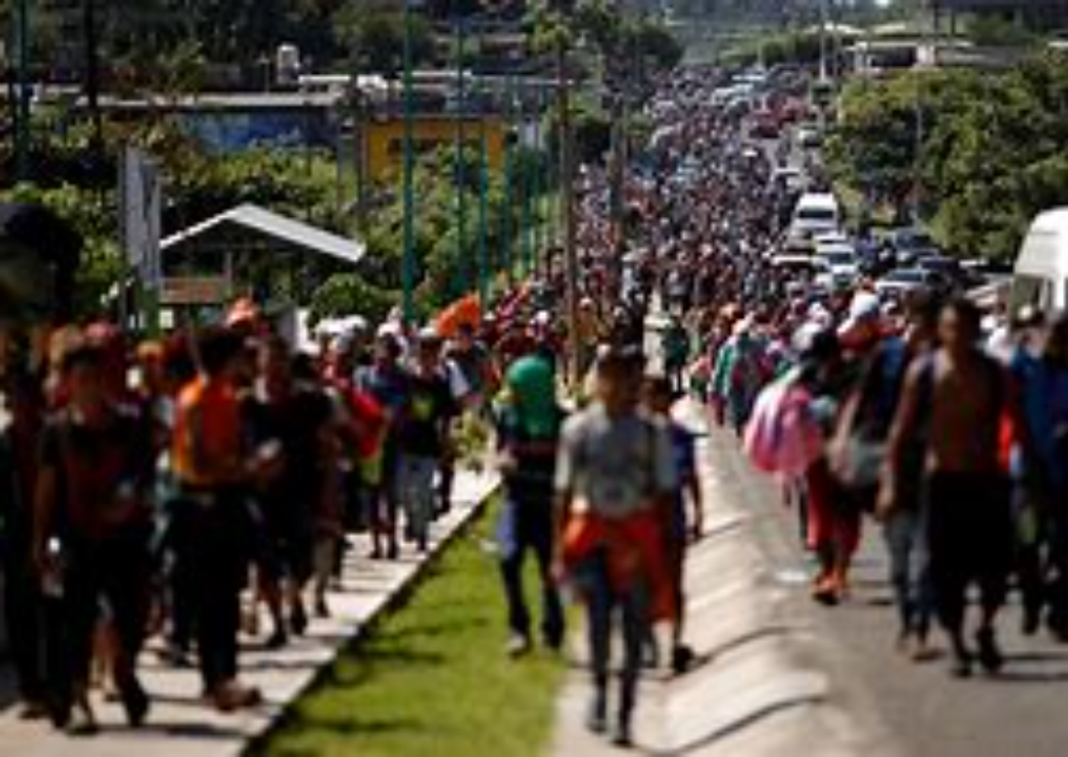 At least 60 people, including around 40 children, traveling with a migrant caravan through Mexico exhibited symptoms of either Dengue Fever or COVID-19, according to several reports on Wednesday night.

Despite the potential disease outbreaks, journalists covering the caravan said the group planned to continue traveling north from Pijijiapan, Mexico. Symptoms of Dengue Fever include fevers, aches and rashes, and the virus is commonly spread by mosquitos, according to the Centers for Disease Control and Prevention.

The Mexican Institute of Migration provided aid to several migrants traveling with the caravan, including tending to a Honduran father and son with blisters on their feet and transporting a Nicaraguan minor to the hospital for a fever, cough, vomiting and headache, according to the agency’s social media posts. Several other migrants were treated for flu-like symptoms and dehydration.

Mexican law enforcement officials, including members of the National Guard, reportedly clashed with the caravan outside of Pijijiapan, Mexico, the group’s leader, Luis Villagran, told an independent journalist on Thursday. Villagran said a few of the migrants were detained and taken to a crowded women’s facility, video shows.

Mexican officials are reportedly prepared to stop the caravan once they reach Arriaga, Mexico, about 60 miles from their current location, according to Villagran. Mexican law enforcement in riot gear previously stopped a migrant caravan moving through the southern part of the country and attacked people who tried to push past the officials, the Daily Caller News Foundation reported on Sept. 3.

The Mexican Institute of Migration did not respond to the DCNF’s request for comment.