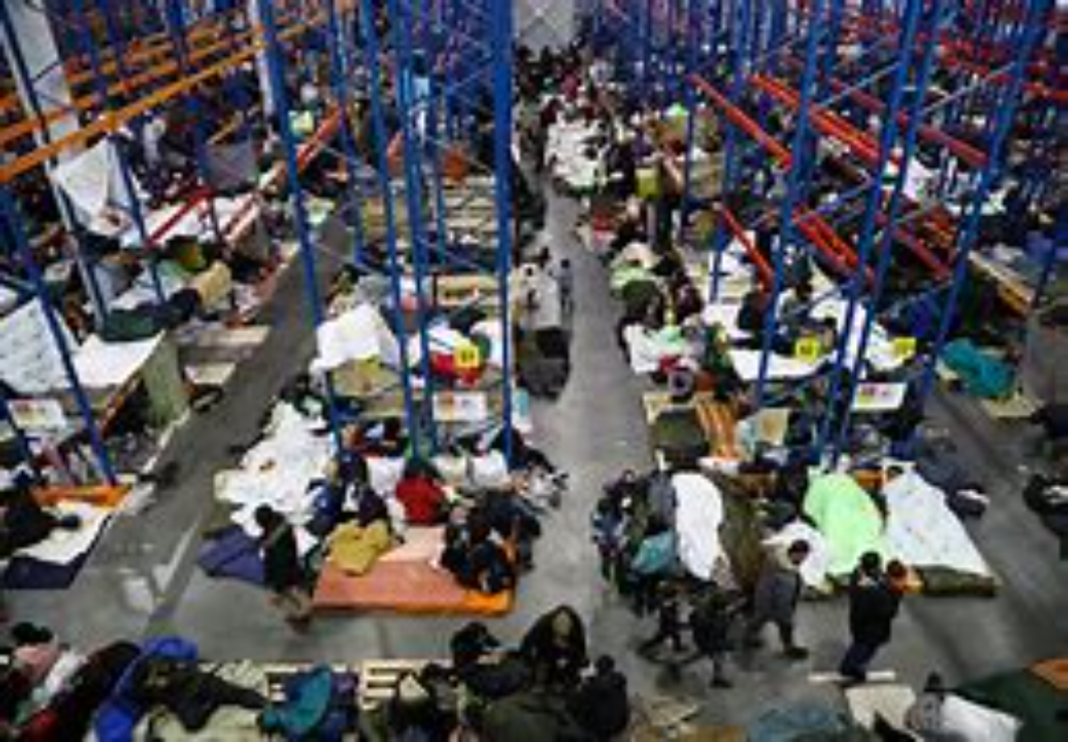 Poland accused Belarus on Friday of trucking hundreds of migrants back to the border and pushing them to attempt to cross illegally, only hours after clearing camps at a frontier that has become the focus of an escalating East-West crisis.

The accusation by Poland suggests the crisis has not been resolved by an apparent change of tack by Minsk, which on Thursday had cleared the main camps by the border and allowed the first repatriation flight to Iraq in months.

European governments accuse Belarus of flying in thousands of people from the Middle East and pushing them to attempt illegally to cross the EU border, where several people have died in the freezing woods. Belarus denies fomenting the crisis.

Polish Border Guard spokesperson Anna Michalska said that by Thursday evening, just hours after clearing the camps, Belarus authorities were already trucking hundreds back and forcing them to try to cross in darkness.

“(The Belarusians) were bringing more migrants to the place where there was a forced attempt to cross,” Michalska said. “At the beginning there were 100 people, but then the Belarusian side brought more people in trucks. Then there were 500 people.”

When the migrants tried to cross the border, Belarusian troops blinded Polish guards with lasers, she told a news conference. Some migrants had thrown logs and four guards sustained minor injuries.

Access to the border on the Polish side is restricted by a state of emergency, making it difficult to verify her account.

In an interview with the BBC, Belarusian President Alexander Lukashenko repeated denials that he had orchestrated the crisis but, asked if Belarus was helping migrants try and cross into Poland he said: “I think that’s absolutely possible. We’re Slavs. We have hearts. Our troops know the migrants are going to Germany.”

“Maybe someone helped them. I won’t even look into this,” he added.

The migrants from the camp on the Belarus side were taken on Thursday to a huge, crowded warehouse, and journalists were permitted to film them. Children ran about on Friday morning, and men played cards while one dandled a toddler on his lap.

Meanwhile in a hospital in Bielsk Podlaski on the Polish side, two migrants who had been caught after crossing were given treatment, only to be taken away by Polish border guards.

Before he was taken away, Mansour Nassar, 42, a father of six from Aleppo who had travelled to Belarus from Lebanon, described his ordeal during five days in the forest.

“The Belarusian army told us: ‘If you come back, we will kill you'” he said, in tears in his hospital bed. “We drank from ponds… Our people are always oppressed.”

Kassam Shahadah, a Syrian refugee doctor living in Poland who helps out in another hospital, said patients were terrified of being forcibly returned to Belarus.

Human rights groups say Poland has exacerbated the suffering by sending back those who try to cross. Poland says this is necessary to stop more people from coming.

“I have personally listened to the appalling accounts of extreme suffering from desperate people – among whom many families, children and elderly – who spent weeks or even months in squalid and extreme conditions in the cold and wet woods due to these pushbacks,” Council of Europe Commissioner for Human Rights Dunja Mijatović said after a four-day mission to Poland.

“I have witnessed clear signs of their painful ordeal: wounds, frostbite, exposure to extreme cold, exhaustion and stress,” she said. “I have no doubt that returning any of these people to the border will lead to more extreme human suffering and more deaths.”

The Polish border guards have recorded seven deaths at the border. Rights groups say more than ten people have died.

Europeans have shunned Lukashenko since a disputed election last year, but reached out cautiously this week, with German Chancellor Angela Merkel speaking to Lukashenko twice by phone.

But on Thursday the European Commission and Germany rejected a proposal that Minsk said Lukashenko had made to Merkel, under which EU countries would take in 2,000 migrants, and 5,000 others would be sent back home..

The United States accused Minsk of using the migrants as “pawns in its efforts to be disruptive”.

NATO Secretary-General Jens Stoltenberg said on Friday that the situation on the borders remained deeply concerning.

“Lukashenko’s regime’s use of vulnerable people as a means to put pressure on other countries is cynical and inhumane. NATO stands in full solidarity with all affected allies.”