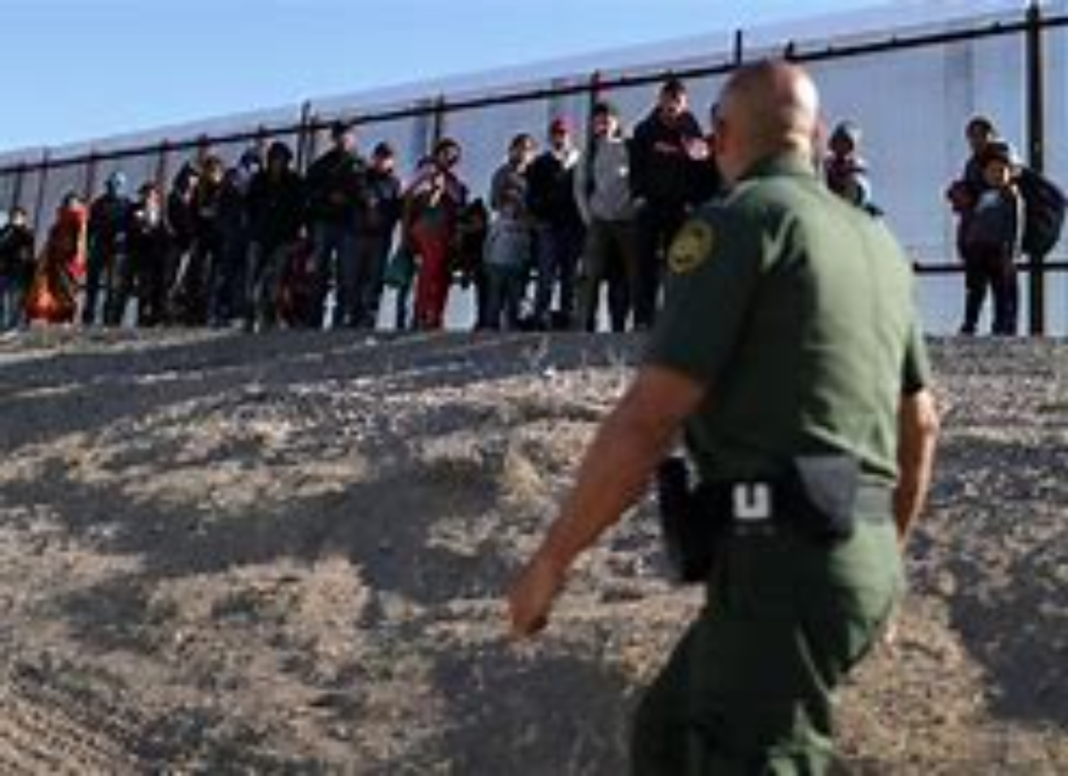 A human smuggler with 6 illegal aliens in his vehicle ran a stop sign while fleeing law enforcement and t-boned another vehicle on Saturday.

The victims of the car crash were identified as a mother and daughter from Mission, Texas, ages 59 and 22.

One of the illegals flew through the windshield (pictured) but survived the crash.

Photos of the car crash (all 6 illegal aliens survived):

NEW: A source provided me photos from the scene of the crash. One of the migrants was launched through the windshield, but survived. The only fatalities as of now are the two innocent people in the other vehicle. They haven’t been ID’d yet, pending notifications. @FoxNews pic.twitter.com/Bvmc6k96TM

Police have identified the victims of a car crash Saturday involving a human smuggler as a mother and daughter from Texas.

The alleged smuggler ran a stop sign while fleeing from police and T-boned the victims’ vehicle. He also allegedly had six illegal immigrants in his vehicle, all of whom are now in custody.

The alleged smuggler, an 18-year-old U.S. citizen, had six illegal immigrants in the vehicle at the time of the incident. The smuggler faces charges of felony evading and human smuggling.

Police may announce more charges for the victims’ deaths at an arraignment Monday, but officers previously said that they would only announce charges after the victims have been identified and their next of kin notified.

Chrissy Teigen is tired of being Cancelled

Facebook: White House to dictate Posts that should be Flaged for...