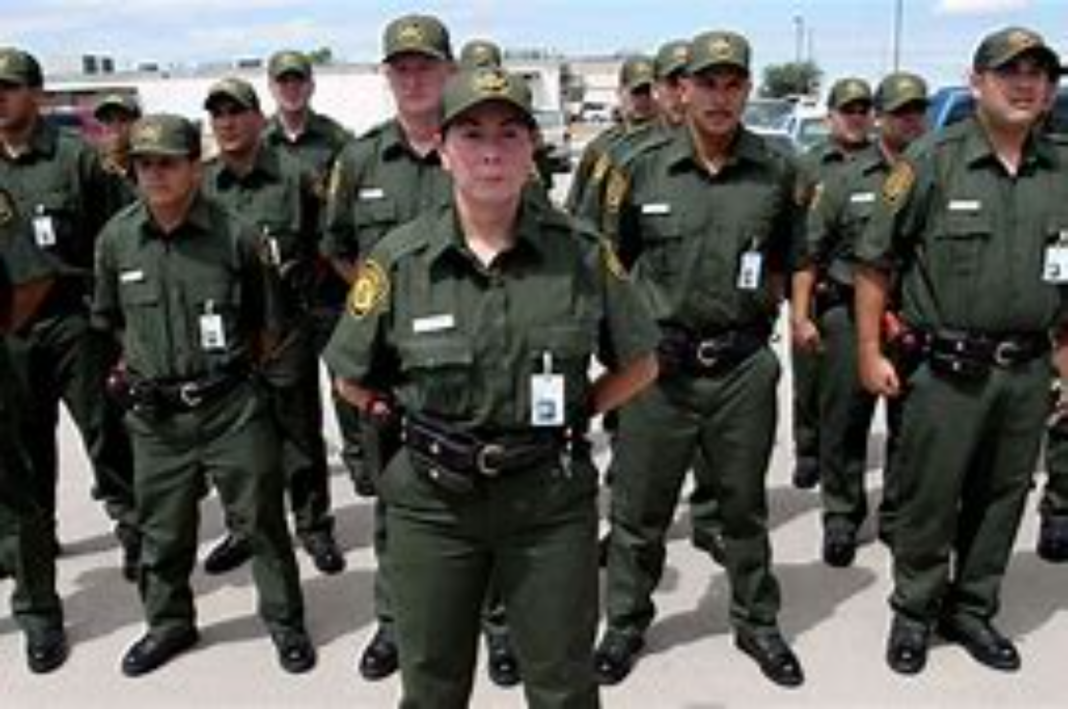 Because it’s the agents of the Border Patrol that are the questionable characters, right? Soon thousands of Border Patrol agents will be issued body cams to wear as they work. This is a major operational change for border security personnel. The purpose is to increase oversight of agents and help capture criminal activity.

Whose criminal activity, though? Open borders advocates paint Border Patrol agents and law enforcement officials as racist and criticize them for using excessive force. If this is a sop to them by the Department of Homeland Security, it’s not a good move. If it is to protect Border Patrol agents from unjust charges of misconduct, then more power to them. As with everything else so far from Team Biden, a new, sweeping policy is announced and there are few details provided.

First, the distribution of the body cams will begin slowly in parts of Texas and New Mexico this summer but not in the Rio Grande Valley where the flood of illegal migrants is overwhelming.

The cameras are expected to be rolled out in parts of Texas and New Mexico during the summer and expanded in the fall and winter to Arizona, California, and Texas’ busy Rio Grande Valley, which all border Mexico, according to a recent government assessment of how the devices could impact privacy. Agents in Vermont along the U.S. border with Canada will also be equipped with cameras, the assessment said.

U.S. border authorities plan to deploy a total of 7,500 body-worn cameras, with 6,000 in the field by the end of the year, a border agency official told Reuters.

I assume from that description that the body cams will be provided to Border Patrol agents in the El Paso sector first and its neighbors in eastern New Mexico. That area is relatively quiet, especially compared to the Rio Grande Valley. The operational policy change may be a double-edged sword. Pro-illegal immigrant activists will welcome the additional oversight. The National Border Patrol Council points out that the use of body cams could assist criminal investigations and help show that agents act professionally.

The American Civil Liberties Union and other groups have called on border patrol agents to use the cameras to improve accountability in the wake of several high-profile fatal shootings by law enforcement over the past decade.

Brandon Judd, president of the National Border Patrol Council, stressed that agents should have access to the footage, including when an agent is accused of wrongdoing.

Video of illegal activity, use of force, or agent misconduct can be used in investigations or prosecutions. Let’s not lose sight of the fact that the first illegal activity was crossing the border illegally. Law enforcement along the border is put there to respond to that and secure the southern border. They are overwhelmed and deserve our thanks for doing the work they do every day. Migrant apprehensions are at 20-year highs and often in remote areas.

A contract was awarded to Axon Enterprises Inc. by CBP for a total of about $21 million. The company will provide the body cameras and connect the cameras to a cloud-based storage system. The body cameras are the size of a deck of playing cards and will be worn on the front of agents’ uniforms.

This announcement is interesting in light of a previous attempt to put such a program in place in 2015 (the Obama/Biden years) when it decided to abandon the idea. Times have changed since then for law enforcement and now police officers, for example, are in support of body cameras.

An agency assessment at the time said the cameras would likely reduce the use of physical force on the job, but cited a number of reasons not to adopt the devices, including cost and agent morale.

Gil Kerlikowske, who was CBP commissioner at the time, said another consideration was that the cameras “did not hold up particularly well” in the field, where they could be knocked off in the brush or mucked up with dust and dirt.

Body cameras have become more commonplace since the 2015 effort. The U.S. Department of Justice said in June that its agents would be required to wear cameras when serving search and arrest warrants.

Kerlikowske said many law enforcement officers support the idea, too.

“There are now police officers who won’t go on the street without their body camera,” he said. “They want that video image.”

As mentioned above, as long as this oversight change isn’t used against Border Patrol agents but seen as a way to protect them, it may all work out well. If it is just another boneheaded move in the spirit of the defund police movement, then it will only further dampen the morale of overworked and underappreciated agents working the southern border. Last week, former ICE Director Tom Homan said that the morale of border agents is “in the toilet.” He accuses Biden of “selling out this country to win the presidency.”

‘sold out this country to win the presidency,’ Homan said of the president’s campaign promise to give all those seeking asylum a safe place in the U.S. ‘And now we see that in action, open borders.’

He said that while people view the border crisis as just that – a crisis – it is really Biden’s campaign promise of ‘open border’ coming successfully to fruition.

‘People say, well, this is incompetence,’ he added, ‘this is mismanagement. No, it’s not. Their plan is coming together perfectly. This is open borders.’

Frankly, it’s easy to think about the Biden border crisis in those terms. Even for Democrats, the situation has been handled so incompetently that it does seem to be by design. They are allowing as many illegal migrants into the country as possible and then releasing them into communities without court dates, which is a recipe for disaster. Only 13% show up to ICE offices for processing their asylum claims. That’s an epic failure in policy by anyone’s standards.