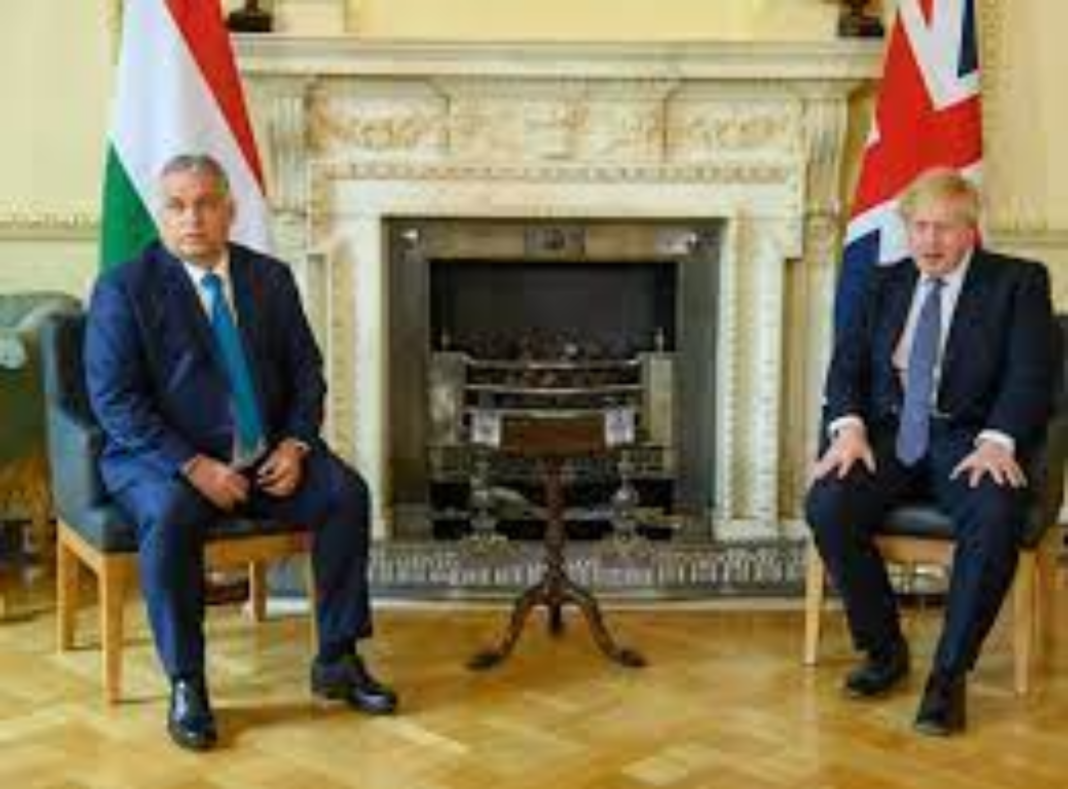 Downing Street said in a statement that the two leaders discussed a wide range of issues, including security and climate change.

Johnson also raised human rights with Orban, an anti-immigration nationalist who has clamped down on his country’s media and judicial freedom, as well as sought control over Hungary’s universities.

Orban told reporters that the two leaders discussed finding “a way to cooperate in a post-Brexit period.”

Orban said before the trip that Hungary missed the UK in the EU, as the two conservative governments had ‘agreed on many things’

Opposition parties in the UK raised strong objections over the decision to invite Orban due to his outspoken views, but the government defended the talks, adding that it rejected the Hungarian’s anti-immigrant stance.

Johnson “raised his significant concerns about human rights in Hungary” including gender equality and gay rights, as well as discussing Russia, Belarus and China, London said in a statement.

Johnson’s office said “the prime minister encouraged Hungary to use their influence to promote democracy and stability.”

“That happened, that was a fact. Without any kind of legal permission… they just destroyed the border and they marched through the country,” he said, referring to Europe’s refugee crisis in 2015.

Immigration into Hungary was “totally negative,” he said. “So to be anti-migrant, it means that you are on the good side.”

‘We have to engage’

“I think Viktor Orban’s views on migrants are things that I would not endorse in any way,” he told Sky News. “Having said that, I think that we have to engage with the EU, he’s an EU leader. And in this post-Brexit world, I think it’s absolutely right for us to be building bilateral relations with (EU) countries.”

In the past, Orban has praised Johnson over Brexit.

And the Hungarian leader himself is often at loggerheads with the EU, particularly over global issues such as a collective stance on China, the Middle East, immigration or the coronavirus.

Johnson has also come under fire for comments made regarding Muslims.

In 2018, he received criticism over a newspaper column he wrote in which he defended people’s right to wear a burqa in public but in which he also said those who did looked like “letterboxes” and “bank robbers.”

Strong Firearms Preemption Laws are More Important Than Ever