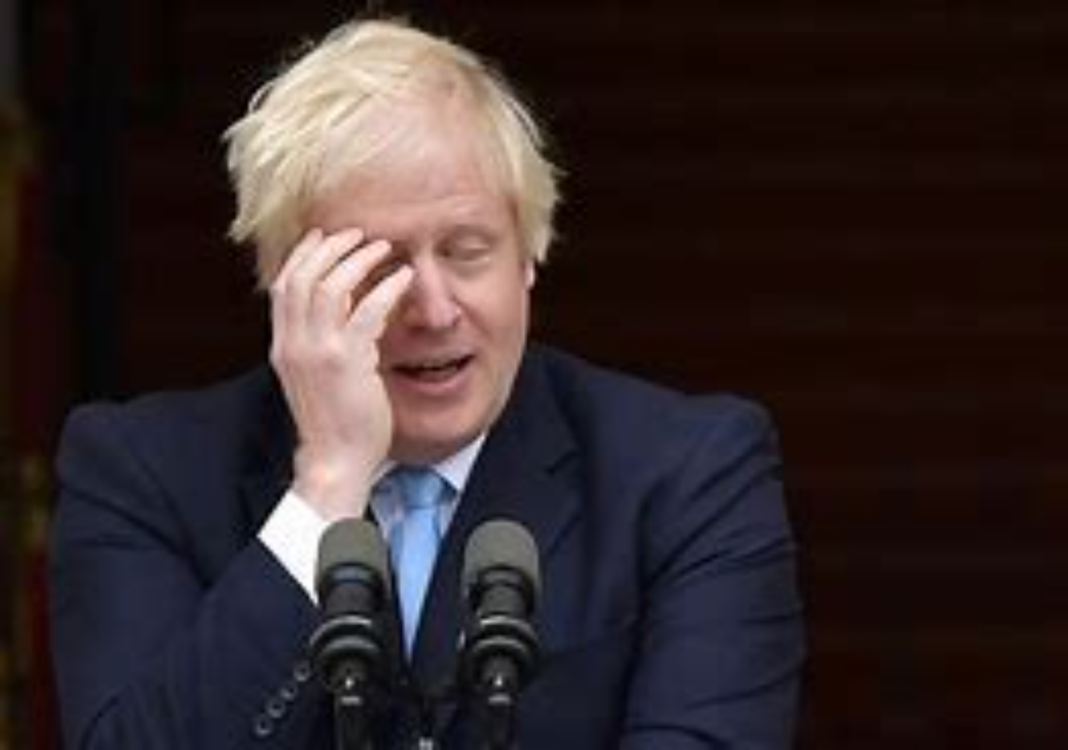 The UK had been locked down to greater or lesser degrees for most of this year. With COVID finally in full retreat, they were set to reopen a month ago — only to be suddenly besieged by the Delta variant that overran India. Boris Johnson postponed “Freedom Day” for a month in hopes that a few more weeks of lockdown would slow transmission and put the UK on a better footing when businesses finally opened their doors.

Today is Freedom Day. Here’s how Johnson was rewarded for his patience:

The UK recorded more than 54,000 cases yesterday, among its worst days of the pandemic and tantamount to 270,000 cases per capita in the U.S. If those numbers don’t capture for you the magnitude of what they’re experiencing right now with Delta, try this on:

This isn’t any ol’ wave. This is the big one. And reopening in the middle of it is apt to add rocket fuel to the engine. Epidemiologist Neil Ferguson wondered whether daily cases might soon reach 200,000, the equivalent of a million a day here, which we’ve never approached. Given the dynamics of exponential growth and the reality of businesses across the country welcoming patrons en masse, we can only wonder how high it might go. Is 200,000 the upper bound? 300,000? More?

Johnson had to decide whether to press ahead with reopening or to postpone it again, raising the prospect of several more months of lockdown as Delta has its way with Britain. He decided to reopen, posing this question to his constituents in a press conference today: “If not now, when?”

Some experts are warning him that he’ll regret this:

Some scientists have vehemently opposed lifting the remaining restrictions on 19 July, suggesting the government has decided to achieve “herd immunity” by effectively letting the virus run wild in young people, which they say will lead to disruptions in NHS care and education. This strategy would also lead to more people suffering from long Covid and raise the risk of new vaccine-resistant variants. Instead, they advise more people should be fully vaccinated before fully unlocking.

It does sound like a herd-immunity strategy, come to think of it, reminiscent of how Johnson wanted to handle the pandemic last spring, isolating the older people and letting the young go around infecting each other to build population-wide immunity.

Here’s the graph the UK government is looking at to justify proceeding with reopening. Granted, cases are off the charts, but cases are happening mostly in healthy young unvaccinated people or vaccinated older people, producing a lot of mild infections in both groups but few deaths:

The last time the UK recorded more than 50,000 cases per day was January 15. They saw more than a thousand deaths that day. Yesterday they saw 25. They’ve been averaging around 40 daily lately. Johnson’s herd immunity experiment is on much firmer footing now with so much of the vulnerable population vaccinated than it was last spring. But the Times is right that reopening amounts to “a breathtaking gamble” given that there’s no telling how high cases might go. Yesterday the UK saw 742 patients admitted to the hospital for COVID; they were seeing around 4,000 admitted daily during the worst of their winter wave. If cases surge from 50,000 to 200,000, as Ferguson fears, it’s possible that the number needing ER care will approach or exceed that even though the number will be a much smaller percentage of the population of infected people than was the case this past winter.

What does the UK do once the health-care system begins to strain? To put that differently, how long will it be before Johnson has no choice but to order another lockdown? “The government is basically saying, ‘We’ve done all we can. Now it’s up to you,’” said one British public health expert to the Times. “They’ve become the first country to surrender.”

Johnson’s aside in the clip about merely delaying the inevitable by continuing the lockdown does sound a bit like a surrender. His point is that once you’ve vaccinated everyone willing to be vaccinated, there’s really nothing more to be done. Delta’s going to infect all of the unvaccinated and a meaningful percentage of the vaccinated, in all likelihood. (He says ominously at one point that there’s a “significant risk of the vaccinated passing the disease on,” which I think is probably true with Delta but which the CDC certainly hasn’t confirmed.) This grim but compelling Twitter thread from over the weekend makes the case nicely that the hyper-contagious nature of Delta has ushered in the “endemic” phase of the pandemic in which governments are essentially powerless to limit the spread, at least until a new Delta-specific vaccine rolls out. Mask mandates and social distancing are, as Johnson says, only delaying the inevitable. The variant will reach everyone eventually and may well afflict some who are vaccinated but didn’t have a strong immune response to the vaccines. All we can do now is try to immunize as many people as possible and brace for impact:

The sad reality here is that, even if the endemic steady state is okay, there are dark days ahead for the world. The sadder reality is that NPIs aren’t very helpful tools, and come at a real cost. The sort-of exception is if you can buy time to higher vaccination with them. 27/n

In a sense, I admire Boris Johnson and Chris Whitty for being pretty honest with their people about this reality. 29/n

“NPIs” are “non-pharmaceutical interventions,” i.e. masks, distancing, lockdowns, anything apart from the vaccine. Hoenig’s point is that there’s no outrunning Delta since there’s not enough immunity in the population to slow it down, so in that sense Johnson’s plan makes sense. Why not face reality and reopen, come what may? If nothing else, the immunity gained this summer will limit the wave this winter. But on the other hand, if dark days are ahead with massive numbers of infections and hospitalizations to come, including among the vaccinated (albeit to a lesser degree), then it seems like we’re back where we were last March and April when slowing down infections in order to preserve hospital capacity were the highest priority.

And yet here’s Johnson throwing open the doors and reopening the entire country. Cross your fingers for the Brits.

Here he is elsewhere in today’s speech warning that vaccine passports will soon be mandatory to access nightclubs. That’s his way of twisting the arms of younger Britons to go get jabbed.

Why you shouldn’t go to College.