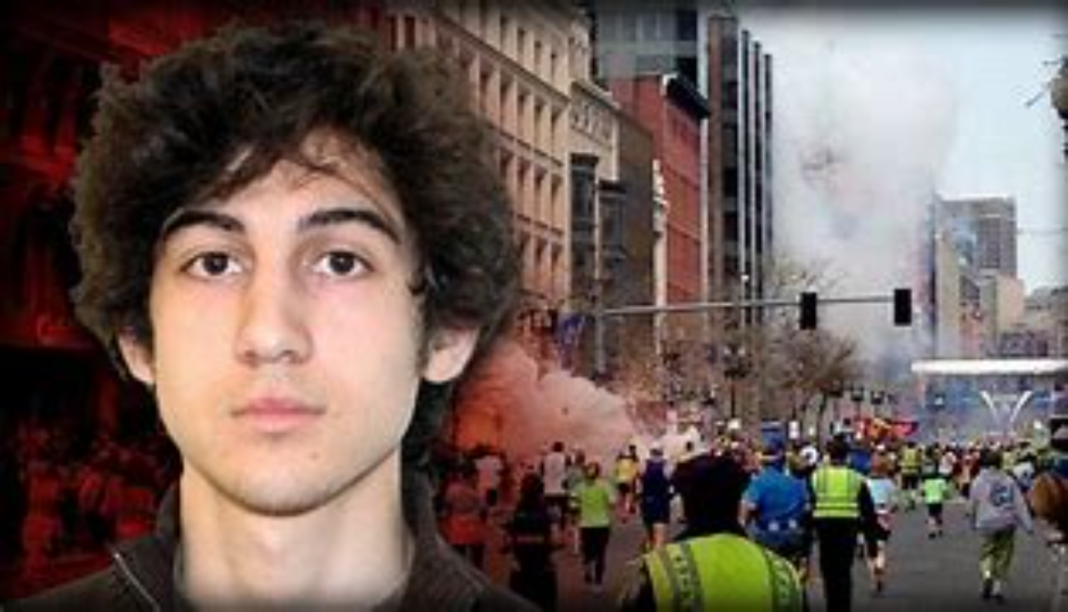 Reciting the gruesome details of the 2013 Boston Marathon bombing and its violent aftermath, an attorney for the Biden administration on Wednesday asked the U.S. Supreme Court to reinstate the death sentence for Dzhokhar Tsarnaev, arguing that a federal appeals court overstepped its authority in tossing out a jury’s unanimous decision to impose capital punishment for the heinous crime.

For nearly an hour — almost double the time allotted by the court — Deputy Solicitor General Eric Feigin parried with the nine justices, who were all highly engaged with the government’s argument that Tsarnaev had received a fair sentencing at the outset.

“After watching video of [Tsarnaev] by himself personally placing a shrapnel bomb behind a group of children at the Boston Marathon, the jury in this case returned a nuanced verdict unanimously recommending capital punishment for that specific deliberate act,” Feigin said. “The court of appeals should have let that verdict stand.”

The attack left three people dead and more than 200 injured.

The 1st U.S. Circuit Court of Appeals concluded last year, however, that Tsarnaev’s sentencing was effectively tainted because the judge inadequately questioned jurors about pretrial publicity and wrongly prevented them from hearing evidence of an alleged murder committed by Tsarnaev’s older brother, Tamerlan, in 2011.

The defense argues the prior killings illustrate that Tamerlan had a history of exerting influence over accomplices and that he helped indoctrinate his younger brother to participate in future acts of jihad. Tsarnaev attorney Ginger Anders told the justices excluding the evidence “distorted” the sentencing process in violation of Dzhokhar’s constitutional rights.

The court’s three liberal justices appeared sympathetic to the claim that Tsarnaev’s bid to avoid execution was hamstrung.

“This was their defense. They had no other defense. They agreed he was guilty. Their only claim was don’t give me the death penalty because it’s my brother who was the moving force,” asserted Justice Stephen Breyer. “Unless there’s a much tougher rule of mitigating evidence in a death case than there is to show probable cause to search a car, why doesn’t this come in?”

Justice Elena Kagan was the most aggressive in challenging the government’s position, saying outright that a jury — not a judge — should determine whether to give value to mitigating evidence and that it was a mistake to exclude it.

“It’s the job of the jury, isn’t it, to decide on the reliability of the evidence, to decide whether it’s strong evidence or weak evidence that Tamerlan, in fact, played a leading role in those other gruesome murders?” Kagan asked Feigin.

Feigin pointed to the Supreme Court’s history of giving broad discretion to trial court judges in how they select a jury and admit or deny mitigating evidence. He also argued that the evidence regarding Tamerlan’s role in the 2011 murders in Waltham, Massachusetts, was “very unreliable,” unproven, and would have necessitated a “confusing mini-trial” within a trial just to establish its legitimacy before a jury.

A majority of the court’s conservative justices appeared ready to to agree.

Justice Samuel Alito suggested the trial judge in Tsarnaev’s case adhered to federal law which, he said, allows “evidence may be excluded if the probative value is outweighed by the danger of creating unfair prejudice, confusing the issues, or misleading the jury.”

Alito warned against the court endorsing a new “anything goes” standard.

“If the district court found that, based on the evidence before it, there’s really no way to know who took the leadership role in the [alleged Tamerlan] murders because the evidence is gone now, the witnesses are unavailable, what do we do with that?” posited Justice Neil Gorsuch, appearing to support Alito’s position.

Justice Clarence Thomas also seemed inclined to affirm the trial court judge, but grappled repeatedly with how to justify a reversal of the appeals court panel. “What test … should we use to review that exercise of authority or to limit that authority?” he asked.

Midway through the government’s argument for reinstating Tsarnaev’s execution, Justice Amy Coney Barrett called attention to one of the overarching contradictions in the case: the government is arguing for a death sentence while it has stopped carrying them out.

“I’m wondering what the government’s end game is here?” Barrett asked of Feigin. “The government has declared a moratorium on executions, but you’re here defending his death sentences. And if you win, presumably, that means that he is relegated to living under the threat of a death sentence that the government doesn’t plan to carry out. So I’m just having trouble following the point.”

Attorney General Merrick Garland in July announced an indefinite moratorium on federal executions while the administration studies the policy. President Biden campaigned on leading an effort to discontinue capital punishment on the federal level.

“The administration continues to believe the jury imposed a sound verdict and that the court of appeals was wrong to upset that verdict,” Feigin replied.

The Supreme Court is expected to hand down a decision in the case by June 2022.

‘N-Word’ is not the Pass for Violence