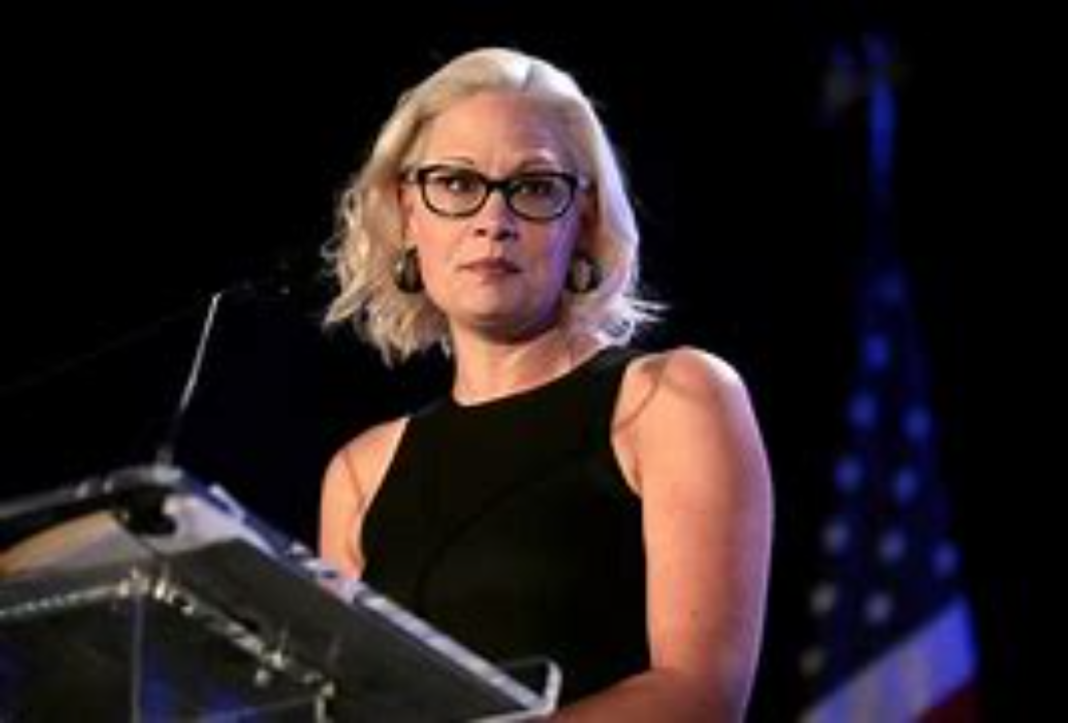 Leftist activists are planning to harass and “bird dog” Sen. Kyrsten Sinema while she runs the Boston Marathon on Monday.

The Green New Deal Network, a coalition of 15 national organizations, said in a statement that they are planning to attempt to pressure her into supporting the $3.5 trillion Build Back Better Act by targeting her at the event.

Sinema was recently ambushed by activists with Living United for Change in Arizona (LUCHA) in a bathroom at Arizona State University.

We wouldn’t have to resort to confronting @senatorsinema around Phx if she took meetings with the communities that elected her. She’s been completely inaccessible. We’re sick of the political games, stop playing with our lives.
“Build back better, back the bill!” pic.twitter.com/3OA5t6e6Fl

She was also confronted on an airplane and chased through Reagan National Airport in Washington, D.C.

In a statement about being filmed in the bathroom by the activists, Sinema asserted that it was “not a legitimate protest.”

“Yesterday’s behavior was not legitimate protest,” Sinema said. “It is unacceptable for activist organizations to instruct their members to jeopardize themselves by engaging in unlawful activities such as gaining entry to closed university buildings, disrupting learning environments, and filming students in a restroom.”

“The activist group that engaged in yesterday’s behavior is one that both my team and I have met with several times since I was elected to the Senate, and I will continue engaging with Arizonans with diverse viewpoints to help inform my work for Arizona,” Sinema’s statement continued.

Sinema and Sen. Joe Manchin are the two Democrats holding the line against the massive spending bill.

When asked if the activists crossed a line, Joe Biden said that harassment is “part of the process.”

WOW Biden just said Senator @kyrstensinema being harassed and cornered into a bathroom is just “part of the process.”

Biden said that he doesn’t think that they’re appropriate tactics, but added “it happens to everybody.”