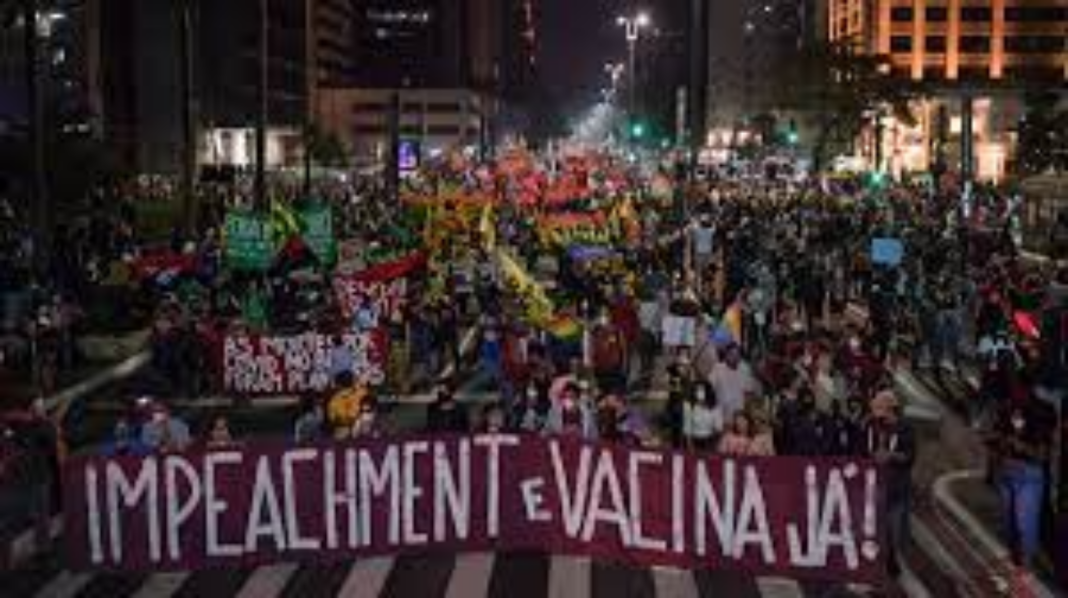 Tens of thousands of people demonstrated again on Saturday in several Brazilian cities against President Jair Bolsonaro and his contested management of the pandemic.

Brazil is the world”s second worst-hit country with more than 461,000 deaths recorded since the beginning of the pandemic. It registered its deadliest month in April with about 100,000 lives lost.

Some 10,000 masked people marched in Rio de Janeiro, responding to a call by left-wing organisations and student movements.

“No one wants to be in the street in the middle of a pandemic. Bolsonaro leaves no alternative. We are in the streets to defend lives. We are not going to wait for the (presidential election of) 2022. This is just the beginning,” Guilherme Boulos, leader of the Movement of Homeless Workers (MTST), said.

In Sao Paulo, protester Jonas Davanco said: “I don’t know if Brazil will be able to do it, but we have an obligation to remove him from power because he is killing people.”

Since the start of the pandemic, which he has described as “flu”, the Brazilian president has criticised quarantine measures, promoted unproven drugs and questioned the effectiveness of vaccines.

Protesters say many deaths could have been avoided if the government had launched the slow-moving vaccination campaign earlier.

They also accuse the president of promoting deforestation in the Amazon, violence and racism.

Demonstrations were held in many Brazilian cities, including Salvador (northeast), capital Brasilia and Belo Horizonte (southeast).

The rallies come after two weekends of demonstrations in support of the government called by Bolsonaro himself.

His popularity rating has fallen to 24 per cent, his lowest level, according to a poll by the Datafolha institute.

The poll also found that 49 per cent of Brazilians were in favour of his impeachment, while 46 per cent were against it. It puts former left-wing president Lula da Silva, Bolsonaro’s main rival, as the favourite to win the 2022 presidential election.

Is it Better to Retire in SE Asia or Latin America

State Department Waives Fees for Immigrants Denied Visas Due to the...