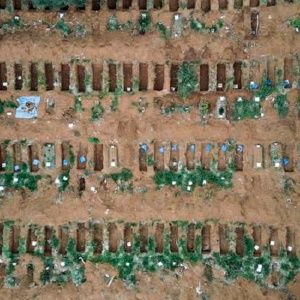 According to data from the Ministry of Health’s bulletin, Brazil broke on Wednesday a worldwide record becoming the only country to report over 3000 deaths in the last 24 hours.

On Tuesday, the far-right president Jair Bolsonaro pledged during a televised address  that things could return to normal “very soon.” Local media outlet Folha de S. Paulo reported that the Ministry of Health was planning on changing how it counts deaths, an attempt to minimize the harsh reality across the country.

“The Brazilian Ministry of Health changed the system for registering deaths due to covid19.  São Paulo magically went from 1021 deaths in 24 hours yesterday to 281 registered today.”

In Sao Paulo state alone, the new system reduced the number of deaths from 1,021 to 281 in a single day, which sparked local officials’ rejections as the new system could be more unreliable. A similar movement occurred in June 2020 when the Health Ministry tried to hide deaths by manipulating official data.

On the other hand, the Supreme Court denied a request by the president to undo state decrees ordering COVID-19 lockdowns on Tuesday. Moreover, the health institute Fiocruz asked state governors to close non-essential businesses in 24 states for 14 days as experts forecast that the situation will worsen to unprecedented levels.