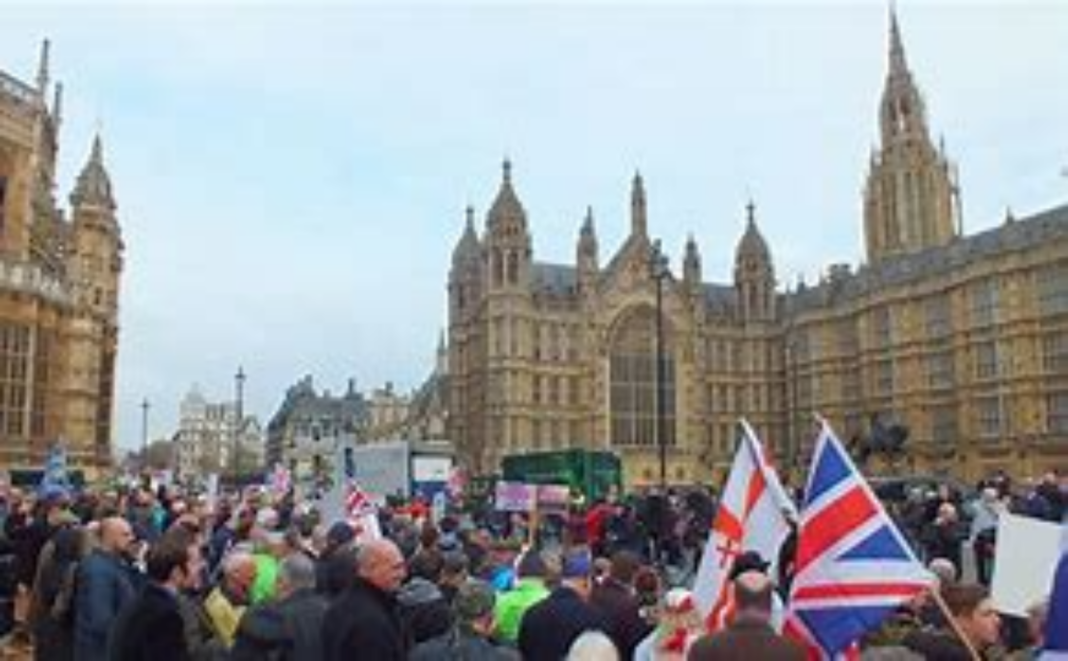 Officials on both sides of the Channel fear the U.K.-Australia trade deal risks undermining efforts to ease post-Brexit tensions in Northern Ireland by securing a food- and plant-safety agreement between Brussels and London.

U.K. Prime Minister Boris Johnson and his Australian counterpart Scott Morrison announced a political agreement Tuesday on the broad terms of a trade deal, but the details are limited. Neither side published a full text of what has been agreed so far and chunks of the accord are not yet complete, with areas still requiring final drafting, two British officials told POLITICO.

Yet some drafting covering agriculture and seen by POLITICO suggests there would be fewer checks carried on Australian products, including fertilizers and meat, than is currently the case when they are imported by the EU. A British official said they believed that in these areas, plus others such as imported feed for animals, and other grains, fewer checks would lead to reduced enforcement of standards compared with EU practice.

“If the U.K. are agreeing to reduce the frequency of checks then that can only mean one of two things, either it believes the current rate of testing is needlessly onerous, or it’s prepared to accept a greater degree of risk than before,” said Dmitry Grozoubinski, a former Australian trade negotiator and founder of Explaintrade.com.

EU officials were already concerned that Northern Ireland might act as a backdoor into their single market and the liberalization of agricultural trade hinted at so far in the U.K.-Australia deal has added to their concerns, according to one EU official and a French diplomat.

“We’ve already been disturbed by a disregard for the need to implement the checks required by the protocol,” an EU official said. “This is opening the gates further if other goods from third countries are allowed in with less scrutiny.”

The Australia deal would be the first the U.K. has negotiated from scratch since Brexit. Others, such as the Japan deal agreed in September last year, were based on a roll-over of terms the U.K. enjoyed while a member of the EU. It is therefore the first one in which EU standards and enforcement requirements have not formed the starting point in negotiations.

It’s unclear what provisions the deal might contain in order to keep Britain’s commitments under the Brexit trade deal, the Trade and Cooperation Agreement, and the Withdrawal Agreement, the divorce treaty that includes the Northern Ireland protocol.

“While it was totally possible for the U.K. to do a deal with Australia and not jeopardize its ability to enter into a deep veterinary agreement with the EU, it will be interesting to see whether the U.K. chooses to diverge from EU approaches anyway so as to make it more difficult for this or a future government to reintegrate with the EU. A ratchet, of sorts,” said Sam Lowe, senior research fellow at the Centre for European Reform.

It is still not clear how Northern Ireland’s ability to benefit from London’s trade deals with third countries will work in practice. It was already not included in key quota calculations governing steel imports, leading to disruption for the industry. Brexit has also thrown up issues for exporters selling into the U.K. An example of this is meat-quota calculations that cut market access for New Zealand, according to the same British official.

There is also an apparent conflict in the application of trade-defense regimes between the EU’s and U.K.’s jurisdiction. Northern Irish producers impacted by unfair imports from the EU cannot take up their case with Brussels.

Asked about the impact of a trade deal with Australia on a solution to the post-Brexit situation in Northern Ireland a Downing Street spokesman said: “There is no interplay with wider issues.”

The Australian High Commission to the U.K. declined to comment. The European Commission didn’t respond to a request for comment ahead of publication.

Inflation: Grocery Prices Could Rise to 14%