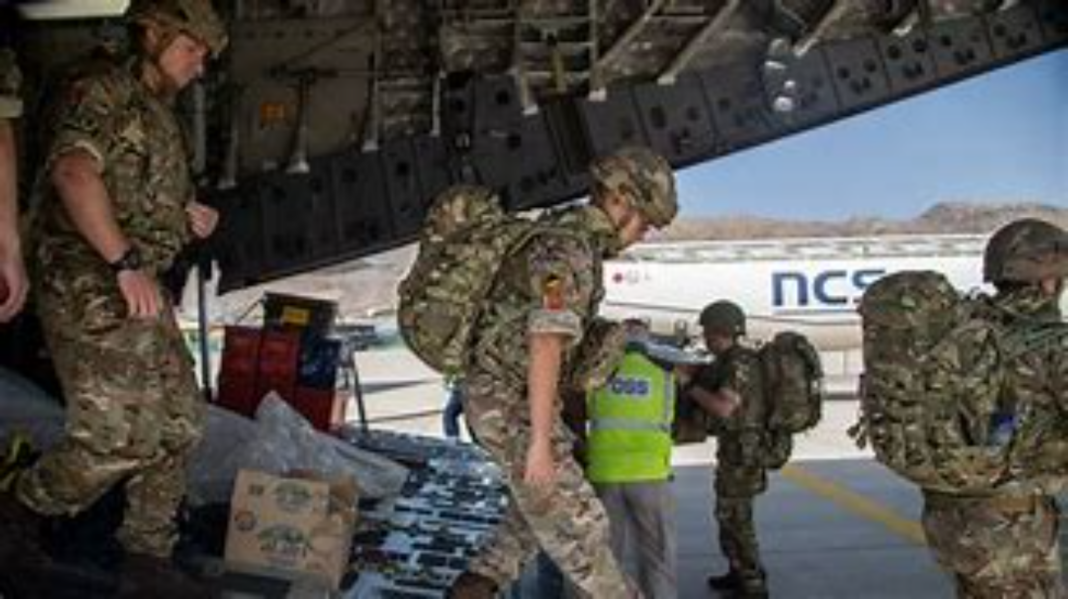 The Biden Administration and woke US military elites refuse to leave the Kabul airport premises to rescue the thousands of stranded Americans in Kabul, Afghanistan.

French and British soldiers are being sent out to rescue their countrymen who are trapped inside the city.

Over the past 48 hours, the elite tactical unit of the French Police, RAID, have made multiple trips into Kabul to rescue people sheltering in the French Embassy.

So far, they have taken 216 French and Foreign nationals to the secure area of Kabul Airport, #Afghanistan. pic.twitter.com/dklVoBOxiG

Joe Biden will not allow our military to rescue Americans and does not know how many Americans are left to be rescued.
This is the greatest American defeat in history under the leadership of a dementia patient.

There are now reports that British troops are even rescuing Americans in Kabul.

This is a total disgrace. And as President Trump said, it will only get worse.

I understand that the commanding general of the 82nd Airborne Division has told the commander of the British special forces at the Kabul airport to cease operations beyond the airport perimeter.

Maj. Gen. Christopher Donahue has told his British Army counterpart, a high-ranking field-grade officer of the British army’s 22nd Special Air Service Regiment, that British operations were embarrassing the United States military in the absence of similar U.S. military operations. I understand that the British officer firmly rejected the request.

This show of rare tension between the U.S. and British command groups in Kabul reflects three factors.

First, it shows the obvious stress of attempting to extricate thousands of personnel under a situation of increasing terrorist threat. Elements of the Haqqani network, the Islamic State in Afghanistan, and possibly al Qaeda are now operating in proximity to Kabul airport with some degree of command separation from the Taliban.

In addition, the British military has more operational latitude in Kabul than the U.S. military, including the Navy SEAL elements present at the airport. I understand that the SAS has conducted operations to bring American citizens, as well as British citizens and at-risk personnel, through checkpoints and to the airport.

French and Brits Are Rescuing Their Citizens in Kabul, but Here’s What Americans Were Hearing https://t.co/uuykBKZf52

Looks Like Biden’s Team Has a New Plan to Deal With...