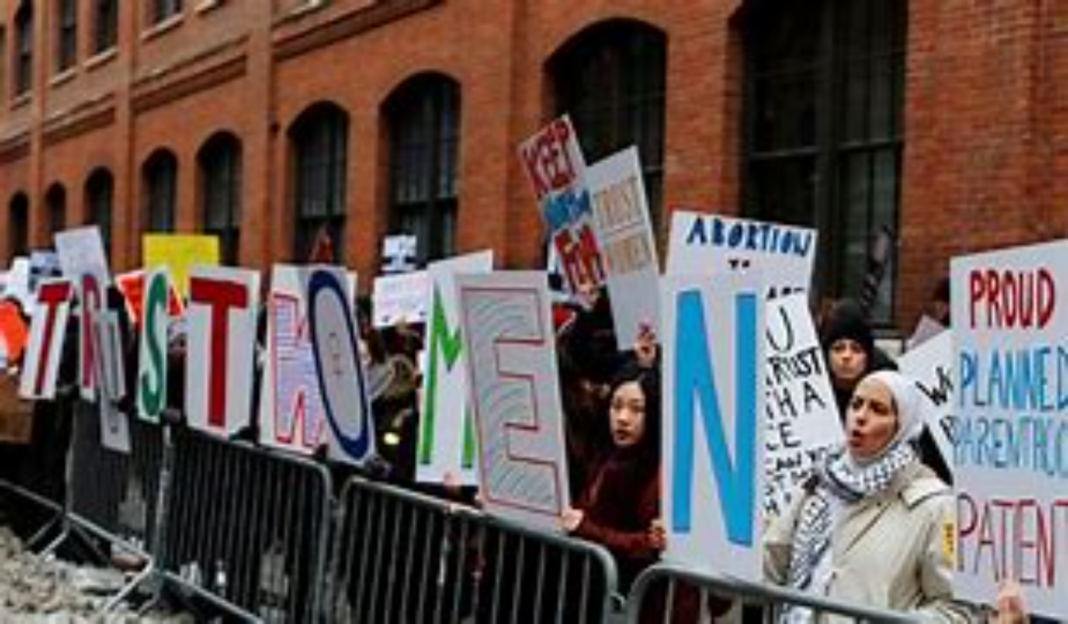 A friend pointed out that I’ve been named in a New York abortion-advocacy group’s statement about a protest and NYPD arrests on Saturday in Brooklyn. For the third time in a row, there has been a protest to a Witness for Life, which involves Mass and a peaceful, prayerful procession to an abortion clinic. I’ve been present on and off for years at the Witness in Manhattan and have in the Bronx and Brooklyn more recently.

The protest group questions the outsized response to their protest — which includes national coverage here. Well, the coverage simply is an outgrowth of my personal involvement. Frequently I find myself both participant and press. It’s one of the blessings of opinion journalism — that I can be transparent to you about where I’m coming from. That’s what draws some to this website, and to certain writers — knowledge that we’re coming from a similar point of view. That becomes more cherished, it seems, in times when reality seems to be upended all around.

I’ve also made it a point to be in Brooklyn for the last two months because of what happened three months ago at the first Witness for Life there (and there were way more of the protesters than the pray-ers first time around). People got into the face of Father Fidelis Moscinski, CFR. I think there may be a sincere misunderstanding: Father Fidelis in other parts of the country participates in Red Rose Rescues, where he goes into an abortion clinic and offers women roses. He wants to show them love, that they have great dignity, and there are people who will help them if they do not want to have abortions. He is asked to leave, and he says he will when the abortions stop. It is a kind of madness to go through life pretending that there is not something abhorrent happening in our nation with legal abortion and at all stages and then-some in so many places. What he does is in the noble tradition of civil disobedience — the civil-rights movement was fueled by it, rooted also in faith in God and His laws. This, too, is a civil- and human-rights movement. Father Fidelis does not do red rose rescues in New York, because he been leading these prayer vigils for over a decade and sometimes needs police protection, when people decide to protest the prayer. The protest rallying cry in Brooklyn is to stop clinic invasion and harassment. But all we are there to do is pray and offer a sign of hope to women who are looking for one in a culture that too often expects girls and women to abort their children. It’s out of a deep love and respect for the sacredness of human life and scared women and girls that the pro-lifers gather.

As for the NYPD, we could not have gotten to Planned Parenthood without them on Saturday. They made two arrests, and sadly they were necessary. They gave ample warning. The protesters were keeping us from walking on the streets to Planned Parenthood. I respect their right to express their anger at people praying. I wish they wouldn’t scream obscenities and sacrilege and flash a Franciscan friar and others, but at the very least, they need to not obstruct our free access to the streets. I’ve never seen the police be anything like aggressive in these encounters. From my observation, they’d much rather we just drop the prayer procession. But as Father Fidelis operates: Not until the abortions end.