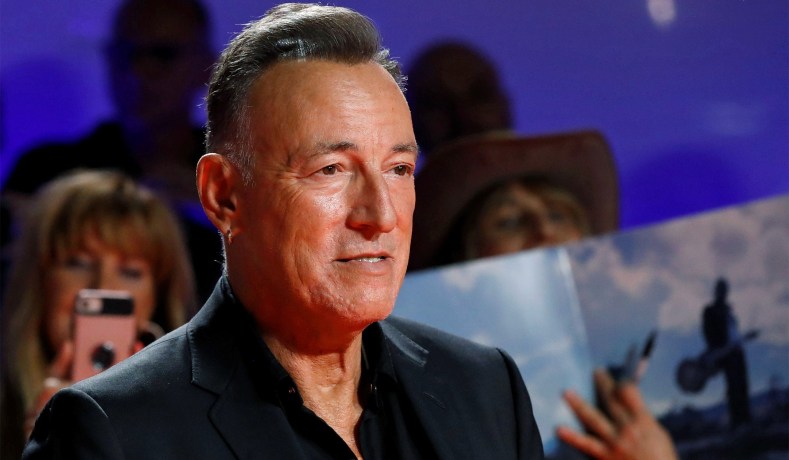 There was a fair amount of buzz last night and this morning about Bruce Springsteen’s Jeep commercial during the Super Bowl, which traveled to a deep-red small town in Kansas to call for unity:

Some of the response was the usual complaint from Bruce’s usual critics: He’s a millionaire rock star from New Jersey posing as a heartland guy, etc. But that’s not really the problem with the ad. Bruce did, after all, grow up in a working-class household in a working class town, however long ago that was now. And performers have their own identity they develop in their art. Despite living most of his life in Jersey and the rest in a brief interlude in California, Bruce has put a lot of his artistic energy over the years into the American heartland, starting with his long drives out West that led him to write “Badlands” and “The Promised Land” in the late 1970s, and culminating in the Western Stars album released in 2019. The Jeep ad continued the visual imagery of Western Stars, even using the same filmmaker who did the Western Stars film.

The real problem is this: Bruce is, by now, well-known as a Democratic partisan. He hit the campaign trail for John Kerry, Barack Obama, Hillary Clinton, and Joe Biden. He performed for Biden’s inauguration. For a celebrity so identified with one party to go to the other side’s turf after his side has won the election and call for unity is not really an effective tactic. People see it for what it is: We won, now get together behind us. I don’t doubt that Bruce is disturbed by where the descent into mad tribalism has taken us in the past twelve months — who isn’t? — but you can spend your credibility on partisanship, or you can spend it on unity. Either is an honorable choice. But nobody can do both.

The Bipartisan Infrastructure Bill was anything but build back better