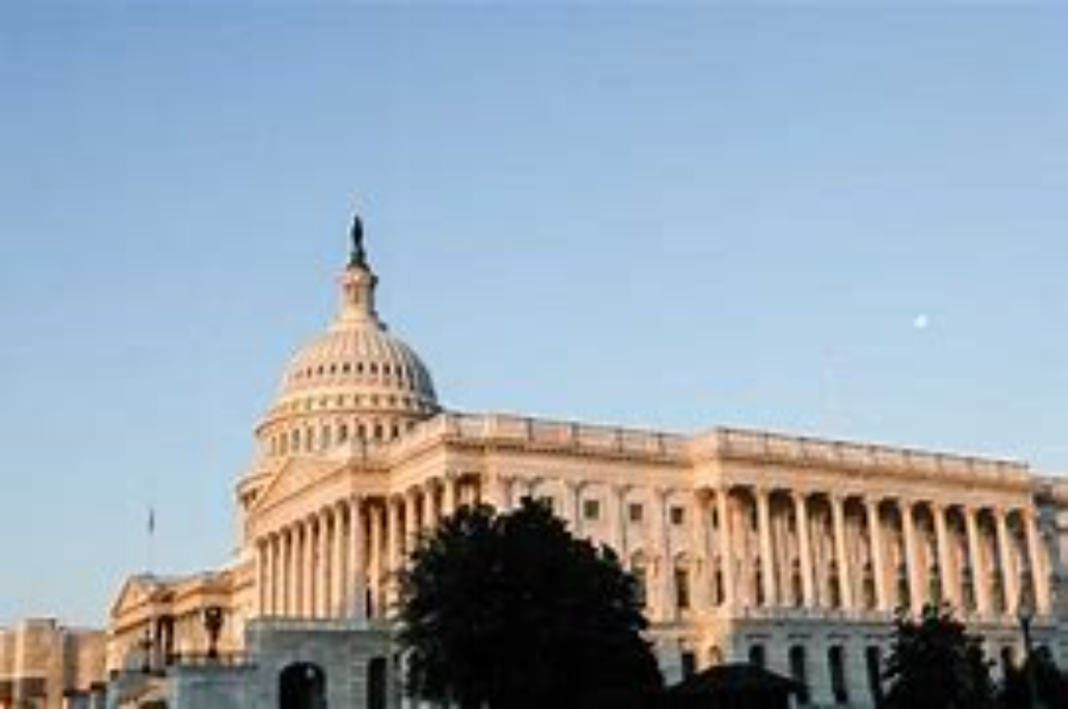 After passing a $1.1 trillion infrastructure spending bill on a bipartisan basis—which is filled with liberal spending priorities—the Senate will now consider a budget resolution that, if enacted, will clear a path to implement a massive progressive agenda. This resolution would reshape the American economy and permanently expand government control over many aspects of peoples’ lives.

Here are nine things you need to know about this budget resolution:

1. Kickstarts the Process to Pass Controversial and Harmful Polices on a Partisan Basis

The primary motivation behind this budget resolution is to kick off the budget reconciliation process. Budget reconciliation allows legislation affecting spending, revenue, or debt limit to pass the Senate with limited debate and by 51 votes instead of being subject to the normal 60-vote threshold.

Just some of the policies the reconciliation bill will feature include:

None of these policy proposals, which would all have serious negative consequences for the lives of everyday Americans, could be enacted through the regular order legislative process and should be rejected.

Senate Budget Committee Chairman Bernie Sanders said in a press release, “Under this budget, however, no family making under $400,000 a year will pay a penny more in taxes and will, in fact, receive one of the largest tax cuts in American history.”

This statement is false.

Although President Joe Biden has misleadingly claimed that his child allowance proposal would provide a tax cut, Heritage Foundation analysts Robert Rector and Jamie Hall have shown that, “when fully implemented, the plan offers no tax relief at all. Instead, the essential impetus is to fully and permanently eliminate work requirements and work incentives from the existing child tax credit program.” (The Daily Signal is the news and commentary platform of The Heritage Foundation.)

Welfare spending is not a tax cut, even if it is administered by the Internal Revenue Service.

Instead of tax relief for working families, the reconciliation bill contemplated by this budget will include damaging tax increases borne by middle-income families.

In fact, the reconciliation instructions give the congressional committees with jurisdiction over the tax code an unlimited ability to increase taxes while avoiding the filibuster. Further, this budget includes an entire reserve fund dedicated to, essentially, increasing tax burdens on every employer and innovator in the country.

No one, however, should be surprised. Since November, Democrats have proposed trillions of dollars in proposed new taxation. This budget would give them the tools necessary to make their radically punitive tax dreams a reality.

Democrats’ own estimates are that this budget would increase federal spending by more than $4.16 trillion through fiscal year 2031. However, it’s also important to see how much they want to increase spending in just the first year: at least $1.75 trillion.

That is how much the reconciliation instructions would allow them to increase the deficit by. So, just with this single year’s budget, Biden and congressional Democrats would be able to avoid the filibuster to add $1.75 trillion to the deficit.

In truth, with the unlimited ability to raise taxes in this budget, there is no real cap on how much they could spend through reconciliation either.

Further, this budget contains several provisions implying spending on various projects, including infrastructure (read as whatever they define as “infrastructure” today). It should also be noted that the tax code can be utilized to effectively create new spending programs.

4. Path to a Debt Crisis

Not only would this plan increase the publicly held debt by more than $4.16 trillion, bringing it to more than 118% of gross domestic product, but it would leave us with well over $2.2 trillion annual deficits by fiscal year 2031. In fact, this plan would envision spending over $1 trillion in fiscal year 2031 just on the net interest for the federal debt.

At a minimum, similar to a tax increase, this new debt would represent the federal government crowding out private investment and stifling wage and job growth. Ultimately, this would set us further down the path toward an unrecoverable debt crisis.

While some of the recent trend of higher inflation is related to the pandemic, it is mostly the result of our reckless federal fiscal policy—which this budget would double down on.

When the federal government increases taxes and crowds out private investment it stifles economic activity. This reduction in real productivity leads to higher rates of inflation as more dollars are chasing fewer goods and services.

To compound this crisis, the Federal Reserve would likely print trillions of more dollars to finance a portion of this deficit spending. In fact, since the start of the pandemic, 54% of the new federal debt ($2.8 trillion) has come from newly printed cash flooded into the economy by the Fed.

The exponentially higher rates of deficit spending, taxation, and money printing that would result from this budget would only serve to exacerbate the current inflationary trend.

During this summer’s negotiations over the bipartisan infrastructure bill, many conservatives warned that any concessions made by Democrats would be undone by using reconciliation to get the rest of what the left wants for urban transit and passenger rail.

To keep Republicans at the negotiating table, Biden said he was willing to give up some of the transportation spending that he wanted, and reserve reconciliation for areas not related to infrastructure, such as social and environmental programs.

The Senate budget resolution breaks this promise by giving $60 billion in reconciliation instructions to the House Transportation and Infrastructure Committee, on top of the $1.1 trillion infrastructure deal.

The summary from the Senate Budget Committee explicitly states that the reconciliation instructions are expected to be used to increase spending on items already covered by the infrastructure bill, including transit improvements, investments in transportation, ports, and clean vehicles.

This shows that months of infrastructure negotiations were done in bad faith.

The point of a budget is to establish responsible fiscal priorities and set up guardrails to assure Congress meets those goals.

However, this budget resolution is filled with loopholes and gimmicks that will make it easier to increase spending.

For the reconciliation bill, the budget resolution waives points of order against increasing the deficit within the budget window and over the long term.

It also includes several reserve funds and adjustment authorities that will allow the chairman of the Budget Committee in the House and Senate to retroactively adjust the levels and allocations in the budget resolution. This is particularly relevant because the budget resolution hides the fact that congressional Democrats are calling for trillions of dollars in tax increases. Instead, those revenue increases will have to be accounted for in the budget later.

The budget resolution also repeals a point of order in the Senate against designating spending as an emergency, which exempts it from the normal budgetary enforcement procedures.

The budget resolution allows the chairman of the Budget Committee to adjust the 302(a) allocation, which sets the overall amount that the Appropriations Committee can spend, if the appropriations bills include funding for certain categories of spending. This adjustment effectively exempts $31.485 billion of spending from the normal discretionary spending levels.

With the expiration of the Budget Control Act caps, these exemptions are no longer necessary, and only serve to weaken the need for Congress to prioritize these categories of spending over low-priority programs.

Despite the trillions in higher spending in this budget resolution, it still manages to shortchange the core constitutional responsibility of national security.

Compared to the Congressional Budget Office’s baseline, this budget resolution would reduce national defense budget authority by $391 billion over the 2022-2031 period. For fiscal year 2022, it does not even match the level marked up by the Senate Armed Services Committee.

This budget resolution fails to tackle the nation’s most important fiscal challenges, while likely making future reforms to forestall a crisis even more difficult. Any meaningful fiscal reform must tackle the unsustainable entitlement programs, including Medicare, Medicaid, subsidies for private health insurance, and Social Security.

The looming insolvency of the federal government’s two largest programs should be a wake-up call for the need to consider serious changes that would result in better outcomes for those who depend on these programs.

When the Social Security Trust Fund is depleted, it will trigger an immediate 25% benefit reduction, which translates into a low-income earner’s benefit falling by $3,700, to $11,200 per year. Already, Social Security takes 12.4% of workers’ paychecks; keeping it solvent would require a 33% increase in the payroll tax, to 16.5%, or an extra $102,000 in Social Security taxes for an average worker.

Workers shouldn’t have to give up so much of their earnings for a program that’s a terrible deal for most Americans.

By shifting to a smaller, more targeted Social Security program, policymakers could actually help create a significantly larger economy, with higher incomes, greater personal savings, and generations of Americans less dependent on their children and grandchildren.

Congress Must Reject This Budget Resolution

Instead of this budget resolution, Congress should follow a responsible fiscal path that begins to confront the problem of overspending and a federal government that is already too burdensome and unsustainable.