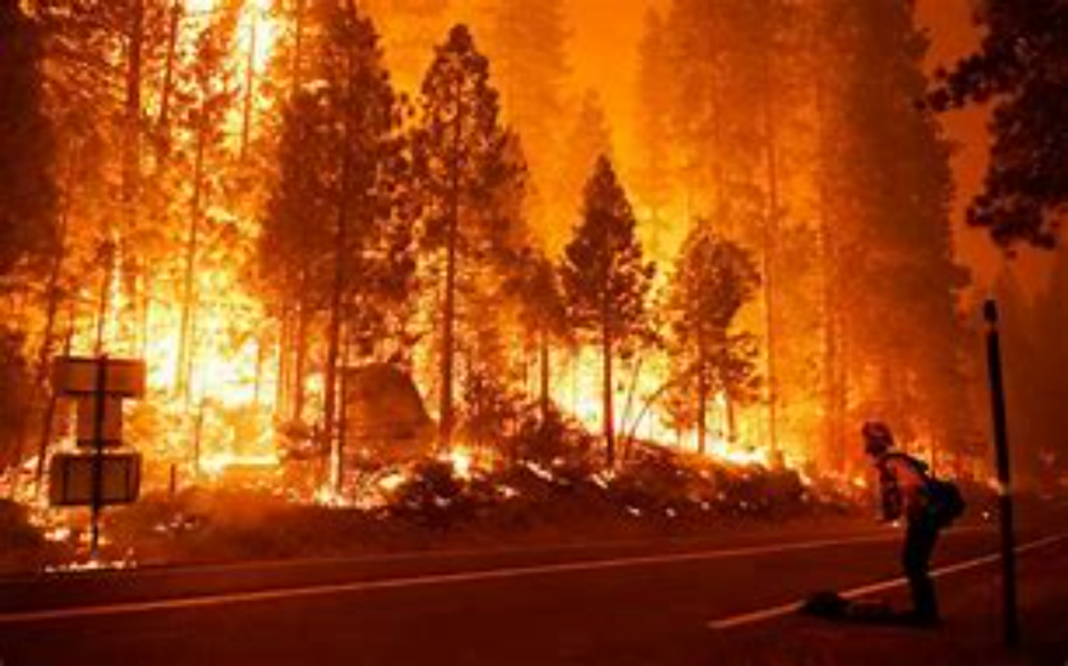 REDDING, Calif. — Firefighters were making progress Friday against Northern California forest fires that burned several homes and forced thousands to flee communities even as authorities prepared for a hot, crowded Fourth of July weekend that could bring the threat of new blazes.

Three wildfires near the towering Mount Shasta volcano an hour’s drive from the Oregon border have burned around 60 square miles (155 square kilometers) of brush and timber.

Property damage was evident at the Salt Fire, which broke out Wednesday near Interstate 5 and prompted evacuations for some roads in Lakehead, an unincorporated community of around 700 people north of the city of Redding.

About a dozen destroyed buildings could be seen in just one area of the community.

The Salt Fire covered nearly 8 square miles (21 square kilometers), and was 5% contained, said Adrienne Freeman, a spokeswoman for Shasta-Trinity National Forest. She said official damage assessments will be made by local authorities.

To the northeast, the Tennant Fire in the Klamath National Forest had burned five buildings, including two homes, and threatened several hundred more. It grew slightly to more than 15 square miles (40 square kilometers) but progress was also reported there. Mop-up began on the western flank while the east side remained active. Evacuation orders and warnings continued in nearby areas.

To the north, the Lava Fire burning partly on the flanks of Mount Shasta covered more than 37 square miles (96 square kilometers) but was 27% contained. Several thousand residents of Lake Shastina were allowed to return home late Thursday.

The blazes erupted during an extreme heat wave in the U.S. West. The heat has since moderated but temperatures in the Mount Shasta area were still expected to reach nearly 100 degrees (38 Celsius) over the weekend.

Arizona, New Mexico and Utah have been forced to battle wildfires and California is bracing for what some experts fear will be one of its worst fire seasons yet.

Last year, California wildfires scorched more than 6,562 square miles (17,000 square kilometers) of land, the most in its recorded history. And just three years ago, a fire in Butte County in Northern California killed 85 people and largely destroyed the town of Paradise.

This year, many of California’s national parks have restrictions on campfires, cooking and smoking because of fire risks in the hot, dry summer. The parks are bracing for large crowds over the holiday weekend.

Fire authorities throughout California also have stepped up campaigns urging people not to use fireworks to celebrate the Fourth of July, citing both the explosive dangers and the threat of wildfires in the withering conditions.