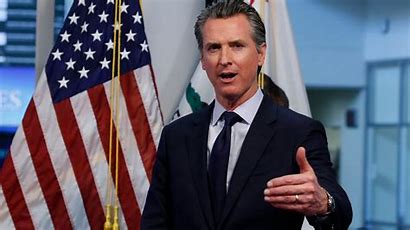 A school district in La Quinta, California, said it is taking “corrective” action over ideological lecture materials that tell high school students they are inherently privileged if they are Christian, straight, or male.

Following requests for comment from The Daily Signal, Desert Sands Unified School District public information officer Mary Perry said “the lesson was not in alignment with the district-adopted curriculum” and “actions are being taken to rectify the situation.”

“The teacher was operating outside the scope of [the] adopted curriculum and had potentially presented a biased position,” Perry said. “Corrective action is underway.”

The Daily Signal so far has not been able to determine which teacher or teachers used or wrote the lecture materials.

Graphics included in the lecture materials for Nov. 15 to 19 warn students that if they “don’t have to think about it, it’s a privilege.”

“If you can use public bathrooms without stares, fear, or anxiety, you have cisgender privilege,” reads one graphic.

Another graphic says: “If, while growing up, college was an expectation of you, not a lofty dream, you have class privilege.”

Desert Sands Unified School District parent Celeste Fiehler posted the lesson plans in the Facebook group Informed Parents of California after another parent made her aware of the ideological content.

Fiehler said in her Facebook post that the materials were used in a ninth grade English class, noting that students were told “no cellphones allowed.”

Fiehler told The Daily Signal on Tuesday that the lesson plans were from an Advanced Placement English class at La Quinta High School, but is unsure which teacher or teachers gave the lectures.

La Quinta High School did not immediately respond to The Daily Signal’s request for comment.

The lesson plans appeared to be lifted from a 2014 campaign by the University of San Francisco’s Intercultural Center led by associate professor of psychology J. Garrett-Walker and professor of marketing Sonja Martin Poole.

The “Check Your Privilege” campaign defines privilege as “unearned access to social power based on membership in a dominant social group.”

The campaign’s stated goal is to teach students, faculty, and staff at the university about privilege and to “encourage the use of privilege to advocate for others.”

Kenny Snell, a teacher in the school district and spokesman for Desert Sands Unified School District Recall, told The Daily Signal in an email that his school board recall organization considers any lesson based on “critical race theory pedagogies to be objectionable.”

“Politically biased indoctrination, that divides our students into victims and oppressors, educates them from the annals of Fake News stories from the legacy media, and instructs them in the ways of violent BLM [Black Lives Matter] and Antifa ‘civic activism’ does not belong in public education,” said Snell, who said he currently is not teaching because he is “out on disability” due to a mask mandate.

“If you can expect time off from work to celebrate your religious holidays, you have Christian privilege,” one poster from the University of San Francisco’s Check Your Privilege campaign says.

“If you’re confident that police exist to protect you, you have white male privilege,” says another poster.

“If you cannot be legally fired from work because of your perceived sexuality, you have heterosexual privilege,” reads a third.

Garrett-Walker and Poole did not immediately respond to requests for comment from The Daily Signal, nor did the University of San Francisco.

Desert Sands Unified School District did not immediately respond to a request for comment from The Daily Signal regarding which teacher or teachers used the lesson plans in question.

Are You a Member of the ‘Oppressed?’

The Desert Sands lecture materials also included a discussion of a TED Talk titled “I Am Not Your Asian Stereotype.”

“Stereotypes are part of a dominant narrative that is perpetuated by the media (film, TV, etc), people in power and oftentimes our elders,” the lesson plans say. “Notice that all of those groups have some kind of power and privilege (economic, political, age) over others.”

The lecture plans then dive into “systems, power, and privilege” discussions. Systems of power, according to the materials, are “the beliefs, practices, and cultural norms on which individual lives and institutions are built.”

These systems of power are “rooted in social constructions of race and gender” and “are embedded in history (colonization, slavery, migration, immigration, genocide) as well as present-day policies and practice,” the lesson plans say. “These systems of power reinforce the structural barriers that are the root causes of inequality experienced by people of color.”

Privilege is any special advantage or benefit that not everyone has, the lesson plans say, noting that in systems of power, “privilege is unearned or denied by one’s birth” and “an individual is either born into privilege or they’re not.”

Following the lecture on privilege, the lesson plans encourage students to discuss how ladders and pyramids symbolize a hierarchy of power and what happens as a result of an abuse of power. Students then are asked what types of privilege they have or are able to exercise.

The lesson plans also examine concepts of oppression, resistance, allyship, and solidarity and instruct students to write reflections on their identities as they relate to privilege, oppression, and allyship.

One guiding question for students asks: “Do you see yourself as a member of the ‘oppressed’? Why or why not? What do you need from yourself, your family, or your new peers, your teachers to feel empowered holding this identity?”

Every single human being is individual and different. These posters reduce human beings to external markers that hardly reflect the complex story of what a child lives and experiences. What’s so ironic is that these posters negate the entire philosophy of honoring a person’s ‘lived experience,’ the propaganda of these diversity, equity, and inclusion folks. All it does is erase human beings and reduce them to labels.

Nomani noted that many public school systems or districts across the country implementing ideological classroom content only backtrack when they are forced to respond to journalists’ inquiries.

Many parents have taken to posting about the radical concepts being taught to their children in Facebook groups like Informed Parents for California, where Fiehler first posted the November lecture materials.

“My advice is to opt your child out of all surveys, have access to your child’s Google Classroom to review assignments, and don’t be afraid to speak up when you feel that your child is being taught something that you don’t agree with,” Fiehler, deputy director of the parent organization Parentunion.org, told The Daily Signal.

“Ask school officials questions about who is collecting the data on your child in regards to these surveys,” she said. “It’s important for parents and guardians to have a say in what is being taught to their child in the classroom.”

Progressive Are Working on Socialist Healthcare

A Dude Banned From Women’s Olympics