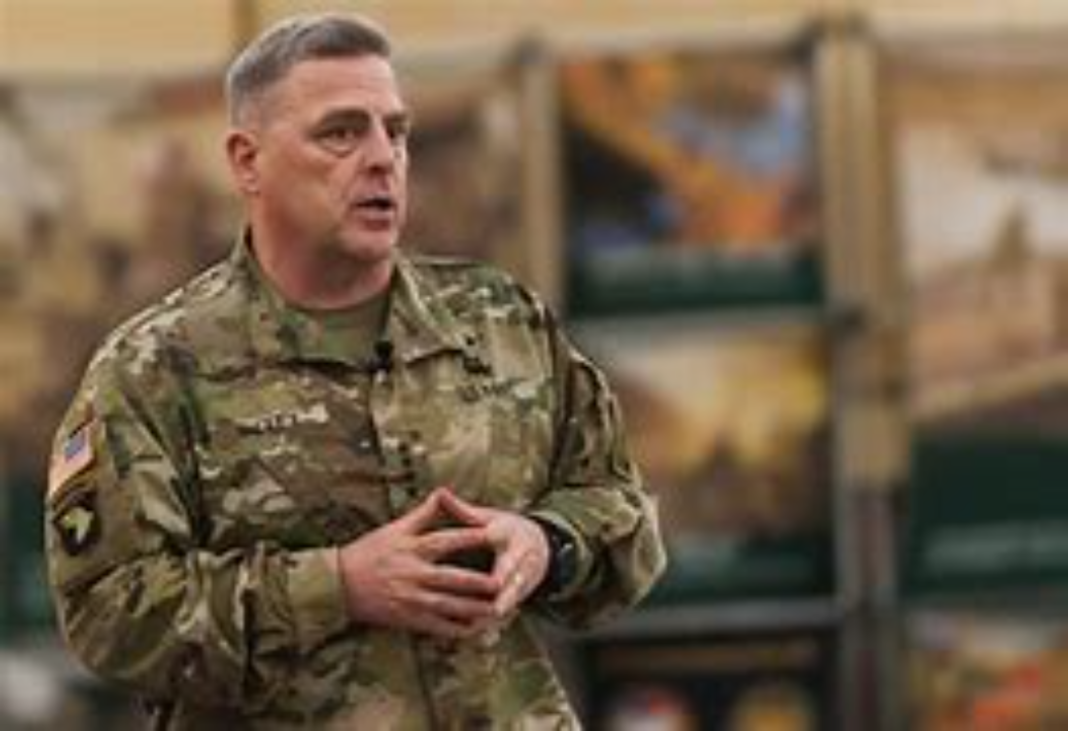 A new book has made an explosive accusation against General Milley, and they claim to have the “goods” to back it up.

Among other nuggets of evidence, the author, Bob Woodward, claims to have seen a transcript of a phone call where Milley held a secret meeting to curtail President Trump’s authority after the January 6th melee.

Newsmax reported that Joint Chiefs of Staff Chairman Mark Milley, concerned then-President Donald Trump could “go rogue,” called a secret meeting at the Pentagon two days after the Jan. 6 incidents at the Capitol to limit Trump’s ability to launch nuclear weapons or order a dangerous military strike, according to a new book from journalists Bob Woodward and Robert Costa.

“You never know what a president’s trigger point is,” Gen. Milley told his members of his senior staff, the authors wrote in the new book “Peril,” noting Milley, who was shaken by the violence of that day, “was certain that Trump had gone into a serious mental decline in the aftermath of the election” and was “now all but manic, screaming at officials and constructing his own alternate reality about endless election conspiracies,” CNN reported.

Milley told senior military officials in charge of the Pentagon’s war room Jan. 8, the National Military Command Center, they were not to take orders from anyone unless he was “part of the procedure.”

“Peril,” which will be released Sept. 21, is about Trump’s final days in office and is based on more than 200 interviews with witnesses and firsthand participants, and includes exclusive reporting about the events leading up to the incidents of Jan. 6.

This move came after Nancy Pelosi called him on January 8th, and told him that. So, Milley was taking orders from the Speaker of The House, not the President of The United States.

But it gets worse…

Milley also told China that if President Trump planned any “attack” on them, that he would “warn” them first.

And now, calls for his Court Martial are growing louder by the minute:

If General #Milley attempted to take nuclear control away from an elected President and planned to warn our adversary China of US actions in advance, he made himself a dictator and must be tried for treason

Court martial Milley and get him out of our military NOW.

Even traitor Alex Vindman is up in arms. Of course, he doesn’t see the irony in his statement…

If this is true GEN Milley must resign. He usurped civilian authority, broke Chain of Command, and violated the sacrosanct principle of civilian control over the military. It’s an extremely dangerous precedent. You can’t simply walk away from that. #dotherightthingintherightway https://t.co/izsMMCFPrz

America’s highest ranking military official conspired with a Chinese general against the civilian Commander-in-Chief. Don’t call it a coup though.

Calls for “WOKE” Mark Milley to resign began back when he was sitting around talking about “white rage,” and increased after he helped Joe Biden and Antony Blinken botch Afghanistan…so it only stands to reason that people really want his head on a platter now.

And for good reason.

Someone like Mark Milley isn’t good for the Military. He’s too political, emotional, and weak. Sadly, the chances of Biden actually firing him are zero…but again, that’s a bad decision on Biden’s part; as his sham “presidency” continues to look like a dictatorship run by bozos, where nobody is held accountable for all the mistakes that are being made.

This will come back to bite Biden.

I don’t see it, but stranger things have happened.

Biden allowed to Violate his own Mask Mandate