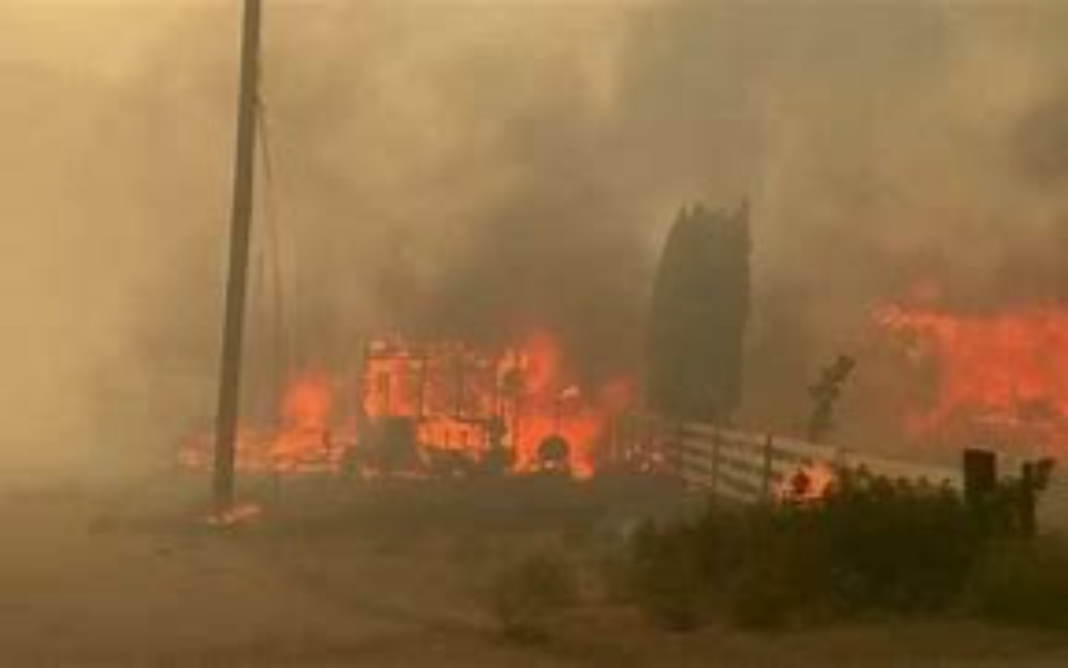 The province’s Coroner’s Service said it had received reports of two deaths related to the fire, but had not been able to send coroners in to confirm because “the area is still unsafe to attend.” It said it planned to send them in on Saturday.

The roughly 1,000 residents of Lytton had to abandon their homes with just a few minutes notice Wednesday evening after suffering the previous day under a record high of 121.2 Fahrenheit (49.6 Celsius).

Officials said it was unclear whether anyone remained in the village 95 miles (150 kilometers) northeast of Vancouver due to a lack of cell service and because it wasn’t safe to enter most of the area.

“We do know there are some people who are unaccounted for,” said Mike Farnworth, the province’s public safety minister, though he said the Royal Canadian Mounted Police and Red Cross were working to locate people.

The main wireless provider for the area, Telus Corp., said Friday it has deployed emergency communications equipment to help authorities and emergency crews dealing with the wildfires.

Meanwhile, a woman who escaped the fire, said she didn’t even have time to put shoes on before fleeing.

The Canadian Press reported that Noeleen McQuary-Budde said her husband stepped out of the house and returned moments later, screaming that a fire was upon them and they had to leave.

She said black smoke was pouring down the village’s main street and fire seemed to be coming from all directions as they drove out of town with 11 other people piled in the back of their pickup.

“The whole village of Lytton went up in I would say 10 minutes,” she said.

“We were watching it burn and just thanking Creator that we got out.”

The couple spent the night on the field of a recreation center in nearby Lillooet with their 120-pound (55 kilogram) dog, Daisy.

In Ottawa, Trudeau pledged that the federal government will “help rebuild and help people come through this.”

Trudeau said he had spoken with British Columbia Premier John Horgan and John Haugen, acting chief of the of Lytton First Nation and planned to convene an emergency response group.

Another wildfire threat at Kamloops, 220 miles (355 kilometers) northeast of Vancouver, forced an evacuation of about 200 people Thursday night, but officials said they could return Friday.

Kamloops also recorded a record his temperature this week of 117 Fahrenheit, (47.3 Celsius) but it had cooled down to around 90 (32) on Friday.

“I can’t imagine what the firefighters are going through working in these conditions,” said Noelle Kekula, a fire information officer for the British Columbia Wildfire Service. “We are up for a real battle.”

The Wildfire Service said at least 106 fires were burning across the province, including dozens that started within just the past two days.