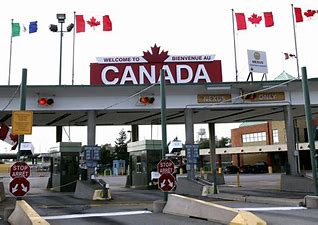 The Canadian government released its 2022-2024 immigration targets earlier this week. Should it reach these targets, the number of new immigrants entering Canada would reach levels not seen in more than a century.

This challenges the claim that the United States has the most generous immigration policies in the world. This axiom often comes with the implication that the United States has been too generous and that the government should restrict immigration. Yet a closer look at Canada’s targets compared to the Department of Homeland Security’s (DHS) numbers show why these claims are an overstatement at best and misleading at worse.

Numerically, the United States does welcome more new permanent residents each year than Canada. In 2019, the last year before the COVID-19 pandemic disrupted global migration patterns, the United States granted 1,031,765 green cards. This is more than two times the highest number of permanent resident admissions—451,000—the Canadian government aims to grant in any one year between 2022 and 2024.

Skills or Employment Versus Family-Based Immigration

Aside from how many, which pathways Canada and the United States allow for admitting immigrants is another stark difference.

Long considered the world’s leader in terms of refugee resettlement, the United States until recently offered refuge each year to more people than all other nations combined. The Trump administration changed all this, cutting refugee admissions to historic lows. This shut the door on hundreds of thousands of refugees and decimated resettlement agencies by effectively shut off their funding.

Although the Biden administration increased the Fiscal Year 2021 refugee cap from a record low of 15,000 to 62,500, only 11,445 refugees were resettled, the lowest in the history of our program.

Canada has been moving in the opposite direction. The country seeks to welcome a total of 213,100 refugees from 2022 to 2024, an average of more than 71,000 a year and a significant increase from past years. These targets would mean for 1.8 refugees for every 1,000 people in Canada every year. Compare this to the 0.3 refugees for every 1,000 people, or 106,911 refugees and asylum seekers, the United States welcomed in 2019.

These numbers lay bare our diminishing status as the premier destination of immigrants and, more worryingly, as the world’s leader for refugees much to Canada’s benefit.

Pelosi responds to questions about husband’s stock purchase ahead of Congress’...