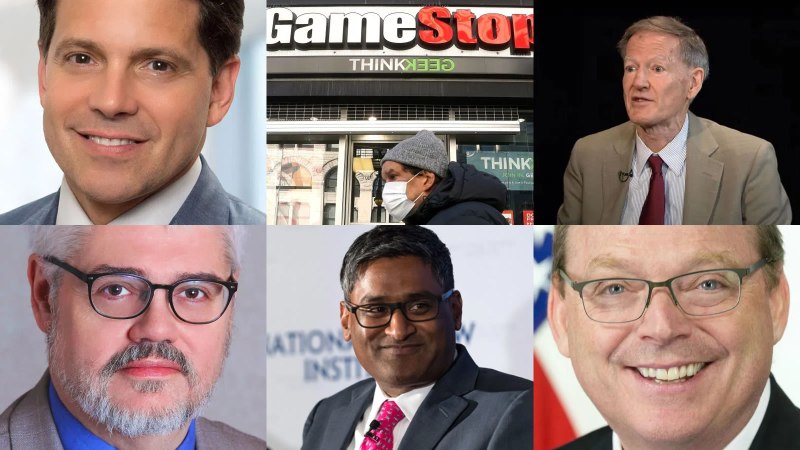 The launch of Capital Record from National Review Capital Matters has come with a bang, not a whimper, and it is not too late for you to jump on the train. This weekly, 30-minute podcast (okay, sometimes I go a little long) belongs in your feed, if you find these kinds of topics interesting:

Our launch edition featured our own Kevin Hassett, former chair of the White House Council of Economic Advisers, diving deep into the present state of the economy, and offering a definition of wealth that really represents a foundational distinction between the free-enterprise and collectivist camps.

Episode 2 was provoked by the so-called GameStop saga, with National Review Capital Matters editor Andrew Stuttaford joining the fray. Sober and reasoned analysis that both (a) understood how market functions work, and (b) had no agenda to defend any particular party in this silliness has been hard to come by since this escapade began. This podcast is the exception to that rule.

In episode 3, the great economist and theological exegete Jerry Bowyer was the guest. He unpacked the secret sauce of his new book, The Maker versus the Takers, a powerful rebuttal to the fallacy that Jesus was a socialist.

In episode 4, I hosted my long-time friend, hedge funder Anthony Scaramucci. We debated the challenges in maintaining a free-enterprise system while recognizing the gray areas around government participation. Enough to make everyone mad at something!

Supply-side legend George Gilder also fears a post-capitalist society, and in episode 5 he presents a postulation of money and time that will go a long way towards solving the problem of inequality. A deep dive for all philosophically minded defenders of markets.

And in episode 6, Ramesh Ponnuru and I delve into monetary policy, one of the Right’s great weaknesses in terms of depth and understanding.

Our next episode (launching Thursday, March 4) features an interview with Reagan economist Arthur Laffer and candidly covers so many topics that I couldn’t even summarize in a simple sentence. You will not want to miss this special episode!

Future podcasts are going to feature premier American CEOs, hedge-fund managers, economists, and other respected thought leaders who all have something to say about capital markets. Our goal is to bring depth, perspective, and discussion to the key matters of the day affecting capital markets, the defense of free enterprise, and economic prosperity. It is my 2021 passion project, and I hope listening to it will become one of yours.