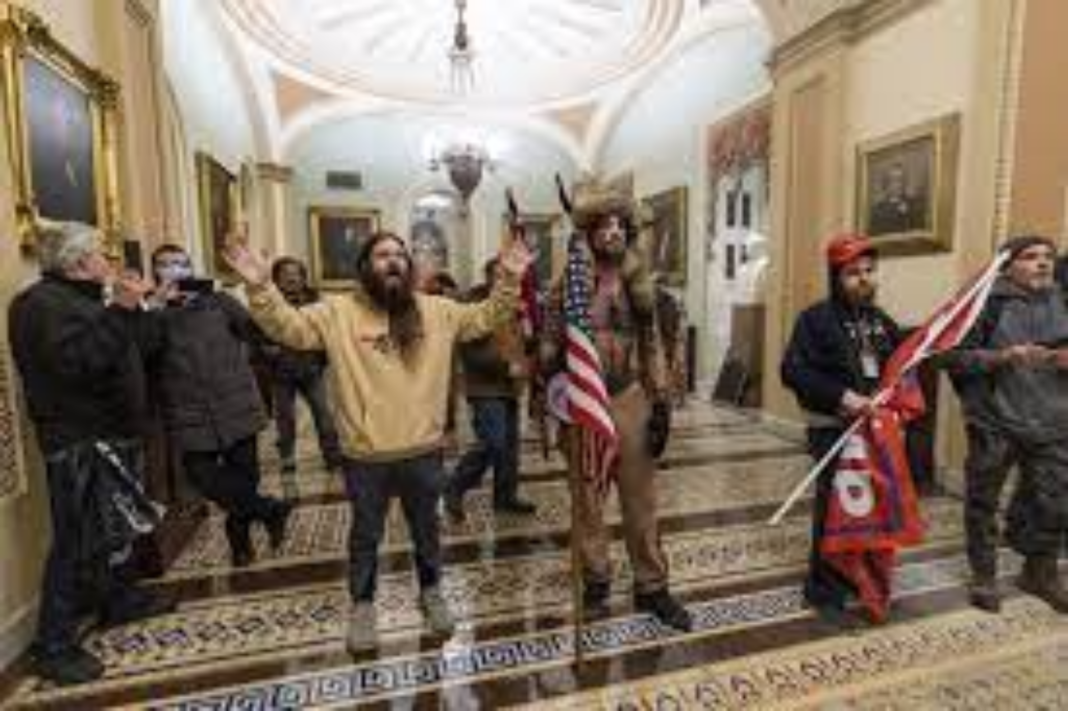 I have said time and time again that if you understand this one thing about communism, everything the Democrats are doing will make perfect sense.

And before I tell you about this story, where a man was arrested for telling his dentist about his trip to DC on January 6th, I want to remind you of this “one thing” you need to keep in mind.

Communists believe that prison is “fascism.” They believe that the ONLY people who should be licked up are political dissidents – anyone else can be “rehabilitated,” but those who disagree with their politics are hopeless and need to be locked up for good.

So, when you realize this, everything Dems are doing with the “defund the police” and BLM rioting for criminals and calling Jan 6th worse than 9/11, it all starts to make sense.

And now this absurd story, will also make sense -doesn’t make it right, but you’ll start to understand why Dems behave how they do – they are literally communists.

The story of this man goes like this: he was charged after allegedly sharing details and video of him inside the Capitol building with his dentist.

His name is Daniel Warmus, and he’s from New York. He reportedly shared that he smoked marijuana and recorded video inside of the Capitol building.

Afterward, an anonymous tip was phoned into the Fbi and he was arrested and charged.

Bizpacreview reported that Warmus was arrested and charged with disorderly conduct while on Capitol grounds as well as violent entry, according to the Department of Justice, NBC News reported. Warmus also faces charges for knowingly entering or remaining in a restricted building without authority and intent to obstruct the orderly conduct of government.

An investigation into the anonymous tip found security footage allegedly showing Warmus entering through the Senate doors around 2:15 p.m., according to the complaint, NBC News reported. He was allegedly seen wearing a “Trump 2020” hat, a “CNN is fake news” hoodie and carrying a “fuck Antifa” flag.

A search warrant reportedly revealed Warmus’ cell phone records placed him around and inside the Capitol building on Jan. 6, according to the complaint, NBC News reported. The records matched his cell phone model and serial number.

Wow, that’s some heavy-duty stuff. Thank God this MONSTER is off the streets, right?

Ya know, a lot of those people who went into the Capitol were INVITED IN by cops. We’ve all seen the videos. They were gathered in large groups or walking around like tourists.

This guy was one of those people..and none of the screencaps from the footage that I’ve seen shows him being violent or vandalizing anything.

The FBI can’t figure out who’s doing the next mass shooting in Vegas or letting off bombs in downtown Nashville, but by golly, they’ll get those darn unarmed hooligans who made videos inside the Capitol.

It’s stomach-turning – but when you remember how communists feel about “political dissidents,” it begins to make warped sense.