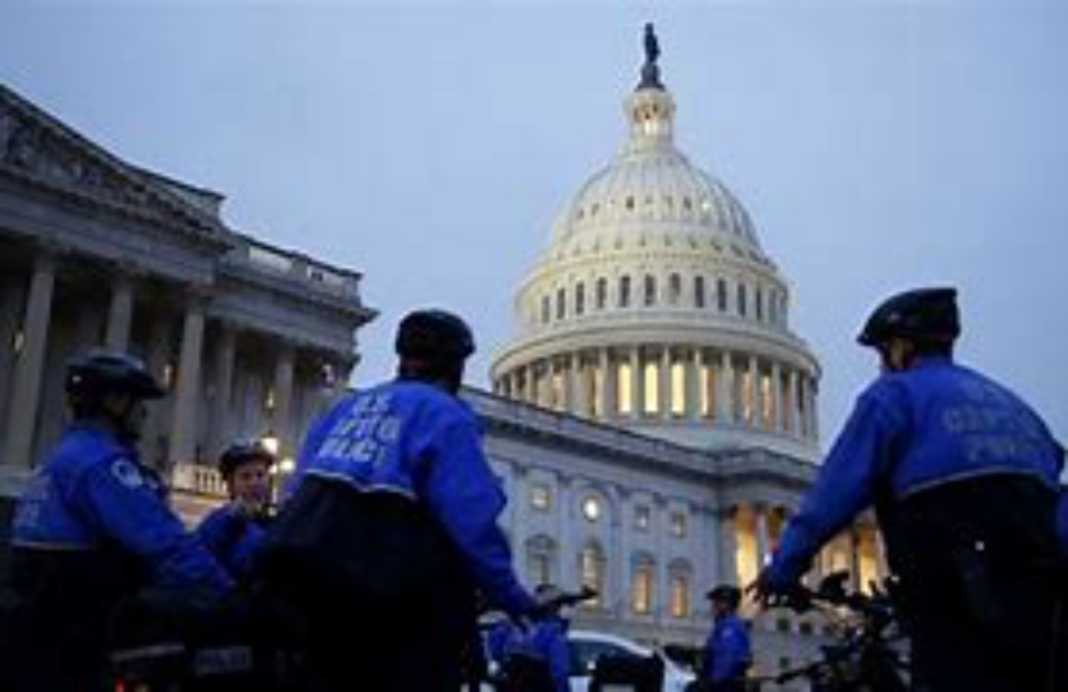 On the six-month anniversary of the January 6 riot on Capitol Hill, Acting Capitol Police Chief Yogananda Pittman announced some reforms that the department has taken and plans moving forward. Included in the plans is for the Capitol Police to begin opening field offices across the country. This is justified as a necessity in order to offer more protection for lawmakers. The first two states in this expansion are Florida and California.

Chief Pittman has testified before Congress that since 2017, total threats against lawmakers have doubled. Most of the suspects identified with the threats live outside of the D.C. area. The Capitol Police are expanding in the same way that Secret Service does with field offices in many states. Spokesman Tim Barber, a spokesman says that the expansion will allow Capitol Police to better monitor and quickly investigate threats toward lawmakers. The attack on the Capitol exposed “serious deficiencies in the Capitol Police’s gathering and dissemination of intelligence, preparedness, and training.” It’s hard to argue with that.

Some of the reforms now in place since the attack include better training, the purchase of more protective equipment, and providing more robust mental health services for officers.

Hours after the attack, Capitol Police Officer Brian Sicknick died from a stroke after battling the mob. Officer Howard Liebengood died by suicide not long after, as did a D.C. police officer, Jeffrey Smith.

“We will never forget U.S.C.P. Officers Brian Sicknick and Howie Liebengood, who died after the attack, nor the sacrifices of the nearly 150 law enforcement officers who were injured,” a statement from the Capitol Police said.

Pittman admitted that intelligence sharing and working with other law enforcement agencies is a key component of protecting the Capitol. This includes working with other agencies to bring suspects from the January 6 riot. In her statement, she described the recommendations the Capitol Police are implementing.

Since that day, our team has been working with federal law enforcement agents to track down the suspects and bring them to justice. So far more than 500 defendants face charges.

Throughout the last six months, the United States Capitol Police has been working around the clock with our Congressional stakeholders to support our officers, enhance security around the Capitol Complex, and pivot towards an intelligence-based protective agency.

USCP continues to implement recommendations from a series of post January 6 reviews including;

The statement goes on to list specific examples of improvements made by the department. These are listed to include expanded wellness services, enhanced member protection, increased training, critical incident response planning, communication, equipment and technology, and so on. It seems that increased training and better response planning should be at the top of the list. From what we now know of the events of January 6, a top failure of the Capitol Police was in working with others to provide an adequate response. The Capitol Police on duty that day were clearly caught flat-footed and unable to handle the situation. It seems like they should have known to be better prepared, given the proximity of the Trump rally and how volatile some of the crowd would likely become.

Improvements include training with the National Guard. It’s surprising, frankly, that this wasn’t already a part of training for an agency tasked with protecting the Capitol.

The USCP will also receive additional training alongside the National Guard — which aided in response to the attack on the Capitol — which will entail “riot training, shoot/don’t shoot scenarios, and less-than-lethal exercises” in addition to “use of force, tactical, equipment, leadership, and incident command training.”

Pittman added that the Capitol Police have cemented their “Critical Incident Response Plan,” providing them with a blueprint on how to “mobilize local, state, and federal manpower, including the Department of Defense,” in the event of an unplanned emergency.

Democrats and others like Chief Pittman focus on right-wing extremism as the most pressing problem right now yet extremism is a bipartisan activity. The January 6 riot was a one-off, though Democrats plan to milk it all the way to the mid-term elections and beyond. Left-wing extremism is not unheard of at all. As far as the Capitol goes, think back to the 70s and the bombing that occurred by the Weather Underground, a radical faction of the Students for a Democratic Society. About $300,000 of damage to the building was done that day. Obama’s neighbor and political supporter, Bill Ayers, was a member of Weather Underground, a domestic terrorist group. In more recent days, Republican lawmakers were targeted by a Bernie bro while practicing for the annual Congressional baseball game. Steve Scalise almost died from his injuries that day.

Security is important on Capitol Hill. Lawmakers and staff are entitled to feel safe in their workplaces. Pelosi and her minions have overplayed their hand, though, in such measures as the deployment of National Guardsmen and fencing post-January 6. Pelosi now looks like the boy who cried wolf. Alleged rumors of additional attacks have not come to pass. Field offices may prove useful but it may be just more overreach.