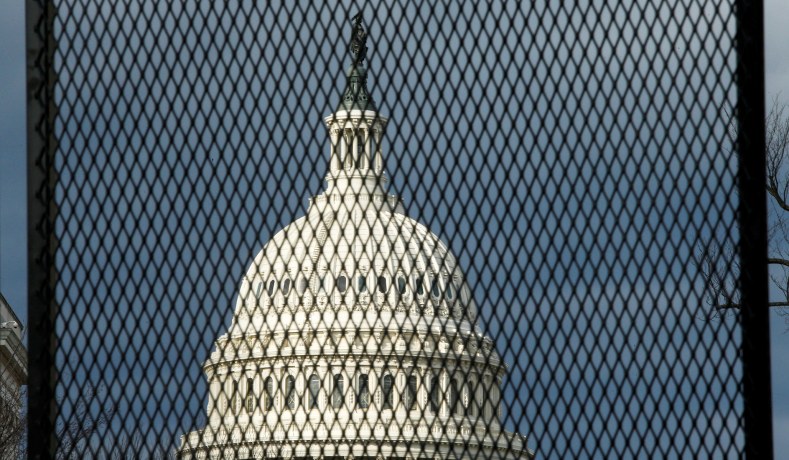 Ironic probably is not the word. It would imply some level of smug amusement from the rhetorical debate unfolding one month later over the origins of the January 6 attack on the Capitol. For no observer with a lick of conscience is that the case.

But it is . . . well, familiar. Eerily so. A central question — for the defense mounted by rioters, and for the narrative reconstructed by lawmakers — is whether this attack was spontaneous or planned.

From The Hill, on a brief filed by a defense attorney for one accused rioter arguing he was inspired by Donald Trump:

The raid on the Capitol, she said, “appears to have been spontaneous and sparked by the statements made during the ‘Stop the Steal’ rally” held by Trump and his supporters earlier on Jan. 6.

As Andrew McCarthy explained on the home page yesterday, this distinction matters. For one, prosecutors weighing the tricky option of a RICO prosecution would have to prove “planning, collaboration, and continuous, concrete criminal activity” in order to proceed on that path.

The Capitol siege was a one-day affair that, for many participants, was spontaneous. Nevertheless, it appears that for at least some groups, there is evidence of planning, training, and coordination. That would make for worthy insurrection prosecutions.

Representative Alexandria Ocasio-Cortez (D., N.Y.) falls decidedly into the “planned” camp. In her widely watched account of the violence, AOC said she started receiving text messages a week prior “that I needed to be careful.”

She explained, “Those text messages came from other members of Congress. They were not threats, but they were other members, saying that they knew and that they were hearing, even from Trump people and Republicans . . . that there was violence expected on Wednesday.”

The federal investigations and court proceedings will try to sort this out. But the conflicting claims sure do recall that ugly debate eight-plus years ago over Benghazi — Susan Rice claiming that savage and overwhelming attack was a “spontaneous reaction” to a protest in Cairo over a video, as opposed to something “premeditated.”

The story never made sense, but only because it wasn’t true. “What difference, at this point, does it make?” Hillary Clinton would eventually fume, at a hearing in month four of a saga that focused on talking points and spin, as opposed to far more consequential matters of missed warnings, security failures, and the timeline of the military response.

Let’s pray the debate over the Electoral College incursion does not become similarly polluted, even if the question bears on the culpability of individual rioters. Of course, it also bears on Donald Trump’s. Those asserting the January 6 riot was a conspiracy, planned in advance, might inadvertently help his impeachment defense, as such a narrative would suggest the rioters had “insurrection” marked on their daybooks with or without the president’s goading that day.

I suspect the reality of “how it happened” will be a murky, complicated picture involving different factions with different motives and yielding an assessment replete with equivocation and exception and uncertainty. Sound familiar?