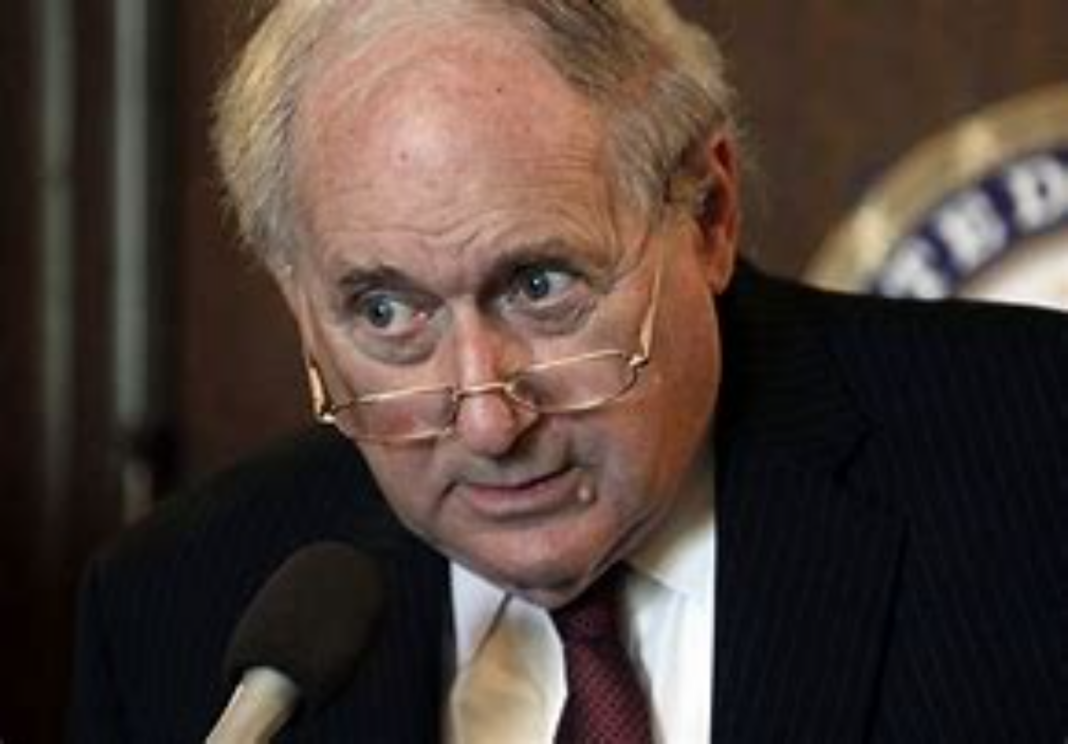 DETROIT — Famous for gazing over eyeglasses worn on the end of his nose, Carl Levin seemed at ease wherever he went, whether attending a college football game back home in Michigan or taking on a multibillion-dollar corporation before cameras on Capitol Hill.

Michigan’s longest-serving U.S. senator had a slightly rumpled, down-to-earth demeanor that helped him win over voters throughout his 36-year career, as did his staunch support for the hometown auto industry. But the Harvard-educated attorney also was a respected voice on military issues, spending years leading the powerful Senate Armed Services Committee.

Despite his record tenure and status, he kept his role in perspective. At his direction, the portraits of all 38 senators who had served before or with him since Michigan’s statehood in 1837 were hung in his office conference room. Two empty spaces were reserved for future senators.

“I’m part of a long trail of people who have represented Michigan,” Levin said in 2008. “I’m just part of that history. The people coming after me … can pick up where I leave off, whoever they might be.”

The former taxi driver and auto-line worker, who for decades kept his faded 1953 union card in his wallet, died Thursday at 87. His family and the Levin Center at Wayne State University’s law school did not release a cause of death in an evening statement. He had been living with lung cancer since age 83.

“We are all devastated by his loss. But we are filled with gratitude for all of the support that Carl received throughout his extraordinary life and career, enabling him to touch so many people and accomplish so much good,” the statement said.

First elected to the Senate in 1978, Levin represented Michigan longer than any other senator, targeting tax shelters, supporting manufacturing jobs and pushing for military funding. His tenure was a testament to voters’ approval of the slightly rumpled, down-to-earth Detroit native whom Time magazine ranked among the nation’s 10 best senators in 2006.

“He’s just a very decent person,” Democratic Sen. Jack Reed of Rhode Island, a fellow Senate Armed Services Committee member, said in 2008. “He’s unpretentious, unassuming. He never forgets that what we’re doing is enmeshed with the lives of the people he represents.”

A Washington insider and former prosecutor known for his professorial bearing, Levin took a civil but straightforward approach that allowed him to work effectively with Republicans and fellow Democrats. He was especially astute on defense matters thanks to his years as the top Democrat on the Senate Armed Services Committee.

And he didn’t fear speaking his mind.

He was in the minority — even among his Democratic Senate colleagues — when he voted against sending U.S. troops to Iraq in 2002, and two years later he said President George W. Bush’s administration had “written the book on how to mismanage a war.” He gave a cautious endorsement to President Barack Obama’s 2009 buildup of troops in Afghanistan, but later warned of “the beginnings of fraying” of Democratic support.

He was also critical of President Ronald Reagan’s buildup of nuclear weapons, saying it came at the expense of conventional weapons needed to maintain military readiness.

But, colleagues said, he almost always engendered a feeling of respect.

“We’ve always had a very trusting and respectful relationship,” the late-Republican Sen. John Warner, who worked closely for years with Levin on the Armed Services Committee, once said. “We do not try to pull surprises on each other. The security of the nation and the welfare of the armed services come first.”

Famous for wearing his eyeglasses down on his nose, Levin seemed to be the same candid, hardworking guy wherever he went, whether he was in front of cameras on Capitol Hill, on an overseas fact-finding mission or lost in the crowd of a college football stadium on game day.

“No one would accuse Carl Levin of looking like Hollywood’s version of a U.S. Senator. He’s pudgy, balding and occasionally rumpled, and he constantly wears his glasses at the very tip of his nose,” Time magazine said in its 2006 article ranking the senator among the country’s best. “Still, the Michigan Democrat has gained respect from both parties for his attention to detail and deep knowledge of policy, especially in his role as a vigilant monitor of businesses and federal agencies.”

A foe of fraud and waste, Levin led an investigation in 2002 into Enron Corp., which had declared bankruptcy the previous year amid financial scandals. The probe contributed to a new federal law that requires executives to sign off on financial statements so they could be criminally liable for posting phony numbers.

Levin pushed legislation designed to crack down on offshore tax havens, which he said cost the U.S. government at least $100 billion a year in lost taxes. He also was an advocate for stem cell research and gun control.

Closer to home, Levin promoted policies benefiting the auto industry and supported giving $25 billion in loan guarantees to General Motors and Chrysler. He argued that a vibrant domestic auto industry was crucial to rebuilding the economy after the Great Recession. He also was a member of a task force supporting efforts to fight pollution and other environmental problems affecting the Great Lakes.

“If you’ve ever worn the uniform, worked a shift on an assembly line, or sacrificed to make ends meet, then you’ve had a voice and a vote in Sen. Carl Levin,” Obama said in 2013. “No one has worked harder to bring manufacturing jobs back to our shores, close unfair tax loopholes and ensure that everyone plays by the same set of rules.”

Carl Milton Levin was born in Detroit on June 28, 1934, and he stayed in the Motor City for most of his life. After high school, he spent time as a taxi driver and worked on auto assembly plant lines to help put himself through school.

Always proud of having helped build the DeSoto and Ford trucks at a plant in Highland Park, he held onto his United Auto Workers union membership card for decades. That ended when his wallet was stolen.

He earned a bachelor’s degree in political science from Swarthmore College in 1956, and a law degree from Harvard in 1959. He married his wife, Barbara, two years later, and together they raised three daughters.

Levin fell in line with his family’s strong sense of civic duty in 1964, when he was named an assistant state attorney general and the first general counsel for the Michigan Civil Rights Commission. His older brother, former longtime U.S. Rep. Sander “Sandy” Levin, had a liberal voting record on many social issues, while their father served on the Michigan Corrections Commission, a citizens’ group that oversaw prison operations, and their mother volunteered for a Jewish organization.

Carl Levin once said that public service was in his DNA, and politics often was discussed at the dinner table when he was a boy.

He dove into public office when Detroit voters elected him to the City Council in 1969, and he served as its president before ousting a Republican to win the 1978 Senate race. He won the seat five more times but decided against running for a seventh term in 2014.

After his retirement, the Levin Center at Wayne Law was established to promote fact-based, bipartisan oversight by Congress and state legislatures and to encourage civil dialogue on public policy issues. He chaired the center and co-taught law courses. He also was a partner and distinguished counsel at the Honigman law firm in Detroit.

His memoir, “Getting to the Heart of the Matter: My 36 Years in the Senate,” was published in March. The Navy named a destroyer for him to honor his years of public service.

His nephew, Andy Levin, was reelected in 2020 to his father’s 9th Congressional District seat that represents parts of suburban Detroit.

“Carl Levin personified integrity and the notion of putting the public good above self-interest,” Andy Levin said, calling him “the very picture of sober purpose and rectitude. In truth, he wasn’t unfun. In fact, he often pierced tense situations with self-deprecating humor, and he privately shared incisive observations about others with staff and colleagues.”

Carl Levin is survived by his wife, their three adult daughters, Kate, Laura and Erica, and several grandchildren. There will be a private funeral. Information about a public memorial will be forthcoming.