Home Politics Charitable Assumptions Can Help Us Understand Each Other 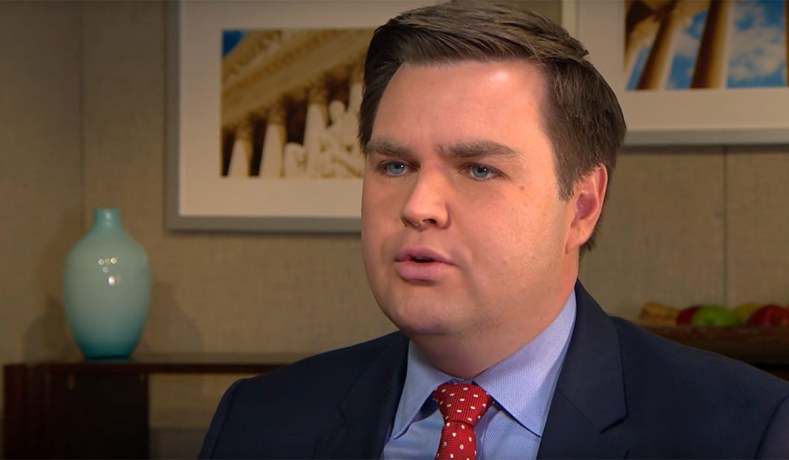 Yesterday, the Bulwark ran a column from Mona Charen denouncing J. D. Vance, the author of Hillbilly Elegy and a possible Senate candidate in Ohio. His faults: having moved from anti-Trump in 2016 to pro-Trump since then, and having tweeted, “Someone should have asked Jeffrey Epstein, John Weaver, or Leon Black about the CRAZY CONSPIRACY that many powerful people were predators targeting children.” Charen thinks this means Vance is “positioning himself as QAnon-adjacent” and “whitewashing the QAnon conspiracy.” She concludes that “the Republican base is so warped that ambitious men feel the need to sink into the sewer in search of political success.”

Today, Patrick Deneen, author of Why Liberalism Failed, posted a series of tweets about “the legal pro-life movement,” which he says is “a well-financed feint, designed to lock down voters for the party of lowering the capital gains tax rate.” His point seems to be that if that movement were as serious as it should be about ending the abortion license, it should be pressing the case not merely that Roe v. Wade should be overturned but that the license is incompatible with the 14th Amendment.

I suppose I should note that I have a number of personal ties to Vance: He’s a friend, a sometime contributor to NR, and a former fellow fellow at the American Enterprise Institute. (Charen is also the first two of those things.) I did not read him to be sucking up to QAnoners as much as trying to explain how events have made people more prone to being sucked into outlandish conspiracy theories.

There is no question, by contrast, that he has become more supportive of Trump over the years. Maybe that’s a matter of calculated political ambition, as Charen suggests. Or maybe it’s the unconscious influence of political ambition. Or maybe Vance is one of the many, many conservatives who sincerely came to a more positive view of Trump over the past few years. None of these possibilities excludes the others. My own view of Trump is closer to Charen’s, but I don’t think it’s a sign of bad character to disagree.

Longtime NR readers with good memories may recall that I have been arguing for many years that the equal-protection clause of the 14th Amendment, properly interpreted, obligates legislators to provide legal protection against homicide to unborn children. On this question, that is, I think Deneen is right (although it is possible we disagree on some of its implications). But no justice of the Supreme Court has ever expressed agreement with this view. Antonin Scalia and Robert Bork both explicitly criticized it. I think they were wrong. But I don’t think a concern about the capital-gains tax had anything to do with why they thought what they did. Ed Whelan, whom Deneen appears to be portraying as one of the feinters, certainly does not deserve that attack on his motives.

My point in considering these two incidents together is not to say that we should be more charitable to one another just because it would be nice (although that is certainly advice I could stand to dwell on). It’s not even that different types of conservative should be charitable to one another for the sake of the causes they hold in common. It’s that often, and in these particular cases, charitable assumptions about other people can aid understanding – whether it’s understanding of why a lot of conservatives support Trump, or of the obstacles between pro-lifers and our objectives.

Morocco to take back all unaccompanied minors who are illegally in...