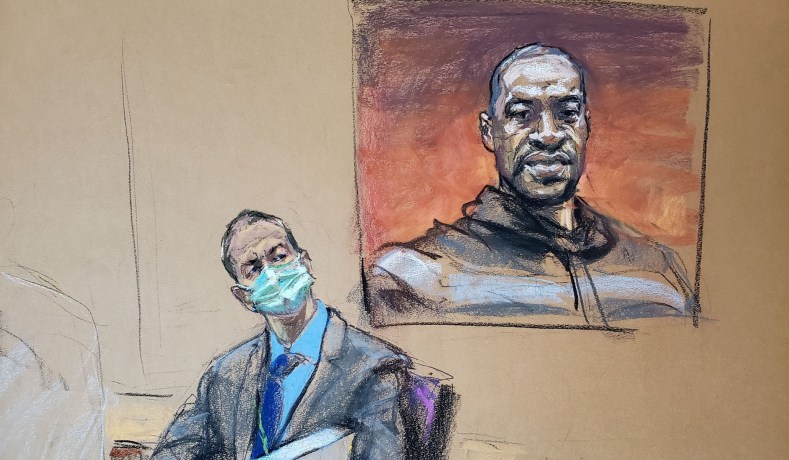 If you’re watching the Chauvin trial on Court-TV, you are probably baffled by some of the commentators, who seem confused about when leading questions are allowed. To be clear, a leading question conveys the answer sought — e.g., “Isn’t it a fact that Albany is the capital of New York?” It is distinguished from questions asked in a normal direct examination (when a party is questioning a witness the party has called), which are supposed to be open-ended so that the witness, rather than the lawyer asking the question, is providing the information — e.g., “What is the capital of New York?”

The commentators are complaining that the prosecutors have been objecting to leading questions that Eric Nelson has asked while — ostensibly — cross-examining the state’s police witnesses. Lawyers are allowed to lead on cross-examination, so the commentators are mystified at the objection. But there is a straightforward explanation. (I cut the commentators some slack since they are not privy to the sidebar discussions between Judge Peter Cahill and the lawyers, but it’s not that hard to figure out what’s happening.)

Much of Nelson’s examination of the state’s police witnesses is not actually cross, even though it is being conducted during what is normally cross-examination. Instead, Nelson is deftly converting the state’s witnesses into his own defense witnesses. That is, his questioning is not for the purpose of impeaching the direct testimony elicited by the prosecutors; it is to elicit the evidence for Chauvin’s defense case.

Frequently, when judges are trying to move a long trial along, or if the state’s witnesses are very busy people — and especially if they are being pulled away from public-service jobs in order to testify — the judge will try to avoid making the witnesses come back to court multiple times. The court will thus permit defense counsel to use the opportunity of the state’s calling the witness to not only cross-examine but pose questions the defense would otherwise have to wait until the defense case to ask — i.e., would otherwise have to bring the witness back on another day, after the state has rested its case.

It is simply a matter of getting the witness’s testimony finished in one appearance. But there is a catch. If defense counsel is not really cross-examining but is using the witness to put in defense evidence, then leading should no longer be permitted. For that portion of the questioning, defense counsel must ask open-ended questions, as if he were presenting the defense case rather than merely cross-examining the state’s witnesses.

This afternoon, for example, the state called a police expert on emergency medical response, in order to lay the groundwork for arguing that Chauvin and the other police should have begun CPR — in this instance, chest compressions — as soon as they realized George Floyd had no pulse. Nelson then used this witness to testify about both a) excited delirium (the phenomenon of a formerly unconscious person regaining consciousness and becoming violent) and b) the fact that fentanyl can be fatal in mere trace amounts.

On these latter matters, Nelson was not impeaching the officer’s direct testimony; he was asking questions outside the scope of the direct examination in order to elicit positive defense evidence. He was laying the groundwork to argue later on that Chauvin had a good reason to maintain Floyd in a neck hold, and that Floyd died from a drug overdose not from the method of police detention. Consequently, it was appropriate for prosecutors to object that Nelson was leading. He was supposed to pose open-ended questions, as if the defense had called the witnesses to the stand. That is why the judge occasionally sustained these objections.

As with most things legal, there are exceptions. Most importantly, if the court deems the witness “hostile” to the party that is trying to present direct evidence through the witness, counsel is permitted to ask leading questions.

Interestingly, the state’s police witnesses have all been very professional, have exhibited no hostility toward Chauvin, and have maintained a measured demeanor — so that they not only are answering the questions honestly no matter who asks them, but appear to be doing so. I have some criticisms, which I’ll get to separately, about the testimony of Minneapolis police chief Medaria Arradondo, who appeared yesterday; but it is to his credit and his department’s that the witnesses have been unfailingly polite, respectful, and responsive — consistent with their duty to give the defendant a fair trial.