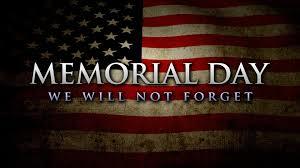 “The system of policing isn’t broken. It’s doing exactly what it’s meant to do in America. We’re not dealing with ‘bad apples.’ We’re dealing with a rotten tree. … America is a country where white people can storm the Capitol and be given the benefit of the doubt, but Black people just going about their lives are treated like they’re about to storm the Capitol.”
—Trevor Noah

“If there’s one thing America is good at, it’s multi-tasking racisms. Look, Americans: there are better ways to deal with our issues than by being racist. Try therapy, interpretive dance, or yelling at your TV. You could yell at me—I can take it.”
—Samantha Bee

“This is an historic day. This afternoon, President Biden announced he will withdraw all U.S. forces from Afghanistan by September 11th, ending America’s longest war, even longer than the never-ending cupcake wars—a quagmire of ganache. The war has been going on for almost 20 years. To put that another way, this war is too old to date Matt Gaetz.”
—Stephen Colbert

Stephen Colbert was a correspondent on The Daily Show when the war began in 2001, but it looks like he hasn’t aged a day. #LSSC pic.twitter.com/wCQPZGHKyE

“The House Ethics Committee announced it’ll launch an investigation into Republican Congressman Matt Gaetz over allegations that he may have ‘engaged in sexual misconduct and/or illicit drug use, shared inappropriate images on the House floor, misused state identification records, converted campaign funds to personal use, and/or accepted a bribe, improper gratuity or impermissible gift.’  Or as Republicans call it: running for reelection.”
—Seth Meyers

“Look, I’ve said this before and I’ll say it again: all the doctors tell you to wear masks and be careful, and the vaccine is safe. … Dr. Fauci has been doing this forever. He’s giving his very educated opinion. The closest Jim Jordan ever got to being an infectious-disease expert is contracting scabies on a wrestling mat.”
—Jimmy Kimmel, responding to Rep. Jordan’s badgering of Dr. Fauci at a Thursday House committee hearing

Note: In case you missed the news, the Amish now control all three branches of government and 49 out of 50 state legislature. Man, when they say they can do anything in a day, they ain’t kiddin’.

Weeks ’til the start of the Memorial Day weekend: 6

Support for it when respondents are told the plan will raise taxes on corporations: 53%

Amount the company that owns the Ever Given container ship owes Egypt for getting stuck in the Suez Canal: $1 billion

Rank of Sunnyvale CA, Arlington VA, and San Francisco among America’s Most Relaxed Cities, according to a LawnStarter survey of 191 U.S. cities: #1, #2, #3

CHEERS to knowing what you’re doing. All the Democratic leadership needed was an opening…a little sliver of power that they could use to show the country that the way you beat a combination pandemic-economic crisis is to go smart and BIG. Just one shot to prove that government is not always the problem, but the solution. And, by god, they got it. After Jon Ossoff, Rev. Raphael Warnock, and Joe Biden were sworn in, the legislative and Democratic-controlled executive branches got down to work and passed the American Rescue Plan Act. It didn’t bulldoze money to the top and wait for it to trickle down, it gave most of it directly to the poor and middle class. And the results are in…

A fresh batch of stimulus checks sent consumer purchases surging in March as the U.S. economy continued to get juice from aggressive congressional spending. Advance retail sales rose 9.8% for the month, the Commerce Department reported Thursday. […]

Sporting goods, clothing and food and beverage led the gains in spending and contributed to the best month for retail since the May 2020 gain of 18.3%, which came after the first round of stimulus checks.

A separate report showed that first-time filings for unemployment insurance plunged, with the Labor Department reporting 576,000 new jobless claims for the week ended April 10. That was easily the lowest total since the early days of the Covid-19 pandemic and represented a sharp decline from the previous week’s total of 769,000.

Funny thing, though. Republicans have been strangely silent in the wake of this nationwide sigh of relief amid a resurgence of our economy as a world powerhouse. I guess they’re still busy dotting all the i’s with little hand-drawn hearts on their thank-you letter to the Democrats. Oh Mitch and Kevin, that is so sweet.

CHEERS to corporal punishment. Normally I’m against it, mind you, but there are some instances when a very bad boy, who was warned not to misbehave time and time again, just has to be put over Daddy’s knee and spanked:

The United States is hitting Russia with fresh sanctions for interference in the 2020 presidential election, a sweeping cyberattack against American government and corporate networks and other activities.

President Joe Biden signed an executive order Thursday morning to strengthen his administration’s response to Russia, the White House said. Under the order, the Treasury Department has blacklisted six Russian technology companies that provide support to the cyber program run by Russia’s intelligence services. Treasury also sanctioned 32 entities and individuals for “carrying out Russian government-directed attempts to influence the 2020 U.S. presidential election, and other acts of disinformation and interference,” as well as eight individuals and entities associated with Russia’s actions in Crimea.

The official added that elements of the U.S.‘s response would “remain unseen.”

Well, unseen right up until the moment Putin wakes up tomorrow morning and pulls back his bedcovers. (Oops, I’ve neighed…er, said too much.)

JEERS to the coin-tosser-in-chief.  Sixteen years ago, George W. Bush, in yet another moment of detachment from reality, proclaimed after 5½ years of utter incompetence: “I’m the decider and I decide what’s best.” If I may weigh in on that, sir? You sucked at deciding.

CHEERS to evicting the GOP from your hoo-hah. Yet another Trump-era ruling gets zapped by Democrats and their Jewish space laser:

Women seeking an abortion pill will not be required to visit a doctor’s office or clinic during theCOVID-19 pandemic, U.S. health officials said Tuesday in the latest reversal in an ongoing legal battle over the medication.

The Food and Drug Administration announced the policy change a day earlier in a letter to the American College of Obstetricians and Gynecologists, one of several medical groups that has sued over the restriction put in place under the Trump administration.

The good news: it’s one less hurdle for women who need speedy access to abortion via mail during a nationwide pandemic. The bad news: Louis DeJoy is still the guy in charge of “speedy access” via mail. So it’s a good idea to take extraordinary steps to prevent unwanted pregnancies in the heat of passion. We recommend the “Tape A Photo Of Louis DeJoy On Your Bedroom Ceiling” method. Works every time.

CHEERS to Saddle Sores for Freedom.  On Sunday’s date in 1775, Paul Revere, William Dawes and Samuel Prescott hopped on their hoverboards and trundled from Boston to Concord, Mass., warning the citizens of the approaching British army (Prescott was the only one with enough juice to make it all the way).  Their focus group-tested talking point: “The British Are Coming.” Big if true!  Monday: The thrilling conclusion…

CHEERS to home vegetation. Not the most exciting weekend for TV, but here’s a sample of what’s on. While Chris Hayes and Rachel Maddow are sorting through the Friday news dumps, there are a couple season finales on the CW tonight: Whose Line at 8, and Penn & Teller: Fool Us at 9. Then on Real Time (10,HBO), Bill Maher talks with Ian Bremmer, Sharon Osbourne, and Georgetown University law professor Rosa Brooks.

On 60 Minutes: the CDC declares racism a public health threat. Sunday night at 8 Homer becomes a “truck guy” on The Simpsons and Lois and Peter are invited to live in a Millennial housing complex on Family Guy. But first, President Biden appears with the Obamas, Charles Barkley, Shaq, Faith Hill, Jennifer Lopez, Lin-Manuel Miranda and Doc Fauci on NBC at 7 for a special called Roll Up Your Sleeves, made to “inform and encourage those who have vaccination concerns.”  And at 11, John Oliver rolls up the week and dumps it off a pier on HBO’s Last Week Tonight.

CHEERS to rational exuberance. Who loves Medicare? EVERYBODY loves Medicare! But Republicans just voted “Aye” to taking away your guaranteed Medicare coverage in exchange for a health insurance coupon. And on behalf of Democrats everywhere may I say, Woo Hoo…

[DCCC chair Steve] Israel said that Dems plan to use the Medicare vote today to go on the offensive against Republicans from now all the way until Election Day 2012. … “All the polling tells us the same thing,” Israel said. “Voting to terminate Medicare is a bad idea politically in every district. Republicans oppose it. Democrats oppose it. And Independents oppose it.”

The bill will, of course, be voted down by the Senate, but the political damage is done. Silly Republicans—they suck as the Party of No, but they suck even worse at being the Party of Yes.

CHEERS to weekend babysitters. I’ve got stuff to do, kids. Here, stare at this for the next two days…

Have fun. See you Monday.

Why People Don’t Trust the Science

McCarthy: would be hard not to hit Pelosi with a Gavel...