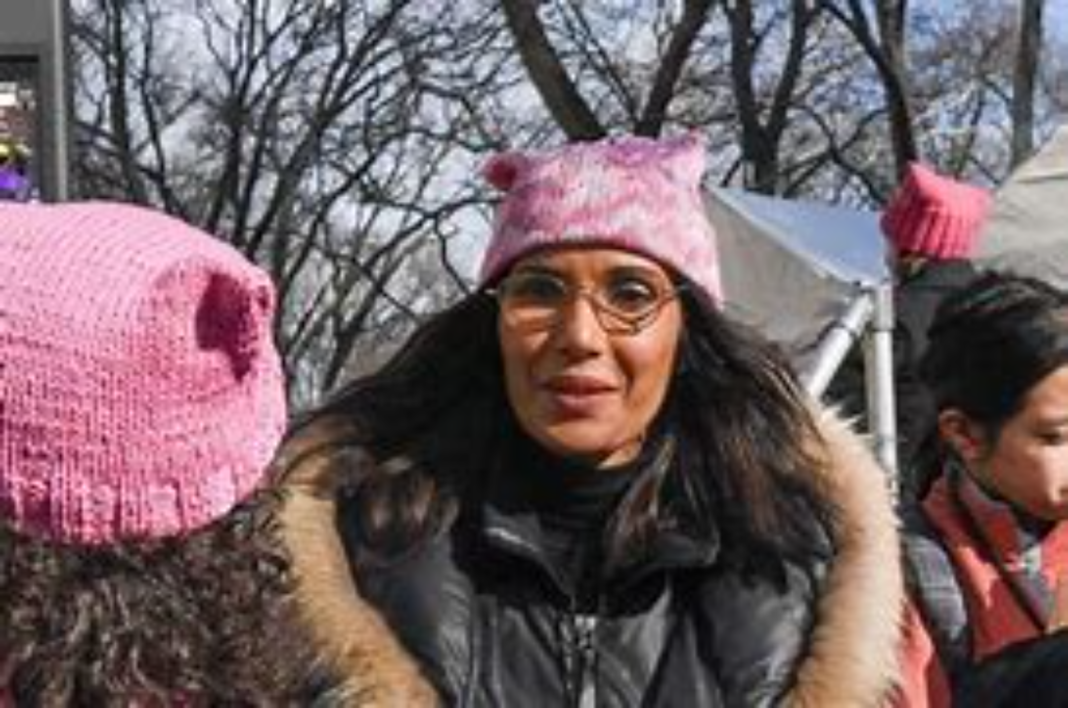 Two celebrity chef hosts of the competitive culinary show Top Chef will join in on a women’s march against the Texas fetal heartbeat law on Saturday. Padma Lakshmi and Gail Simmons are filming the upcoming season of Top Chef but will clear their busy schedules to protest the new law.

There is no word if they will don chef jackets and pink pussy hats for the occasion.

This weekend’s protest will emulate the women’s marches that were held across the country in January 2017 after the election of President Donald Trump. The local Houston Women March On, now a 501(c)(3) nonprofit, is an organizer of the event.

It’s deja vu all over again. Trump’s gone so there are fewer pink pussy hat protests. The Texas fetal heartbeat law gives pro-abortion women and their male supporters an opportunity to disparage pro-life Americans. The Top Chef celebrity hosts are getting in on the action – it’s publicity for the show. The fetal heartbeat law went into effect on September 1. Since then, pro-abortion activists have raised money and begun legal challenges against the law. Attorney General Merrick Garland is doing what he can to overturn the law, too.

There will be musical performances and voter registration stations. Sounds like a festive event for promoting such a grisly subject, doesn’t it?

I didn’t even realize that the television show had begun filming in Houston. There was no mention of participation in the protest march by Tom Colicchio.

NBC/Universal, the parent company of Bravo, and Houston First confirmed Tuesday that television’s biggest chef competition will be set in Houston for Season 19, airing in spring 2022. Filming has already begun for “Top Chef: Houston,” which will be set against the city’s vibrant, multicultural food scene.

While the show’s chef contestants have not yet been named, Bravo announced that series host Padma Lakshmi will return with head judge Tom Colicchio as well as Gail Simmons at the judge’s table. Houston chef Dawn Burrell, who competed in the finale for the most recent “Top Chef” set in Portland, Ore., will be among the chef all-stars appearing on the series.

Padma Lakshmi explained why the show is filming in Houston, given the passage of the fetal heartbeat law. Why not just boycott the state like other Hollywood liberals promise to do? Texas is bad but Houston is good, or something.

“Texans are up against so much right now- a hateful anti-abortion bill, erasure of voting rights, and a humanitarian & Constitutional crisis at the border. Houston is one of the most diverse cities in the U.S. Its govt & the majority of its ppl oppose @GovAbbott‘s heinous bills,” Lakshmi expressed. “Our show highlights the small businesses that hire the very same women, BIPOC ppl & low-income folks that these laws harm most.”

She continued, “Our show highlights the small businesses that hire the very same women, BIPOC ppl & low-income folks that these laws harm most. Only 11% of Americans believe that abortion should be illegal. The govt doesn’t have the right to force ppl to carry an unwanted pregnancy to term.”

Texans are up against so much right now- a hateful anti-abortion bill, erasure of voting rights, and a humanitarian & Constitutional crisis at the border.

Houston is one of the most diverse cities in the U.S. Its govt & the majority of its ppl oppose @GovAbbott‘s heinous bills.

As you can see, her rhetoric is straight out of the DNC’s talking points. It makes you wonder why so many people and businesses are relocating to Texas from other states every year, doesn’t it? Hollywood elites think their fans are stupid. The show can highlight small businesses in Houston because the entrepreneurial spirit is alive and well and nurtured in Texas by a business-friendly environment. She claims voting rights have been erased in Texas, yet that is just lazy rhetoric. Hyperbolic statements that can easily be fact-checked are not her friend. More people than ever voted in the last election cycle in Texas. I’m not sure how much longer Democrats will be able to make this claim because recent polls show more Americans believe it is too easy to vote, not too difficult.

Does Padma really want to bring up the “humanitarian and Constitutional crisis at the border”? Her man Joe Biden brought that whole fiasco on Texas. Governor Abbott is working tirelessly to do the job that Biden will not do, which is to secure the southern border. Biden and his administration have abandoned their most important obligation – to protect Americans at home and the sovereign borders of our country.

Ironically, because of pandemic precautions, there are no ticketed events available during the filming of this season’s shows. The public will not have access to the production. However, apparently, the pandemic is not a threat during Democrat-sponsored protest marches. No public access to the celebrity hosts during filming of the show but it’s a different story during the protest. You can’t make this stuff up.