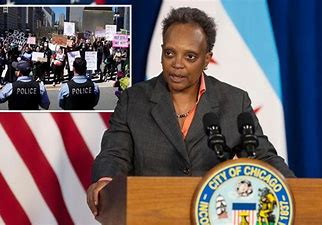 Alderman Raymond Lopez, who is running to unseat the mayor in the fall elections, told “The Ingraham Angle” on Tuesday that it is incredible to hear Lightfoot pledge to make Chicago an “oasis” for women seeking abortions, if the Supreme Court sides with the state of Mississippi in its current litigation.

Because the Windy City has been gripped by violence throughout her tenure, Lightfoot is hastily looking for a political out, he said.

“I don’t think she even realizes that she’s doing that badly, because I’ve never seen someone work so hard to be this disconnected from reality,” Lopez said.

“She’s been gaslighting people for two years. And what we’ve seen as of late is that now she’s turning to the national issue of a possible decision about abortion rights.”

Lopez claimed Lightfoot is employing a false premise, because abortion access is under legislative or judicial “attack” in the liberal Land of Lincoln.

“It is the law in Illinois. It is legal in Chicago,” he said. “But she wants to deflect to what’s going on at the federal level in the hopes that everyone will ignore her failures locally.”

Lopez told Fox News that hours before his appearance on the program, there had been two subsequent mass shootings between individuals in the “Back of the Yards” neighborhood.

“Not a peep out of the mayor,” he said. “Nothing from our police department because their hands are tied trying to address this while she is too busy, gaslighting everyone else to deflect from the fear that people have.”

In response to Lightfoot’s recently voiced hope for a 2022 “Summer of Joy,” Lopez told host Laura Ingraham that in the 10 days so far in May, 19 people have been shot dead in Chicago.

“It is not joyous for [those individuals] who have been gunned down,” he said.

During a 2020 conference call with city lawmakers, Lightfoot refused to answer Lopez’s question regarding left-wing riots in the city, summarily excoriating him as “full of s—” when he pressed her for an answer.