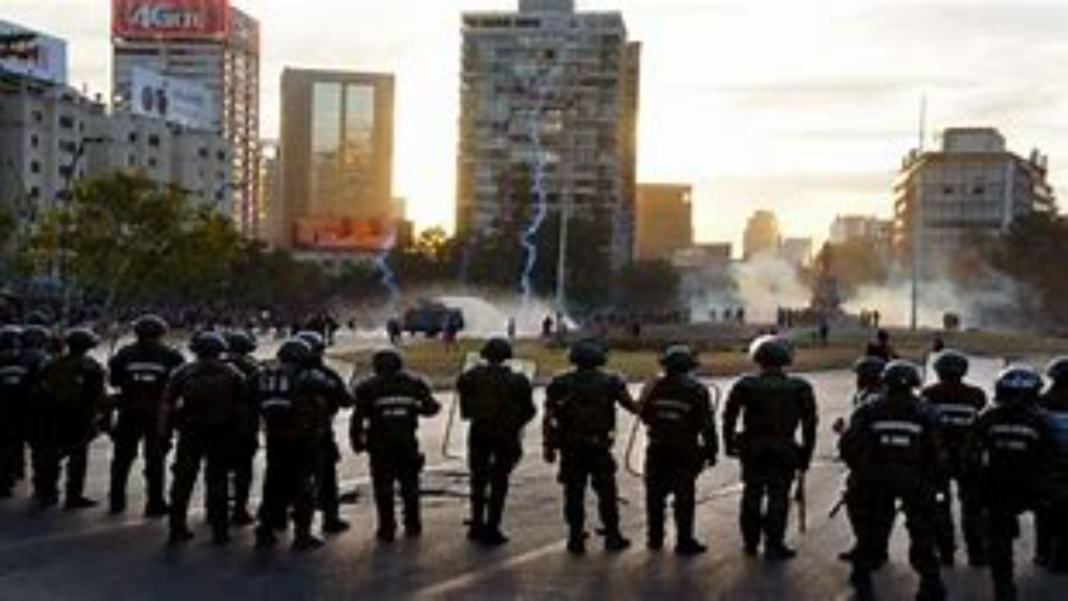 SANTIAGO, Chile — Chileans will vote for a new president Sunday following a polarizing campaign in which the leading candidates vowed to chart starkly different paths for the region’s most economically advanced country staggered by a recent wave of social unrest.

Pre-election polls point to a large number of undecided voters but consistently have favored two of the seven candidates running: former student protest leader Gabriel Boric and his ideological opposite, José Antonio Kast, who has a history of defending Chile’s military dictatorship.

But neither is expected to garner enough support to cross the 50% threshold required to avoid a runoff vote next month. Within striking distance of the two frontrunners are center-right candidate Sebastián Sichel and center-left former Education Minister Yasna Provoste. Also up for grabs is Chile’s entire 155-seat lower house of congress and about half the senate.

Boric, 35, would become Chile’s youngest modern president. He was among several student activists elected to congress in 2014 after leading protests for better and higher quality education. Running as the head of a broad alliance that includes Chile’s Communist Party, if elected he says he will raise taxes on the “super-rich” to expand social services and boost protections of the environment.

He’s also vowed to eliminate the country’s private pension system — one of the hallmarks of the free-market reforms imposed in the 1980s by Gen. Augusto Pinochet’s dictatorship.

Kast, 55, from the newly formed Republican Party until recently was seen as an outsider on the far-right fringe, having garnered less than 8% of the vote in 2017 as an independent. But he’s been steadily rising in the polls this time with a divisive discourse emphasizing conservative family values as well as attacking migrants — many from Haiti and Venezuela — he blames for crime.

A fervent Roman Catholic and father of nine, Kast has also taken aim at the outgoing President Sebastian Pinera for allegedly betraying the economic legacy of Pinochet, which his brother helped implement as the dictator’s central bank president.

Whoever wins will take over a country in the grips of major change but uncertain of its future course after decades of centrist reforms that largely left untouched Pinochet’s economic model.

Pinera’s decision to hike subway fares in 2019 sparked months of massive protests that quickly spiraled into a nationwide clamor for more accessible public services, one that exposed the crumbling foundations of Chile’s “economic miracle.”

Gravely weakened by the unrest, Pinera begrudgingly agreed to a plebiscite on rewriting the Pinochet-era constitution. In May, the assembly charged with drafting the new magna carta was elected and is expected to conclude its work sometime next year.

Meanwhile, in a fresh sign of the tensions Pinera will leave behind, the billionaire president was impeached in the lower house before dodging removal by the senate over an offshore business deal in which his family a decade ago sold its stake in a mining project while he was serving the first of two non-consecutive terms.