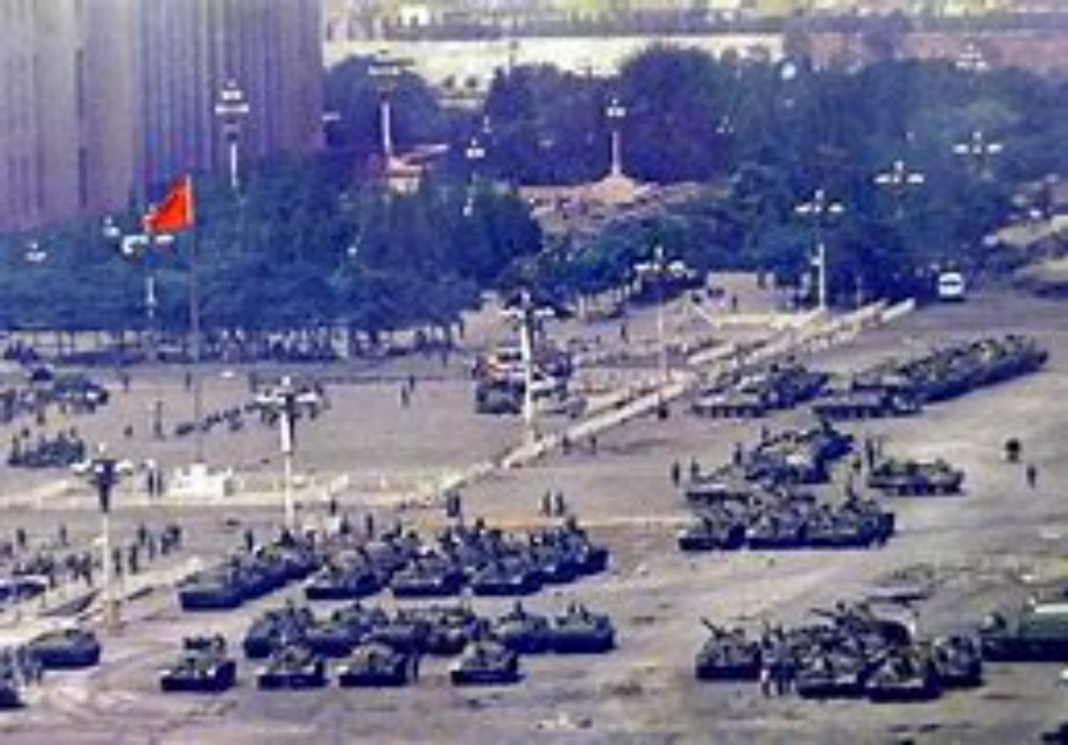 It must be nice to live in a country where your leaders encourage you to be proud of your race and history.

China’s Mighty Dragon J-20 stealth fighter jets flew over Beijing’s historic landmark in their largest display yet – a show of might to commemorate the founding of the Communist Party 100 years ago.

Beijing showcased the power of its air force during centenary celebrations for the Communist Party of China (CPC) on Thursday. The 15-strong fighter jet fleet flew in three V-shaped formations, with five planes forming each arrow.

In an interview with the Sina news outlet, J-20 pilot Cao Cheng detailed the symbolism of the demonstration and explained how the fleet flew in uniform precision: “Each wedge team has five fighter jets organized into three squadrons … which symbolizes that the People’s Air Force is invincible and has invincible courage.”

He added that all the members of the People’s Liberation Army Air Force had practised tirelessly to pull off the feat.

The number of fighter jets that took part in the air show is unprecedented, the largest number having previously been five. Those aircraft had been taking part in the National Day military parade in 2019, which was also held in the Chinese capital.

And what a fleet!

The helicopters flying in the shape of “100” is also impressive.

Much happiness for tender family affairs.

I think this issue of “Chinese communism” should be addressed at length, again. I’m not going to do that right now, because I’m exhausted.

Mao Zedong tried to do communism.

Then he backed up on it. Then he died in 1976, and China became a beast of productivity.

China is the most futuristic country on earth. While American smart meters are turning off the air-conditioning in 100 degree weather in Texas and New York is sending notices to turn off the microwave so the power doesn’t go out, everyone in China is rich and living in luxury.

Elon Musk recently said it. I check his Twitter account obsessively and the memes are horrible (literally the worst I’ve ever seen), but he’s right about this.

The economic prosperity that China has achieved is truly amazing, especially in infrastructure! I encourage people to visit and see for themselves.

You have to go to China to really understand that this is an ultra-futuristic society of tremendous wealth and prosperity, as well as national pride and sense of national identity.

Obviously, China could not have undergone the massive project of modernization that they’ve undergone since the death of Mao if it was a communist system. Communism, as we are aware, leads to mass starvation and general doom.

The Chinese system is called “Socialism with Chinese Characteristics.” The number one “Chinese characteristic” is “mercantilism,” which is basically the opposite of communism.

I doubt that even one in twenty Chinese people could explain to you any of the basic concepts of Marxist-Leninist theory. And they are well educated. The Chinese education system purposefully doesn’t teach about it, because everyone has a grandparent that has a horror story about the 1960s and the attempts at collectivization. This is not considered by the nation to be a definitive aspect of their society, but rather a weird experiment that went sideways.

As of right now, Xi Jinping is effectively the Emperor. There is really no difference between his role and the traditional role of the Emperor. He is following the Confucian ideal of “philosopher king,” even.

Every Chinese bookstore has books of his sayings on display, and every week he makes new philosophical statements about how you should love your family and be respectful to women and your co-workers.

The only relationship that China has to “communism” is some of the wholesome and cutesy aesthetics here and there.

(Note the lack of masks!)

But you say “what about the fact that it’s called the communist party????”

Well, actually, if you think it is called that, then you don’t understand the Chinese language.

It’s not really called that.

Those are characters. Not letters and not really words. The entire structure of the language is totally different.

“中国” means “China” and “共产党” is translated as “communist party” in English. The word is “Gòngchǎndǎng.” That is “gong,” “chǎn” and “dǎng.” A direct translation, as it would be spoken in Chinese, would be “The Party of People Working Together to be Productive.” That is how it sounds in Chinese, and that is how people hear it in Chinese. In the Chinese mind, there is no reference to Marx, collectivization, abolition of property, or anything else that is associated with Marxist communism.

To give an example of how Chinese translations are manipulated – back in the 1950s up through the 1990s, the leader of China was called a “Chairman” in the English media. Then, when the West thought China was going to become a “democracy,” they all of a sudden changed the word to “President.” The word in Chinese, “主席,” remained the same. It means something like “the seat of the lord.”

But by changing the word from “Chairman” to “President” in the translated English media, it gave the impression that there was some massive political shift in China, that they had somehow rearranged their entire governmental system, and were no longer alien to us.

Now that China is an enemy again, I wouldn’t be surprised if they started calling Xi “Chairman” again. Of course, if they did that, people might ask if he’d changed his title, and then people would maybe start to figure out the way this translation issue is manipulated.

You should remember this fact every time you see one of these assholes on TV saying “CHINESE COMMUNISM.” They are purposefully trying to confuse you by dragging up imagery of boogiemen from the 20th century.

I hope that helps.