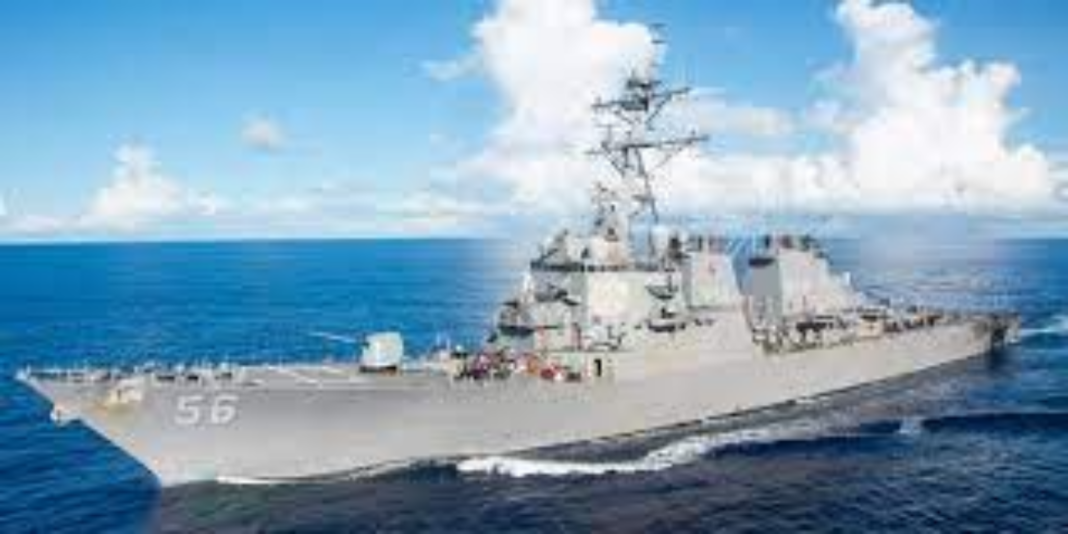 China has accused Washington of goading Taiwanese secessionists into action after a US warship sailed through the Taiwan Strait, in what the Pentagon deemed a “routine” freedom of navigation transit.

The USS ‘Curtis Wilbur’, an Arleigh Burke-class guided missile destroyer, traversed the strait on Tuesday, passing through a crucial waterway that separates mainland China from Taiwan, which Beijing sees as part of its own territory.

The US Navy described the passage as a routine mission aimed at showing “the US commitment to a free and open Indo-Pacific,” vowing to continue “to fly, sail, and operate anywhere” it can, short of violating international law.


Beijing, which sees repeated shows of force by the US in the strait as provocative, has fired back, accusing the President Joe Biden administration of fomenting tensions in the region.

“The actions of the US are sending wrong signals to the ‘Taiwan independence’ forces, deliberately disrupting the situation in the region and endangering peace and stability across the Taiwan Strait,” Senior Colonel Zhang Chunhui, spokesperson for the People’s Liberation Army’s Eastern Theater Command, said in a statement on Wednesday.

While the US, along with the majority of the world’s countries, has not officially recognized Taiwan, it remains the island’s biggest ally. Biden did not stray from long-standing US support for Taipei, further deepening diplomatic ties with the island by “liberalizing guidance on contacts” with Taiwanese officials and sending a high-ranking delegation for meetings last month.

Washington’s overtures to Taiwan have prompted rebuke from China, exacerbating simmering tensions in the region. Around the time of the visit, Beijing held military drills in the Taiwan Strait to spite “secessionist” politicians and “Taiwan-US collusion,” warning the Biden administration against “playing with fire.”

Taiwan, bolstered by the US support, said that it was “very willing” to cooperate with Washington and “like-minded” countries to deter Beijing, with the Taiwanese Defense Ministry’s strategic planning chief noting that the island is seeking to buy air-to-surface missiles with a range of nearly 1,000km (621 miles) from the US. The systems, if their sale is approved by Washington, would allow the Taiwanese military to potentially strike targets inside the Chinese mainland.