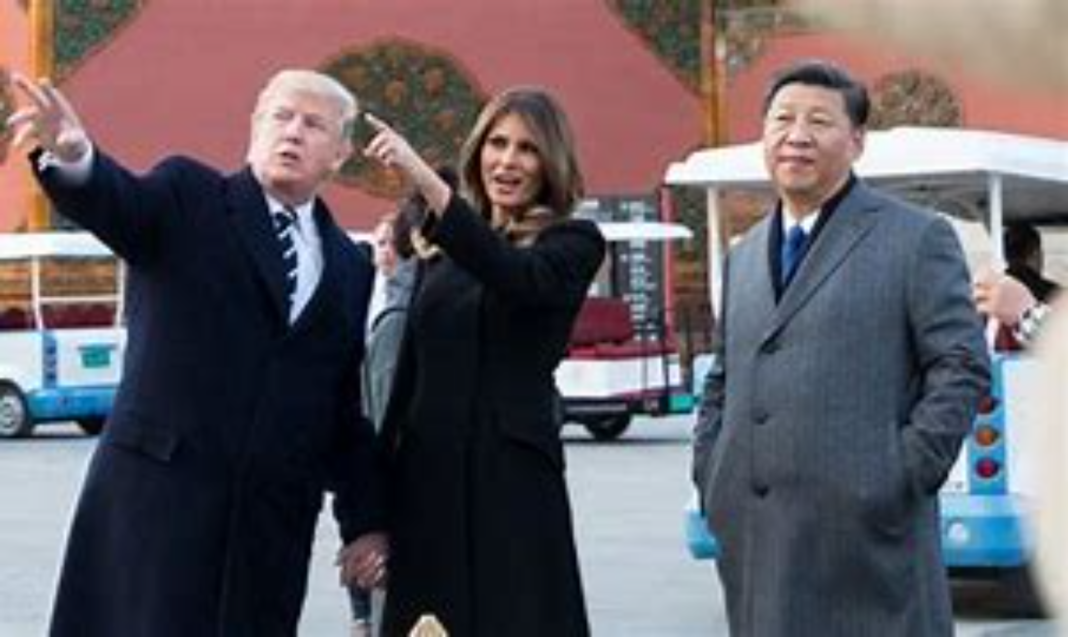 Xie Zhenhua, a special climate envoy for China, spoke to reporters at the U.N. climate summit in Glasgow, Scotland.

As a major climate polluter and as the world’s second-biggest economy, China has been much talked about, but little seen, at the summit. Chinese President Xi Jinping — who is not known to have left the country during the pandemic — has not joined the more than 100 other world leaders at the event, addressing observers and delegates in a written message Monday instead.

Xie, who played a pivotal role in negotiations that achieved the 2015 Paris climate accord, underscored China’s longstanding position that the United States and other developed nations should be the ones acting faster to cut climate-damaging emissions, not China.

China is already “making our biggest possible effort to address climate change,” Xie said, saying China was unable to start reining in its reliance on coal-fired power plants any quicker than it already was.

“So regarding the fact that China is the current largest emitter, it’s because China is at a special development stage,” Xie said. The nation will be able to speed up its emission cuts later, he said.

“We do not only make promises, we honor our promises with real action,” he said.

China, which is heavily dependent on coal-fired power, pledged last year to start reining in its fossil fuel emissions later in this decade and to become carbon neutral by 2060.

Climate negotiators welcomed Xi’s announcements then, but its 2060 date is a decade later than many other countries’ target, and Xi has resisted international calls to move faster. At the climate summit, China has taken part in some initiatives — such as joining a multinational pledge Tuesday to preserve forests — but announced no new climate efforts so far.

Despite China’s status as an economic powerhouse, its leaders argue that factors that include China’s modest per-capita income make it a developing country still.

As such, it bears less burden to cut emissions than economies like the United States or Europe that have already powered to wealth by burning coal and petroleum, China argues. The average American still produces more than twice the climate-damaging amount of carbon dioxide from fossil fuels than the average Chinese citizen.

“Those of us who are responsible for much of the deforestation and all of the problems we have so far,” Biden said, have “overwhelming obligations” to the poorer nations that account for few of the emissions yet are paying a price as the planet has grown hotter.

Biden also apologized Monday for Trump’s decision to leave the Paris climate accord, saying that “put us sort of behind the eight ball a little bit” on combating climate change.

Xie on Tuesday dismissed a reporter’s question about whether China, as the world’s current worst carbon emitter, bore any similar obligations to other countries for China’s role in damaging the Earth’s climate.

Instead, he faulted the U.S., saying it was Trump’s withdrawal that slowed down climate efforts.

“We have wasted already five years” owing to the U.S. withdrawal from the climate accord, Xie said. “And now we need to work harder and catch up.”

Biden rejoined the Paris accord earlier this year as one of his first acts as president.