Home Politics China: Investigation into the origins of the coronavirus 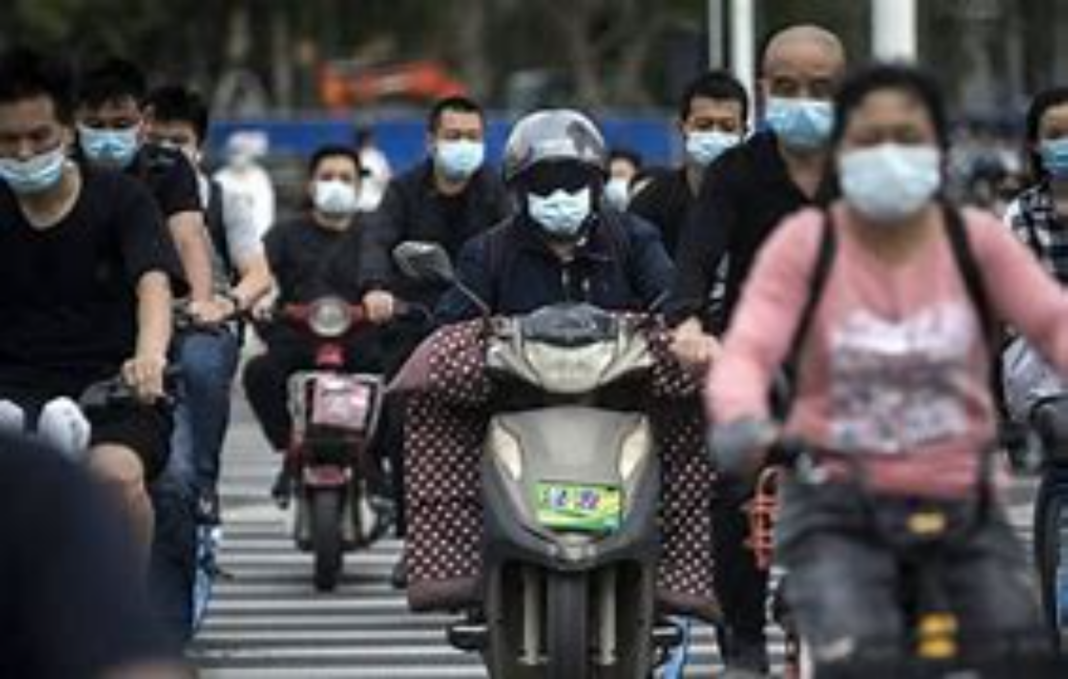 Beijing has good reason to be suspicious about Washington’s renewed calls for a “real” investigation into the origins of the novel coronavirus in China, says ex-UN official Alfred de Zayas, adding that he has seen how allegedly “independent” probes have turned into fishing expeditions and “blame games”.

On 20 June, US National Security Adviser Jake Sullivan threatened China with “international isolation” if it fails to allow a “real” investigation into the origins of the virus in its territory. Speaking to Fox News Sunday, Sullivan vowed to get “to the bottom of how this virus came into the world and who has accountability for that”.

Responding to Sullivan’s remarks Chinese Foreign Ministry spokesperson Zhao Lijian said on Monday that the claim Beijing is not cooperating with the probe into the origins of the coronavirus does not hold water. Zhao emphasised that Sullivan’s statement is nothing short of a “blatant threat”, which China objects and won’t accept.

If the US really wants to get to the bottom of the pandemic outbreak, Zhao continued, it should shed light on a National Institutes of Health (NIH) report suggesting coronavirus existed in the US as early as December 2019 and disclose the real situation of the biological lab at Fort Detrick, Maryland. In addition, a Milan National Cancer Institute study also found that at least four of Italy’s coronavirus cases dated back to October 2019.

A new international probe into the origins of the virus must be really objective and should look not only into the Wuhan outbreak but into all reported cases of the presence of the virus in 2019 elsewhere in the world, says retired UN Independent Expert on the Promotion of a Democratic and Equitable International Order Alfred-Maurice de Zayas.

Alfred de Zayas: It is pretty obvious that the US is losing the economic competition with China. If the US cannot win the “economic war”, then at least it wants to win the “information war”. Notwithstanding the fact that Sullivan certainly understands that China cannot be isolated, he also knows that fake news has a powerful impact in the perception of legal issues. The US would still like to blame China for the “China virus” and sue China under tort legislation for negligence of “reckless endangerment”. The US would love to cancel the trillion-dollar debt it has to China – and is desperately looking for quasi-legal arguments to make that plausible.

Sputnik: What’s behind Washington’s renewed push for launching a new coronavirus origins probe while there’s no direct evidence of a potential lab leak or that the virus was man-made?

Alfred de Zayas: The US wants to deflect attention from its own mismanagement of the COVID crisis. At present, the US has zero evidence – only suspicions and conspiracy theories. For the US there is always “added value” to the blaming game. Calumniare audacter semper aliquid haeret – defame and something will always stick.

Of course, China will continue to cooperate with the WHO in researching how the virus originated, but China will not allow a partisan investigation, driven by the US and its intelligence services, into a Hollywood scenario that a vast majority of scientists reject.

While it is legitimate to investigate the origins of COVID-19, it is far more important and urgent to cooperate in solving the existing world crisis and in taking the necessary steps toward the prevention of future pandemics, which certainly will emerge in the next 10 to 20 years. The buzz word should be “preparedness”, and this entails properly funding medical research and ensuring that medical infrastructures are state-of-the-art. It is a disgrace that COVID-19 caught the US thoroughly unprepared, notwithstanding US “intelligence” dating back to November 2019, that something was amiss in Wuhan.

Instead of reinvigorating US research and development into a more efficient  and ecologically responsible economy, the US prefers to resort to disinformation campaigns, fear-mongering, and sterile “naming and shaming” – which, predictably, have no impact on China, but are useful for US domestic politics.

Sputnik: Why did WHO Director Tedros Adhanom throw into doubt the results of the WHO’s February investigation – which stated that a lab leak is highly unlikely – and called for conducting a new comprehensive probe?

Alfred de Zayas: This has been inaccurately reported and distorted in the mainstream media. Dr Tedros did not retract his prior opinion that the evidence points to a natural transmission from animals to humans. He and the experts at WHO continue to adhere to this scenario. But the WHO is a world organisation that responds to many countries and many pressures – including economic pressures. Further research into the origins of this – and other – pandemics is always important. But it is not the priority of the day.

Sputnik: Is there really a need for a new international probe into the origins of COVID in China? Under what conditions should any new international investigation into the virus’ origins be carried out, in your opinion? Should claims that the novel coronavirus was spotted in other countries before the outbreak in Wuhan be also taken into consideration?

Alfred de Zayas: There is abundant evidence that the novel coronavirus was identified in Italy, France, and the US before the outbreak in Wuhan. It is important to learn from this experience – why did it appear elsewhere and why was the first big outbreak in Wuhan. These are legitimate questions. In the 1980’s much research was conducted into the origins of HIV, and researchers found that the virus did not suddenly appear in San Francisco in 1980, but that there were earlier “suspect” deaths in the US, Haiti, Africa – that could not be solved until the HIV pathogen was identified. A new international probe would only have “added value” if it is objective, transparent, and not politicised. It must probe into the Wuhan outbreak, but also into existing evidence of the presence of the virus in 2019 elsewhere in the world.

Sputnik: Why does China remain suspicious about both the US-led “independent investigation” and renewed WHO probe into the coronavirus origins on its territory? Could China’s unwillingness to green-light a new probe negatively affect its international image?

Alfred de Zayas: China has every reason to be suspicious about the US demands for an “independent investigation”, because what the US wants is a teleological investigation that will start from the conclusion that China is to blame – and then will look for (or create) evidence that will substantiate the conclusion.

Having worked in various capacities for the United Nations for over 40 years, I have seen that frequently demands for “independent investigations” are not fuelled by genuine humanistic interests, or the necessity to learn more in order to prevent future pandemics – what I observe is one more episode in the “blaming game”, as in the case of the Uyghurs of Xinjiang, whose situation has been evidence-free elevated to “genocide”.

When will the US understand that “hyperbole” does not always work?  It is a hackneyed playbook.