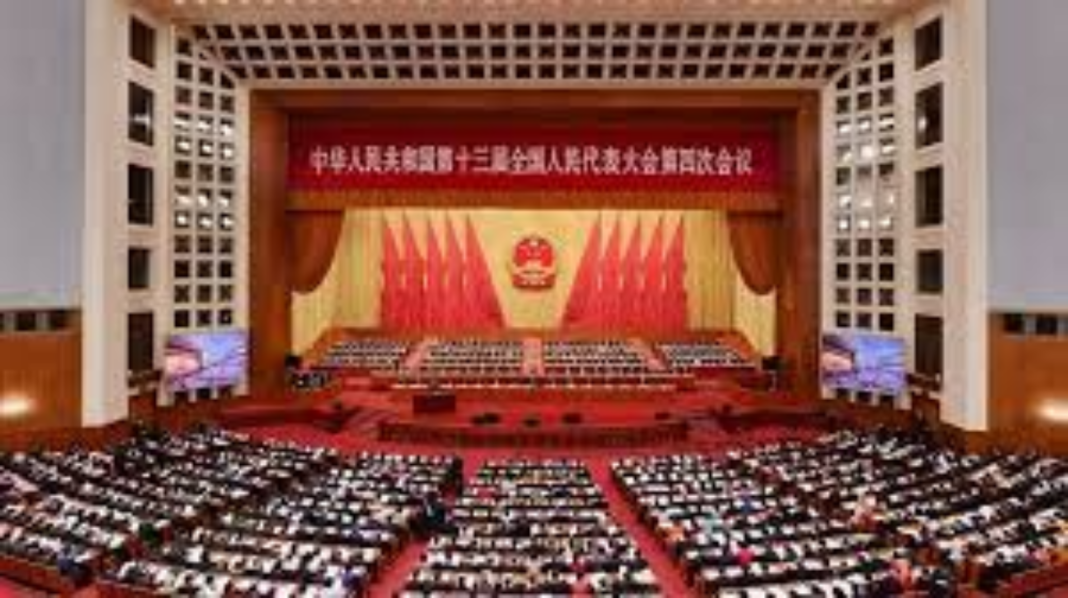 Instead of urging Biden to vaccinate the world, maybe foreign officials should start urging him to re-vaccinate the world. Because that’s what we may have to do after the CCP is done pushing weak vaccines on the planet’s poorer nations.

China’s international vaccination effort is part PR and part diplomacy. Having set the viral forest fire that’s burned across six continents, the Chinese government hoped to rebuild some goodwill by making its vaccines available to developing countries. And if those countries end up being grateful enough to assist China in extending its influence abroad, either by providing access to military bases or striking trade deals or what have you, so much the better.

But that goodwill is contingent upon the vaccines providing meaningful protection from the virus. What if they don’t?

You’ve seen Israel’s case curve, with its steep decline down to almost zero, many times now. (The seven-day average stands at 15 cases today in a nation of nine million people.) Israel used Pfizer’s vaccine, one of two cutting-edge mRNA products that have proved to be miraculously effective against the coronavirus. Compare that to the case curves in four countries that are using one of China’s two vaccines, Sinopharm and Sinovac. Those products were developed via a traditional method in which the inactivated virus is injected into people to spur an immune response.

All four of those countries have exceptionally high rates of vaccination. The surges they’re seeing aren’t a matter of the virus tearing through a population that’s still largely unimmunized, as happened in India. The Seychelles, a small island country, has also been battling an outbreak lately despite having vaccinated a greater percentage of its population than any nation on Earth. More than half of their people received — you guessed it — Sinopharm.

If you want a per capita comparison, here you go:

Studies show that China’s vaccines do seem to provide some protection. For instance, despite the elevated number of cases, Chile and the UAE haven’t seen a big spike in daily deaths from COVID. (Uruguay and Bahrain haven’t been as lucky.) Bahrain’s health minister told the WSJ that 90 percent of people hospitalized for COVID in his country right now are unvaccinated. The difference between Israel and the four countries above may be less a matter of Sinopharm and Sinovac underperforming than Pfizer and Moderna overperforming to an almost unimaginable degree.

But still. The goal of mass vaccination is to generate enough immunity in a population that even the unvaccinated end up being largely protected. Because vaccinated people don’t transmit the virus (or aren’t supposed to), the more of them there are, the fewer pathways the virus has to reach someone who’s unvaccinated. That’s what seems to be happening in Israel but not happening in Chile, Uruguay, Bahrain, and the UAE. That doesn’t mean that Sinopharm and Sinovac won’t eventually tame COVID in those countries, but the key word is “eventually.” The mRNA vaccines brought Israel’s pandemic to a screeching halt and appear to be doing the same here. The end of the pandemic in Chile et al. may be more of a slow tapering-off with occasional outbreaks, as is happening right now.

The Journal noted a few days ago that two countries, Bahrain and the UAE, have now begun to offer boosters to those who have already been fully vaccinated with Sinopharm. You can choose to get a third shot of that vaccine — or you can choose to get a dose of Pfizer. Bahrain has gone as far as to recommend Pfizer to those who are older or in poor health, fearing that Sinopharm just isn’t up to the task of protecting them. The available data appears to justify their concerns:

The study’s peer-reviewed results, published on May 26 by the Journal of the American Medical Association, found 78% efficacy against symptomatic disease for one of two versions of the Sinopharm vaccine. However, the cohort was made up mostly of healthy young men—the participants’ mean age was 36—and the study reported only two cases of severe disease, a statistically insufficient amount, in the placebo group…

In a separate, unpublished, real-world study of Sinopharm in Serbia, 29% of 150 participants were found to have zero antibodies against the virus three months after they received the first of two shots of the vaccine. The average age of the people who participated in the Serbian study was higher than 65.

“The Sinopharm vaccine is not immunogenic enough, and it appears that its impact is especially low on elderly recipients,” said Olgica Djurkovic-Djakovic, the doctor who headed the study at the University of Belgrade and shared the findings with The Wall Street Journal. Ten people out of the 150 who received Sinopharm and participated in the study contracted Covid-19, she said.

That’s not the first time scientists have discovered that a Chinese vaccine is woefully unprotective after a single dose. A study of more than 10 million people in Chile found Sinovac was a mere 16 percent effective after one shot. By comparison, a single dose of Pfizer or Moderna is 80 percent effective. The consequences of that have been lethal in some countries, with deaths per capita in Bahrain having already leaped to a rate higher than India’s. To stop the spread, the government has locked down shopping malls and restaurants despite the fact that more people there have been fully vaccinated than have been here in the U.S.

We’re left to wonder how well China’s weak vaccines will fare against a threat as formidable as the B.1.617 Indian variant. Even Pfizer’s super-vax has trouble with that one: It’s still protective against it, but less so than it is against the common coronavirus and just 33 percent effective after a single dose. If B.1.617 is that much of a challenge for Pfizer, who knows what sort of protection Sinopharm or Sinovac will provide.

Cross your fingers and hope that it’s a lot. Because on the one hand, B.1.617 is the most contagious strain of coronavirus currently known to science and is on the rise globally. And on the other, China continues to push its mediocre vaccines across the world and across its own country. Hundreds of millions of Chinese are being immunized with Sinopharm and Sinovac while, per the Journal, Sinopharm has deals to provide 175 million doses to countries as far afield as Egypt, Hungary, and Argentina. Pakistan just received a shipment of a million doses of the vaccine. If it works, fantastic. But if it doesn’t, it might deepen the pandemic by instilling a false sense of security in vaccinated people in those countries, leading them to get back to normal and seed new outbreaks in the mistaken belief that they’re more protected than they actually are. Hope for the best, as the alternative is too ugly to contemplate.

France: Sperm donation could be extended to single and lesbian women