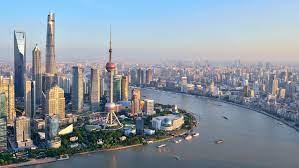 The Chinese space program is launching rockets and not caring whether the falling debris lands on populated areas. The regime in Beijing spent the first weeks of the COVID-19 pandemic contradicting doctors on the ground in Wuhan and insisting the virus could not spread from one person to another. Then Chinese companies shipped faulty personal protective equipment all around the world. Their vaccine that they shipped abroad barely works, charging some countries $36 per dose. China’s regime said they would allow investigators unfettered access to investigate the origin of the virus, and then broke that promise. And they made the nonsensical accusation that COVID-19 originated at the U.S. biological defense program at Fort Detrick, Maryland.

And that’s just China’s actions relating to the pandemic!

That’s not getting into the genocide of the Uyghurs, the near-obliteration of democratic reformers in Hong Kong, military aggression towards Taiwan, the hacking of the Office of Personnel Management, helping other countries evade U.S. sanctions, large-scale theft of intellectual property, police harassment of U.S. students studying abroad, censorship of foreign journalists, co-opting of U.S. universities, corporations, and think-tanks… oh, and did we mention the large-scale harvesting of human organs from political prisoners?

They are an outlaw authoritarian state with superpower or near-superpower status. They represent a colossally failed gamble, going back at least three decades and arguably half a century, that greater American and Western interaction with China would soften the regime. President Bill Clinton declared in 2000, “the more China liberalizes its economy, the more it will liberate the potential of its people to work without restraint, to live without fear.” We now know that belief represented an epic misjudgment.

Very few Americans like the thought that we’re entering an era of growing and worsening conflict with China. They’re a nuclear power with 1.4 billion people, one of our biggest trading partners if not the biggest trading partner, the second-largest economy in the world, the largest army in the world, and soon the largest navy in the Pacific Ocean. Wargame simulations of a U.S.-China battle over Taiwan end in either a Chinese victory or a pyrrhic victory for the Americans. A lot of American institutions have become used to the benefits of Chinese “investment,” and a lot of American corporations have become near-dependent upon access to the Chinese market. Heck, even the Biden administration’s ambitious plans for electric vehicles, wind turbines and other green-energy infrastructure will require a lot more rare earth metals, and the biggest producer of those is… China.

Even if a nascent Cold War with Beijing never turns hot, it’s still going to be a long and arduous effort.

But if we make like an ostrich and bury our heads in the sand, it’s only going to get worse. None of our past conflicts with powerful ideological, military, or geopolitical rivals is quite parallel to this one. It took a while, but Communism’s internal contradictions eventually caught up with the Soviet Union. China’s “Xi Jinping Thought” – just enough capitalism to keep the system going, along with an extremely powerful state, massive propaganda and surveillance systems and the social credit system – represents a whole new kind of threat to Western democracy, values, and nations. The Beijing regime believes its system consistently offers stability, prosperity, and order, with an acceptable sacrifice of liberty, while Western systems, which seem to offer freedom, keep delivering chaos, paralysis from internal divisions, moral depravity, and decadence.

The challenge before us is pretty colossal. But you know what could really derail China’s global ambitions and completely wipe out the regime’s “soft power” of influence for a generation?

Being held accountable before the world for its role the origin of a pandemic that has killed millions of people!