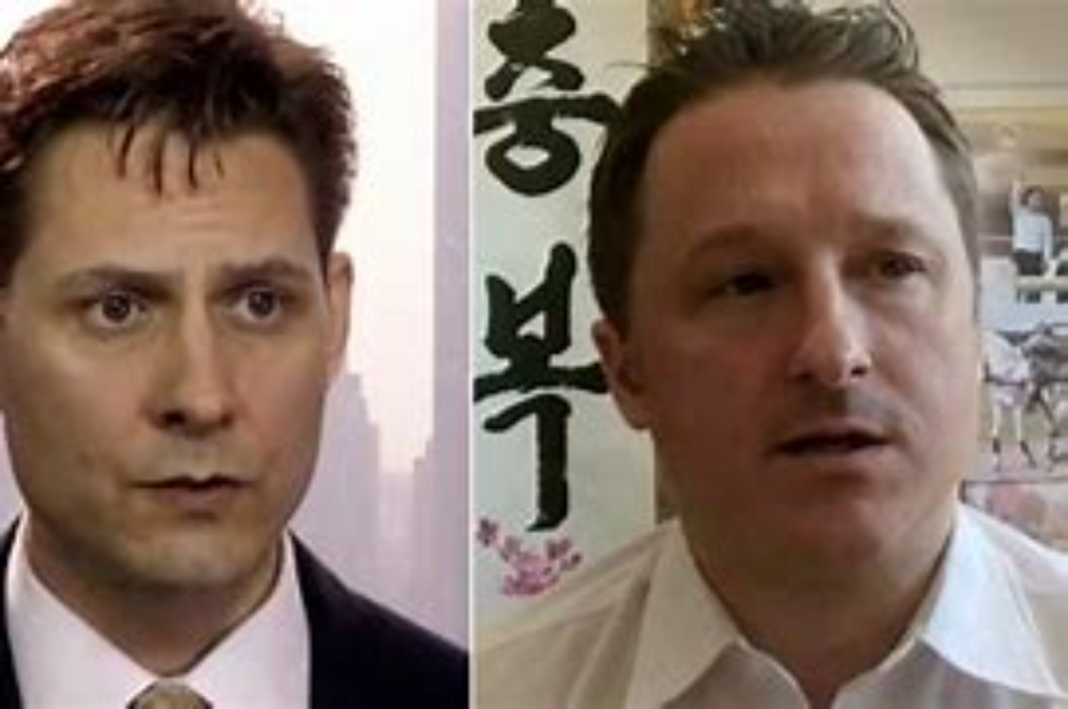 TAIPEI, Taiwan — China’s Foreign Ministry said Monday that two Canadians detained in late 2019 who were allowed to return to Canada in a prisoner swap were released on bail for health reasons.

A ministry spokesperson made the comment as Beijing sought to downplay the connection between their release and the return to China of a long-detained executive of Huawei Technologies.

Canadians Michael Spavor and Michael Kovrig were detained in December 2019, days after Huawei’s chief financial officer, Meng Wanzhou, was arrested in Canada at the request of U.S. authorities.

Many countries labeled China’s action “hostage politics,” while China accused Canada of arbitrary detention. The two Canadians were jailed for more than 1,000 days.

Meng fought the U.S. demand for extradition from Canada. She landed in China on Saturday after reaching a deal with the U.S. Justice Department that led to a prisoner swap.

“The case of Meng Wanzhou is completely different from that of Michael Kovrig and Michael Spavor in nature,” Foreign Ministry spokesperson Hua Chunying said at a daily briefing on Monday.

Spavor, an entrepreneur, had been sentenced to 11 years in prison, accused of spying. Kovrig had not yet been sentenced but was facing similar charges.

China released the two Canadians on bail after a “diagnosis by professional medical institutions, and with the guarantee of the Canadian ambassador to China,” Hua said.

Hua did not answer questions from journalists about whether the prisoner releases were entirely unrelated and what the health reasons were.

Canada has maintained that Kovrig and Spavor were innocent of any charges.

“As we have said from the beginning, Michael Kovrig’s and Michael Spavor’s detention, and the treatment they were subjected to up until their departure from China, was arbitrary,” Global Affairs Canada said in a statement. “These two men are innocent.”

Meng reached an agreement with U.S. federal prosecutors that will drop fraud charges against her next year. In return, she is accepting responsibility for misrepresenting the company’s business dealings in Iran.

U.S. White House press secretary Jen Psaki told reporters Monday that the decision to allow Meng to return to China was an independent law enforcement matter decided by the U.S. Justice Department. She added that President Joe Biden’s administration has advocated for the release of the two Canadians but stressed that the White House was not involved.

She said Biden raised concerns about the Canadians’ detention when he spoke with President Xi Jinping earlier this month.

Meng’s return to China was broadcast live on the country’s state broadcaster, CCTV. She wore a red dress the shade of China’s flag and thanked Xi and the ruling Communist Party.

On Monday, Hua, the Foreign Ministry spokesperson, said Meng was a victim of “political persecution” and was able to return to China thanks to the “government’s unrelenting efforts.”

In contrast, the release of the Canadians was reported by the state-owned tabloid Global Times, and while the news spread online, it was not carried by more authoritative state media agencies such as CCTV or Xinhua News Agency.

Huawei is the biggest global supplier of network gear for phone and internet companies. It has been a symbol of China’s progress in becoming a technological world power — and a subject of U.S. security and law enforcement concerns.