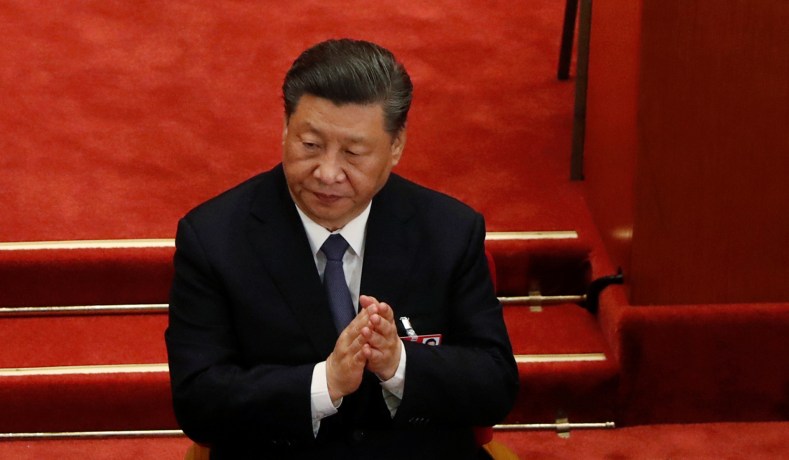 One-party autocracy certainly has its drawbacks. But when it is led by a reasonably enlightened group of people, as China is today, it can also have great advantages. That one party can just impose the politically difficult but critically important policies needed to move a society forward in the 21st century.

Now, certainly, a rejection of basic human rights and dignity isn’t ideal, but has Tom told you about the solar panels?

Like many left-wingers fixated on the “climate crisis,” Friedman suffers from an acute case of authoritarian envy. Friedman’s focus of adoration is Xi Jinping and the People’s Republic of China, the world’s largest one-party state tyranny. On Chris Cuomo’s CNN show this week, the Pulitzer Prize–winner “was thinking, like, what are they doing in China today?”

Friedman imagines that 1.3 billion Chinese are contemplating serious environmental matters rather than wasting their time with a “knucklehead” like CNN fixation Marjorie Taylor Greene:

“They were probably thinking about some bad stuff with the Uyghurs and all of that, oh, for sure, but I guarantee you they weren’t wasting their time on this nonsense.”

I doubt the Chinese are “thinking about” the Uyghurs, since there’s no critical press allowed in China. But yes, Americans should be thankful that they don’t have to think about the sadistic state-sanctioned torture of women with electric batons, or the gang rape of 20-year-olds in front of hundreds of detainees, or genocide — at least, not in America.

Friedman once famously fantasized about America being “China for a day” so that “we could actually, you know, authorize the right solutions.” This isn’t just the rationalization used by every tyrant in history, but it’s also puerile. China isn’t interested in Friedman’s “right solutions.” Instead, it is building 250 new coal-powered plants right now — enough to power all of Germany.

Still, if, in your hierarchy of values, green public transportation sits above basic liberties, you end up saying things such as:

You know, Chris, do you know that it takes four hours and 18 minutes to take the bullet train from Beijing to Shanghai? And it takes 21 hours to take the train from New York to Chicago. And they’re both about the same distance.

Yeah, well, it takes fewer than three hours to take a plane from New York to Chicago, and we don’t even have to open concentration camps in order to pay for it.