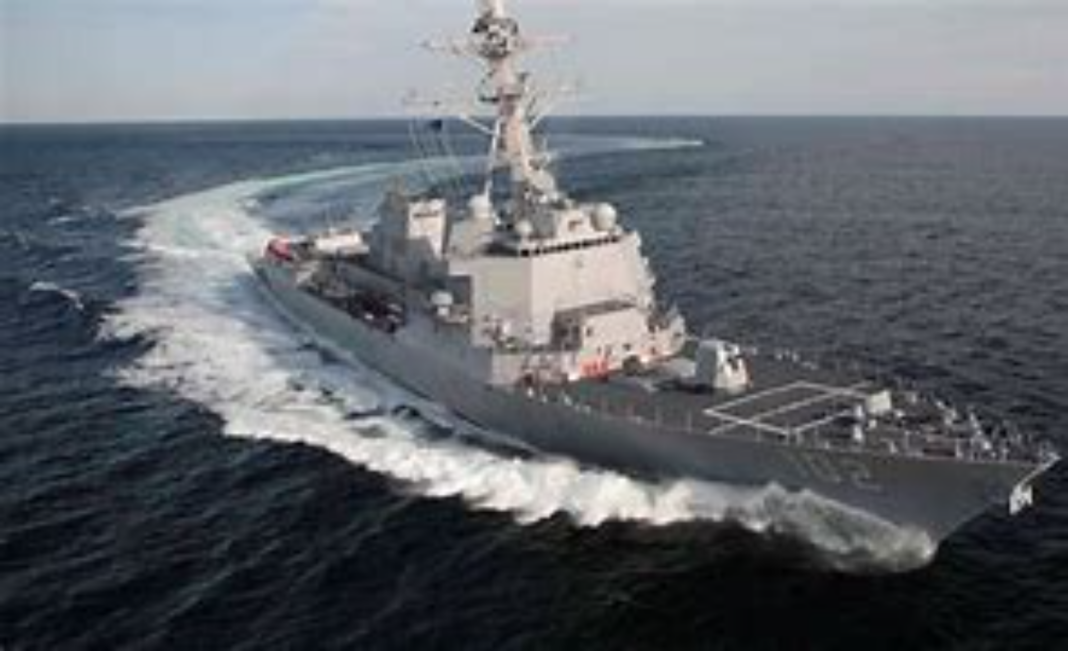 If anyone was hoping for an easing of tensions in the South China Sea between Washington and Beijing you will apparently have a bit longer to wait. On Monday, the Chinese government claimed that their military had run a United States destroyer, the U.S.S. Benfold, out of the disputed straits in the South China Sea. They didn’t specify a specific date or time for the alleged event, but claimed that the American ship was in the waters between the Philippines and Vietnam that the Chinese have been trying to claim as their own. They claim that Chinese naval and air forces “warned and drove” the ship out of the area. This is hardly an open and shut case, however, as we’ll get to in a moment. (Daily Caller)

The Chinese People’s Liberation Army said that it forced a U.S. warship out of the hotly contested South China Sea, The Associated Press reported.

People’s Liberation Army (PLA) naval and air forces pursued the U.S.S. Benfold after the American destroyer entered an area claimed by the Chinese located between the Philippines and Vietnam, Beijing said on Monday, according to the Associated Press. The forces “warned and drove” the U.S. ship away, the PLA said.

“The US action seriously goes against the international law and basic norms governing international relations, which is yet another ironclad proof that the United States has been pursuing navigation hegemony and creating militarization of the South China Sea,” PLA spokesperson Col. Tian Junli said in a statement. “Facts have proved that the US is in every sense a ‘security risk maker in the South China Sea.’”

We had a number of sentences in a row there that all start with some variation of the phrase “China claims.” As we know from past interactions with them, that doesn’t necessarily mean that what they are saying is an accurate reflection of reality (to put it kindly). Perhaps we should check in with our own Navy and find out their version of events.

It appears that the Benfold was indeed in that region of the South China Sea recently. But nobody “drove” her away from anything. The Navy said the ship had “conducted its operation in accordance with international law and in international waters.” In other words, the captain had a mission to complete, they got the job done and departed in a routine fashion. I don’t doubt that the Chinese were sending radio traffic saying we were in their waters and advising us to leave, but the US Navy’s only response to such messages is to disagree about the territorial waters claim and go about their business.

China’s Foreign Ministry spokesperson piled on and doubled down on their claims saying, “China’s sovereignty, rights and interests in the South China Sea have been formed in the course of a long history. They are supported by abundant historical and legal basis and upheld by the Chinese government all along.”

That is, as the President might say, a load of malarkey. Those are international waters and there is no “long course of history” showing the contrary. I can attest to that personally, as I’ve sailed through that precise area at least half a dozen times with my old carrier task force. Of course, back then it was the Soviet navy we were playing cat and mouse with, not the Chinese. China didn’t really have any sort of military naval presence in the straits back then.

The only “abundant legal basis” for China claiming those waters is the legal opinion of the Chinese Communist Party. It was just this weekend when we celebrated the fifth anniversary of an international tribunal’s ruling in favor of the Philippines over China in terms of the status of those waters. It was also when Biden delivered his statement that we weren’t going to back down in the South China Sea.

Whether the Benfold conducted routine operations or altered their schedule, it wouldn’t have been because of any pressure from China. If there was a change in the orders, it would have come from above. Otherwise, the Captain would have carried on with the mission and defied the Chinese to try to stop him. That’s how we roll out at sea, folks. China’s story is full of holes.

China:Evergrande at the brink of default again!!