Home Politics China:Is Joe Biden In the Pocket of the Communist Party? 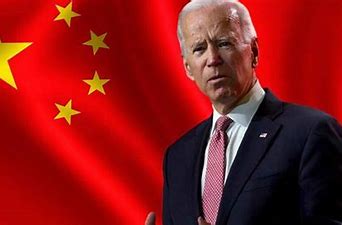 Peter Schweizer is an excellent researcher who has built a solid body of work that, among other things, exposes corruption in America’s political class. His most recent book, Red-Handed: How American Elites Get Rich Helping China Win, is the most sensational yet. The New York Post has a long excerpt from Peter’s book relating to Joe Biden and his family (links omitted):

For those wondering why Joe Biden is soft on China, consider this never-before-reported revelation: The Biden family has done five deals in China totaling some $31 million arranged by individuals with direct ties to Chinese intelligence — some reaching the very top of China’s spy agency.

Indeed, every known deal that the Biden family enjoyed with Beijing was reached courtesy of individuals with spy ties. And Joe Biden personally benefited from his family’s foreign deals.

What are these deals? And who are the individuals who made them happen for the Bidens?

Here, then, are a few key facts about the Biden family’s $5 million-plus deals with individuals in bed with Chinese intelligence.

The $31 million is not the gross amount of the transactions, but rather the cut that went to the Bidens. I won’t try to summarize all of the information at the link, but this graphic is a start. Click to enlarge:

This shouldn’t come as a surprise. Hunter Biden’s abandoned laptop, along with emails from other sources that emerged soon thereafter, have amply documented Joe Biden’s China-related corruption.

What is shocking is not so much the facts surrounding our president’s corruption, but rather the fact that our corporate media have closed ranks to prevent voters from learning about it. One gets tired of the “If Joe Biden were a Republican…” mantra, but still: the point is indisputable. Imagine if what we now know about Joe Biden’s entanglement with the Chinese Communist Party had come out four years ago, not about Biden, but about Donald Trump. It would have been the greatest scandal of the age, and Trump likely would have been impeached.

But because our press is desperately trying to prop up the failing Joe Biden, many Americans, perhaps most, will never learn about his corrupt relationship with the Chinese Communists–even though our relationship with China, our primary geopolitical rival, is one of the most important issues facing our republic. Is Joe Biden corrupt? Absolutely. But is there an institution that is even more corrupt? Yes: the American press.

Here is the good news: Red-Handed is currently the number one best-selling book on Amazon.

The Left With their idiotic policies