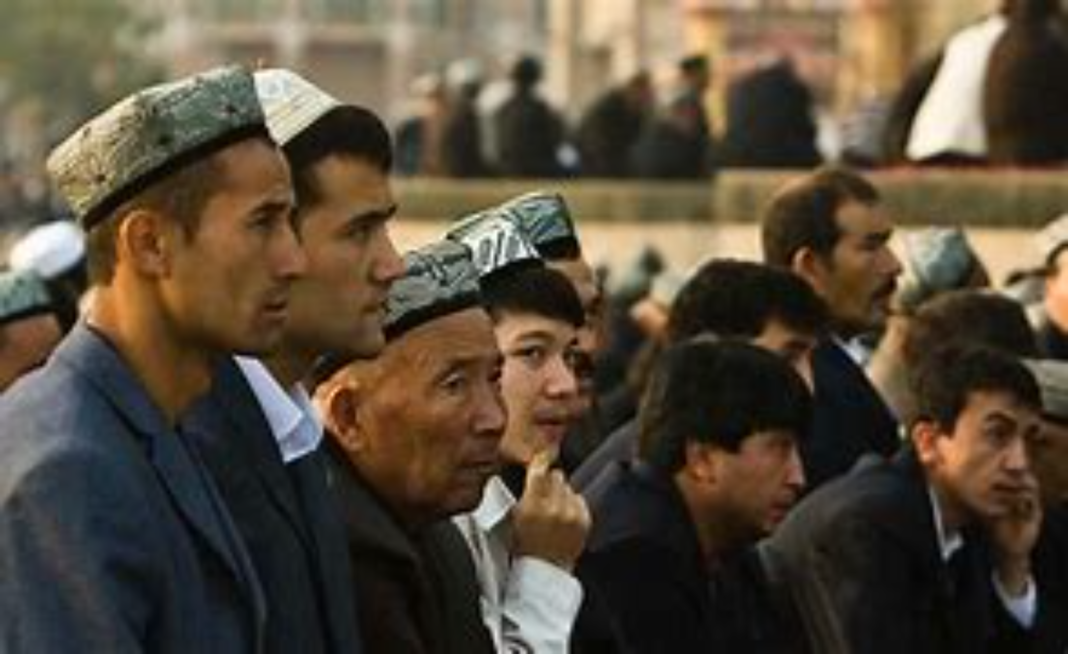 Bethany Allen-Ebrahimian, who covers China for Axios, vehemently objects to today’s Morning Jolt newsletter, specifically the contention that, “We know that if the New York Times ran a giant, above-the-fold, ten-part series about the genocide of the Uyghurs, that would kill off the company’s access to the Chinese market for a long time.”

Allen-Ebrahimian was the lead International Consortium of Investigative Journalists reporter for the China Cables, “a trove of highly classified Chinese government documents which revealed the inner workings of China’s detention camps in Xinjiang and the high-tech security state it has built there.”

Over the course of the year of 2019, the New York Times wrote seven front-page stories about Chinese abuses of the Uyghurs: a February 21 article on Chinese authorities turning to a Massachusetts company and a prominent Yale researcher for DNA tracking; an April 4 story on Chinese start-ups building algorithms that are used to track Uyghurs; a May 23 story on China’s “spying state”; a November 24 story on Chinese leaders’ struggling to manage Xinjiang sites swelling with Muslim detainees; a December 3 story about mass DNA collection efforts, a December 29 story on ethnic minority children being placed in boarding schools, and December 31 story on being forced into work programs.

While we can quibble with where the stories were placed on the front page and how much readership there is on a day like December 31, seven front-page stories about Chinese human-rights abuses of the Uyghurs over the course of a year — and three in a single month — is undoubtedly more than any other non-China-focused newspaper in America.

Other pieces were online “interactive experiences” such as this one on surveillance in April 4, 2019, and an expose of “400 pages of internal Chinese documents provide an unprecedented inside look at the crackdown on ethnic minorities in the Xinjiang region” in November of 2019. (For what it is worth, that expose was not featured on the front page of the New York Times the day it was published.) On December 9, the New York Times podcast “The Daily” focused on China’s detention camps. On December 30, 2019, the paper offered a video presentation on Chinese labor programs. The Pulitzer committee named the Times reporting on China a finalist in 2020.

So it is wrong to contend that the New York Times turned a blind eye to the ongoing human-rights abuses in China, and if what I wrote today’s Morning Jolt created that impression in readers’ minds, I regret it. From where I sit there are plenty of legitimate criticisms of the New York Times, but “they’re afraid to cover the abuse of the Uighurs” is not one of them.

With all of that said . . . these news stories largely came and went without making much of a splash in the busy, often Trump-dominated news cycles of 2019, nor do I think they made much impact on American attitudes towards China. Perhaps I should have been clearer, but I don’t think this is quite the hypothetical “giant, above-the-fold, ten-part series about the genocide of the Uyghurs” that I described. Or perhaps these stories would have gotten more attention if they had been touted as a seven or ten-part series, one after another, day after day, rather than coming out roughly once a month or so. Each article’s revelations could or should have stirred public outrage at the regime in Beijing, but whatever outrage it did generate quickly dissipated, as opposed to a steadily building daily reminder that one of America’s largest trading partner is engaged in an ongoing genocide, and that much of the world — including, reportedly, President Trump — do not think that is worth our concern.

I do think there is a difference between the way the New York Times covers China’s appalling human rights abuses — in depth and with great deal of detail, but intermittently — and the much closer-to-home, much more predictable political fights of Donald Trump, Mitch McConnell, or Ron DeSantis — a relentless steady drumbeat, with fiery denunciations on the op-ed page almost every day. And considering the consequences of genocide, one might think that ought to be prioritized. But again, it is wrong to contend that the New York Times has been hesitant to cover the ongoing genocide of the Uyghurs.

My perception is that the New York Times’ coverage of China was likely shaped less by what the paper’s foreign news bureaus were doing and more by the paper’s op-ed page running columns like Hong Kong Executive council member Regina Ip’s “Hong Kong Is China, Like It or Not,” Peter Beinart’s May op-ed declaring deterring a Chinese invasion of Taiwan is impossible, and Thomas Friedman’s “if only we could be like China for a day” perspective. But news reporters should not pay the price for what the op-ed page runs.

By the way the 2020 Pulitzer Prize for International Reporting did go to another team at the New York Times . . . “for a set of enthralling stories, reported at great risk, exposing the predations of Vladimir Putin’s regime.”