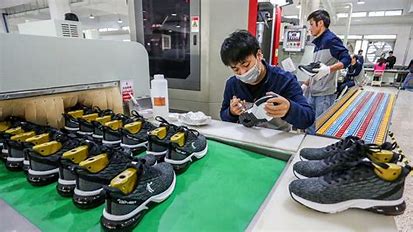 Chinese ruler Xi Jinping has staked his rule on making China larger, by annexing neighbors. Taiwan is not his only target. He needs success to assure a precedent-breaking third term as the Communist Party’s general secretary, but the Chinese people, preoccupied by a failing economy, are in no mood for their leader’s aggression.

We start with the Party’s storyline that the relaxation of COVID-19 lockdowns is leading to an economic revival.

Don’t believe it. The ongoing downturn is not merely the result of disease-control measures. The most fundamental problem is that Xi has been reversing reforms and reinstituting strict state control. He is a totalitarian at heart.

The second-most fundamental problem is that China is carrying a staggering load of debt. The Bank of International Settlements estimated that the country’s debt was equal to about 290% of gross domestic product in late 2020, and there has subsequently been a rapid accumulation of indebtedness, during the pandemic. When adding the so-called “hidden debt” and deflating GDP to minimize the effect of inflated official reporting, the country’s ratio is now around 350%.

The debt, however large it may be, is distorting the economy, especially the crucial property sector, which accounts for about 30% of GDP. Home prices are declining country-wide, but, more worryingly, sales volumes are plunging. Home sales fell 34.5% in the first five months of this year compared with the same period last year. Property developers are defaulting one after another. One of them, Evergrande Group, is struggling under $305 billion in obligations.

Banks are troubled. There have been at least six bank runs since mid-April, in Henan and Anhui provinces. There are restrictions on deposit withdrawals elsewhere, including Shanghai, the financial capital. China’s banking system is showing the strain of an economy that looks like it is contracting.

Investors are fleeing. The bond market in May recorded its fourth-straight month of outflows as  investors chased higher yields in the U.S. The Chinese central bank cannot match the Federal Reserve’s rate hikes because higher rates in China would push the economy deeper into the red. The renminbi, not surprisingly, is trading at its lowest level in 20 months.

Beijing cannot expect others to come to the rescue by buying Chinese products, like they did in 2020. The world, unfortunately for the party, is headed into recession or worse. It will be a “calamity,” Charles Ortel of the “On the Money” podcast tells me. As he notes, “Not since the OPEC oil shock have global economic conditions been so unsettled.” With trends moving against Beijing, the world’s next great economic crisis will almost surely be China’s.

Chinese foreign policy since 1949, when the Communist Party came to power, has had one overarching goal: the maintenance of Party rule. Therefore, the world should expect Beijing to engage in even more nationalistic behavior to justify its existence.

In fact, the Party is increasingly belligerent. The Chinese military, for instance, violated sovereign Taiwan airspace in February and in late May intercepted and damaged an Australian reconnaissance plane in international airspace over the South China Sea. This month, General Wei Fenghe, the defense minister, made threatening public comments directed against the United States during the high-profile Shangri-La Dialogue, a security conference in Singapore.

Yet Communist Party aggressors face a fundamental problem, something evident from their unwillingness to come clean about battlefield losses. It took them eight months to admit they had suffered four dead from a sneak attack they launched against India’s forces in June 2020 in Ladakh in the Himalayas. Chinese officials, according to both Indian and Russian estimates, undercounted the dead by a factor of 11.

The skittishness of the regime suggests its leaders know that the Chinese people, suffering from an economic downturn, are in no mood for another military misadventure abroad. A combined air-sea assault on Taiwan, even if successful, would result in massive Chinese casualties.

Xi Jinping, however, wants to march on neighbors, so peace in Asia depends in large measure on whether the Chinese people are able to restrain him. The millennia-old contest between China’s rulers and its people has never been more consequential.

Gordon G. Chang is the author of The Coming Collapse of China. Follow him on Twitter @GordonGChang.