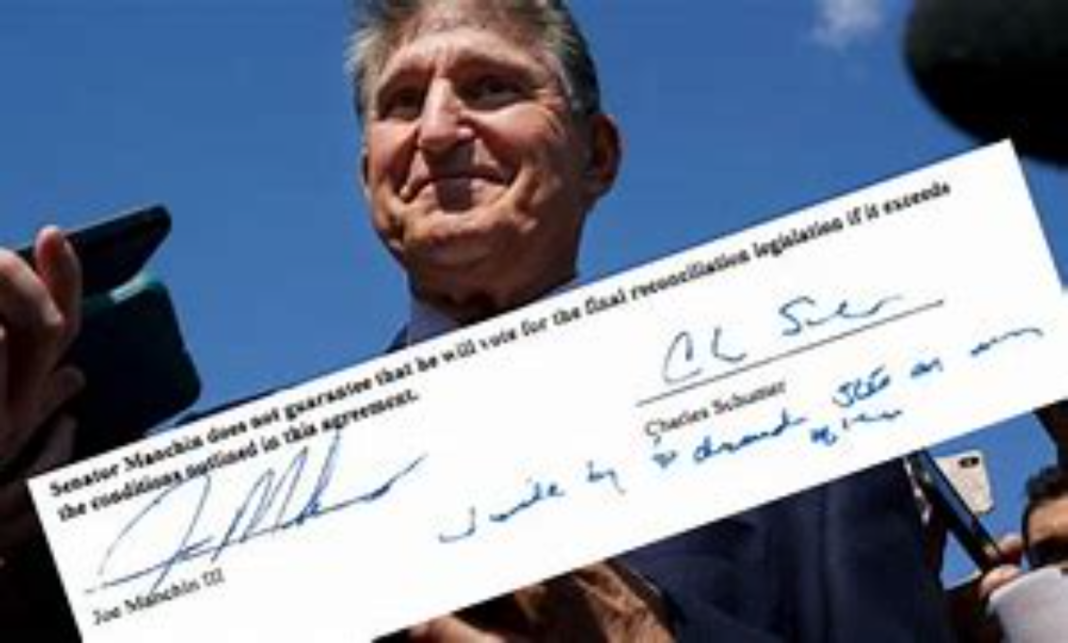 The tension between Democratic senators was palpable Thursday after Senator Joe Manchin released a secret memo that he and Senate majority leader Chuck Schumer had cosigned back in July. It outlined Manchin’s demands to dramatically reduce the Biden Budget Buster bill’s spending.

“Democrats appeared tense as they entered their weekly private meeting yesterday,” Politico reported. Manchin did not speak or answer questions at the meeting, and Democrats refrained from criticizing Schumer for not letting them know about the state of his negotiations with Manchin for over two months.

But it was clear Democrats were miffed.

“It’s pretty sad if you ask me,” Senator Mazie Hirono of Hawaii told reporters, according to the Huffington Post. A bill totaling $1.5 trillion would force Democrats to abandon programs such as free community college and prekindergarten and new subsidies for green energy.

Schumer kept many of his members in the dark about the existence of the document, which stayed secret for over two months as lawmakers pressed forward with expectations of a larger bill.

He even kept members of his leadership team out of the loop.

Senator Elizabeth Warren, vice-chair of the Democratic conference, said she was “not pleasantly” surprised by this news, in a classic case of understatement.

Republicans were happy to discuss the dissatisfaction with Schumer they are picking up from Democratic colleagues. Senator Tom Cotton told Fox News: “I think Chuck Schumer may also be hearing footsteps behind him from a possible Alexandria Ocasio-Cortez primary challenge next year.” He said Senate Democrats are currently “incapable of organizing a one-car funeral.”

One thing has become clear. Chuck Schumer has always been a genius at generating media coverage and is a prodigious campaign fundraiser. But in serving as majority leader, he has shown little imagination, a ham-handed approach to negotiating with his own members, and an inability to stop House speaker Nancy Pelosi from pushing him around.

Verdict:What does trial of Ahmaud Arbery’s killing taught us about...